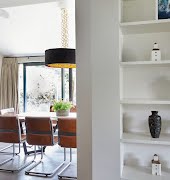 We Need To Talk More Openly About Fertility

Channel 4’s recent adaptation of Margaret Atwood’s 80s dystopian masterpiece, The Handmaid’s Tale, is still ringing in many people’s ears. A powerful piece of apocalyptic storytelling set in the near future, its depiction of the rise of the ultra conservative Christian nation Gilead, whose aim is to subjugate women in the face of steeply declining birth rates and take control of their fertility – felt very real.

And aired against the backdrop of the current Whitehouse administration, many of its themes plugged right into current concerns. But the central motif of fertility would have struck a chord with many, and also the adjunct that, as portrayed in the drama, it is mostly seen as a woman’s issue to, quite literally, bear. The reality is male fertility is worryingly on the rise. A study just published by scientists at the Hebrew University of Jerusalem found that sperm counts among men in the West have more than halved in the past 40 years and are currently falling by an average of 1.4 percent a year. This is something particular to the Western world, and no-one knows why.

At the moment there is little research into what causes male infertility, and little that can be done about it, a measure in itself of how much more female-centric the focus has been. So as scientists scramble to get a handle on what is happening, and with headlines like? ?The infertility crisis is beyond doubt? appearing in mainstream media, what is clear is that no matter where the issue arises, it looks like fertility issues are only going to become more and more common, potentially a part of the everyday.

Which in itself means, I think, that it’s time we started to talk more openly about it, and not keep it swathed in hushed tones, and marked out as taboo. Couples mostly don’t talk about their struggles to conceive (one in six in Ireland are). This reticence?is understandable but also not talking about fertility issues means that it will continue to be a source of shame for some. It also means all of us may be dropping exploding bombs into conversations unknowingly, blabbing about our kids to someone whose one true desire is to be a parent themselves.

The fact is unless you have really struggled to have a baby, most of us are pretty ill-informed about fertility, and how extraordinary it is that any of us are here at all. Let alone that some of us, including me, have managed to become parents later in life. The reality is that in the animal kingdom, we are pretty much rock bottom when it comes to conception rates. Our closest relative, the baboon has an 80 percent chance of success with one mating, ours is just 15 percent – which seems kind of crappy odds in the scheme of things.

What is seen as something relatively commonplace can take on extraordinary dimensions when it becomes something out of reach. Anyone who has tried to get pregnant for any prolonged period of time knows this. Conception becomes a holy grail that goes beyond winning the lotto, career highs, pretty much anything else you can name at the time. It does crazy stuff to your brain. When you are struggling to get pregnant you start to see pregnant women everywhere and wonder if they know their fortune, how it could have been so easy for them, while knowing nothing of how they made it there.? ?

Learning of someone else’s joy can be crushing, though you desperately want to be happy for them. It’s like all the trains are leaving the station, and there is no guarantee that another will ever come and get you. Something so relied upon, seen as such a given that to be confronted with the prospect of it not happening is completely mind-altering. It’s a total fork in the road. To make the decision is one thing. To have it made for you is something else entirely.

It is such a tender subject that it is understandable people aren’t dropping their conception updates at the local shop. But at the same time, people’s struggles are still often hidden away to the point of isolation and shame. I interviewed a leading fertility expert in the UK recently who was shocked at how often couples going for IVF wouldn’t confide even in their closest family and friends – given that it is up there with some of the most stressful life events, this seems unhealthy to say the least.

Surely one way to unlocking the conversation has got to be about stripping back the ideas of success and failure around it – that somehow it is linked with your ability as a woman, or your virility as a man, and that we somehow control the outcome, that it is ever anyone’s fault, that it is anything other than a medical condition like any other. Consider it this way, would you blame yourself for having a hereditary heart condition, or diabetes? Fertility struggles are a normal human event, and we are perhaps fortunate enough to live in an age where we can, to some extent, do something about it. It’s time we discussed it for what is, giving it its due importance and respect as one of the really seismic life events that can befall you. Then perhaps we can somehow all share the load, even just a little.