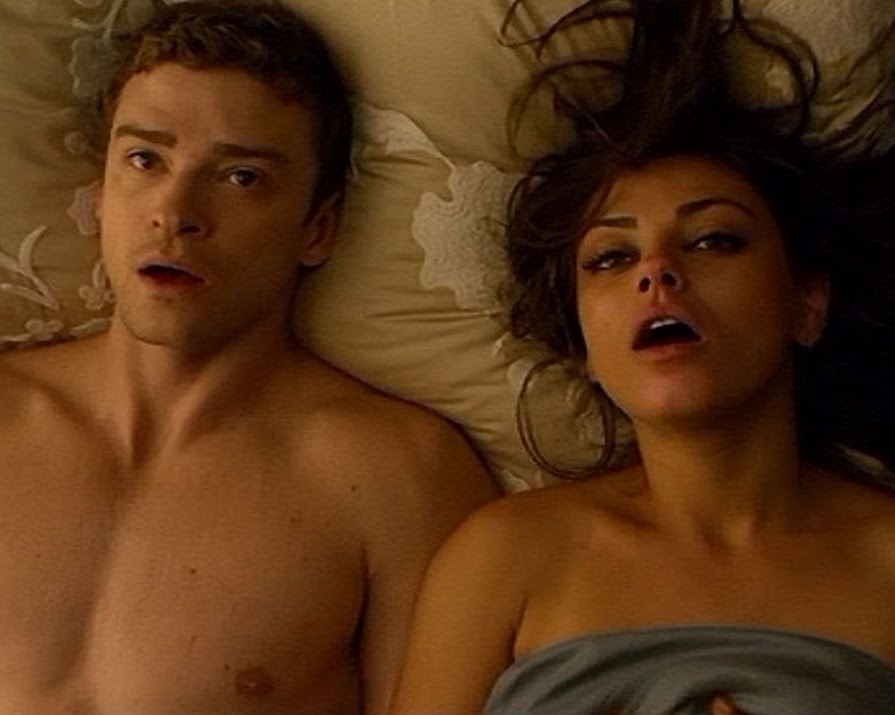 On telling a friend that I was writing a piece about how the movies get everything wrong when it comes to sex, she replied that a far easier challenge would be to come up with virtually any film that gets it right when it comes to sex. Indeed it’s a rare celluloid sex scene that doesn’t elicit a giant scoff from me or my husband at some point. And it certainly wouldn’t matter that Hollywood rarely nails the nailing on film, were it not for the fact that most people (certainly of my generation in our beloved but somewhat repressed country) glean most of their from people doing it in movies.

I distinctly remember feeling utterly BETRAYED by Hollywood on the occasion of losing my virginity. All the virginity-losing scenes in the American coming of age films never mentioned the awkwardness or the mess or the total lack of sexual satisfaction.

A further betrayal occurred when even after a few more goes things weren’t that much better. In the movies a couple meet at a partyIt wasn’t until I was a few years older that I began to realise that most couples need to do a little training when it comes to getting the sex part right.

No one in the movies has ever had to remove a pair of skinny jeans as far as I can tell.

Ah So THIS Is Why Men Don’t Get Foreplay

The movies have given men a very skewed notion of what is required of them in terms of foreplay: nothing basically. It’s a huge disservice to women, Not something we should be that surprised about when it comes to Hollywood, I suppose.

What About The Often Highly Technical Instructions Required To Get Started

No one in the movies ever seems to have to do any light directing on this matter. In real life getting the thing locked and loaded can be reminiscent of an air traffic controller landing a boeing.

The slapping, the squelching, the grunting. On film it’s only ever either very mild, inoffensive moaning or else ridiculous, hyperbolic screaming.

The Pace Never Seems To Amp Up

The old jackhammer move that we all know and love (eh… like???) is usually nowhere to be seen during the super caring, nearly somnolent gyrating enjoyed by the actors on screen.

Okay, maybe I’m just painfully uncoordinated but I maintain that soup and genitals do not mix – at best it’s dangerously slippery at worst, it’s stingy. Same goes for sex on the beach. I refuse to believe that anyone in the history of the world has enjoyed sex on the beach, think of the knee burn and if so much as ONE grain of sand strays into the wring area… well, fun times are over.

As with any sweeping generalisations, there’s always a few exceptions and these films deserve a mention for at attempting to portray sex realistically.

Virginity losers would do well to watch this brilliant coming of age story with a twist for it’s hilariously awkward sex scenes.

No where will you ever see a drunken sex scene quite like the one between Katherine Heigl and Seth Rogen, it’s actually comforting it’s so bad.