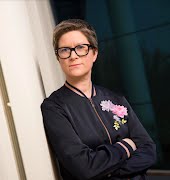 Movie Review: What If

Daniel Radcliffe in What If

We’ve finally caught a glimpse of the latest in unconventional love stories, this summer’s What if and truth be told, we’re a little bit in love.

Despite being the proud feminist and critical-thinking English literature degree holder that I am, I am a sucker for rom-coms. I have watched every single one that I’ve been able to find, re-watched them and sometimes mid-stressful situations, sought out short Youtube clips of my favorite ones to calm me down.

Between the cringey clich’s, daft crooning and swooning and the inevitable conclusion, I just can’t get enough. However, in recent years, and much to my disappointment, the number of rom-coms being produced is decreasing because, well, there’s only so many clich’s you can trot out from this trope before ruining any semblance of originality for the genre we know so well. The romantic comedy, as far as Hollywood was concerned, was all but dead.

Or so we thought…

It turns out that while big screen boy meets girl movies have decreased, public audiences thirst for a rom-com has not. Rather, they have turned their attention to indie movies which allow for more complex and realistic portrayals of love and relationships told with slightly offbeat characters and unconventional story-lines. Think Once, 500 Days of Summer, Garden State etc.

This summer, however, the rom-com is taking a new direction, with Michael Dowse’s quirky romantic comedy What if uniting the indie style portrayal of romance with the big screen, and in turn, breathing new life into this well-trodden genre.

Although you may spend the first few minutes of the show acclimatizing to Daniel Radcliffe as a romantic lead, What if is an original and hilarious romantic comedy that begins like every other boy-meets-girl story, yet quickly U-turns into an unconventional portrayal of the complex issue of friendship and forbidden attraction. Set in Toronto, Radcliffe plays Wallace, a young med school drop-out who is seeking romance after heartbreak as well as direction in his life. Enter Chantry, played by the darling Zoe Kazan who at this stage in the typical rom-com world would typically become his manic pixie dream girl. Except for one fact: Chantry already has a boyfriend.

Rather than have Radcliffe’s character set about breaking them up (he’s far too nice for that), the movie presents two complex and realistic characters, portraying both their perspectives as their genuine friendship evolves, all the while wonderfully punctuated with witty banter and quirky dialogue.

Both characters are quite lovable and interesting and, adding to the film’s realistic portrayal of young romance and friendship, is an array of side characters and plots which create a community of people that is true to life. However there are perhaps more characters than there is room for side-plots, and as a result, characters are left a little flat, their side-stories undeveloped. Adam Driver however saves this group from complete failure, with his well-captured portrayal of Wallace’s amusing friend Allan. And Jemima Rooper also plays the brilliantly funny Ellie, as Wallace’s harassed single mum sister. These characters make for amusing interruptions to the story’s development as well as helping the main characters avoid too much navel-gazing, typical of many romance films.

For its refreshing portrayal of the ?hipster? counterculture, its search for an alternative setting and storyline and its authentic, non-Darby O’Gill and the Little People reflection of Ireland (yes, they come here), there’s a realism to this film that deserves to be acknowledged.

While loosely following the rom-com trope of ?friends or maybe more?, What if succeeds in reinventing the traditional rom-com with off-beat humor and quirky originality, breathing new life into an oft suffocated movie genre. So, for all you lovers of rom-coms ?thirsty for a fresh take, What if is the romance for you. Although it’s not perfect it’s certainly a positive sign for the future of romantic comedies.