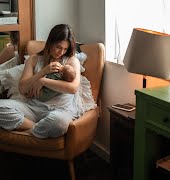 The faraway nearby – how Morocco defies your expectations…

Marrakesh is pink-hued and Cairo-chaotic, set near the foothills of the Atlas Mountains in an arid landscape. Mopeds beetle in and out of the traffic, and as soon as you get out of the taxi there are a half dozen people looking to transport your luggage for you to your hotel, a recurring element of life in Marrakesh. It’s full of the frenzy and confusion of life from its smells to its colours, to the comical and unoriginal things you get called in the street. Since Poppy Delevigne had her ‘second wedding celebrations? here a few weeks ago, it is sure to attract more and more upscale tourism, but for now Marrakesh’s tourism seems of the manageable and low-key sort.

What strikes one first and foremost about Morocco, is how exotic it is. With a mainly Muslim population, the Sahara to the South West, and shared borders with Algeria and Mali, this perhaps comes as no surprise. But its proximity and close relationship with Spain, combined with its French post-colonial past, would have you fall into a false sense of security about it being a beginner’s guide to Africa. It is not. Morocco is fast and difficult and worth it as it’s stunningly beautiful.

Life in Marrakesh centers around Jemma El Fnaa, a square where you find everything from snake charmers to monkeys, and even an occasional pet vulture. Tuk-tuks, off-colour yellow taxis and horse-drawn carriages fly across the square, which is entirely shadeless and sweltering. In early june it’s 40 degrees at 2 pm. But it is really by night that the place comes to life, as the multiple stands or souks are marched into the square by their respective owners, offering everything from sheep’s brains to fresh fish. Moroccans gather around these and it feels like they are the real deal. Get the fish, served with a little plate of bhabha ghanouj type sauce and peppers. Add to this a coke and a bottle of water and you walk away having paid €3.50. It is incredibly cheap, and stuffed full of flavour.

A place that demands a visit is undoubtedly the Jardin Majorelle. Designed by Jacques Majorelle the painter and potter, and patroned by Yves Saint Laurent, it is of an irresistible beauty. Cacti and the Majorelle blue combine to create an evocative garden embued with mystery. The little museums feature Yves Saint Laurent’s ?Love? posters he used to send to clients every Christmas, whilst it also has one of the more important collections of Berber artefacts. Should not be missed.

If you are doing the usual trajectory from Marrakesh to Essaouira, you should absolutely consider taking a few days off to stay in the Atlas Mountains. One of the highest mountain ranges in the whole continent, these are breathtaking at every juncture, with a landscape that goes from remote Berber villages carved into rocky mountain face, to lush cherry groves. If you pick a proper tour such as the Atlas and Sahara one, you’ll find that you are brought on a fairly strenuous trek across the mountains accompanied by a guide, the cook and a mule. All this makes the rewards that follow all that much sweeter, as you’re hosted in a Berber village and taken care of. The villages and the landscape are as startlingly other-worldly as they are beautiful.

If you’ve headed to Essaouira it’s either because someone told you that it’s a good spot for surfing, or because you’ve heard that Game of Thrones was shot there. Both facts are correct. Nicknamed ?the windy city? Essaouira is a stunning medieval fortress town set against a dramatic rocky coast-line. Life takes place mainly within the walls of the ‘medina?, the old town, and it is fair mixture of tourist trap and the real deal. One of the best times to visit is June, when it hosts one of Morocco’s more important music festivals, the Gnaoua World Music Festival, which features some of the top acts in West African and Moroccan music. A working port and a popular kite-surfing spot, Essaouira is one of the best places to enjoy some fulll-scale beaching. It comes at a price however, as it’s one of the places you are most likely to get hassled in. The narrow lanes and streets that dot the medina are full to bursting with little shops and vendors, all spilling forth in an exuberance of leather goods, argan oil, carpets and cotton shirts. People often describe it as being one of the more European cities in Morocco, and part of this has probably to do with the fact that you can find alcohol being served in more venues than you would in Marrakesh. One of the best places to visit is undoubtedly the newly opened Loft, that combines modern and classic d?cor in a colourfully bombastic look, and an impeccable menu. It’s incredibly cheap and the young rookies that run it are some of the nicer people you’ll come across. In terms of places to stay, pick somewhere pinned against the medina walls facing the sea – it suddenly comes upon you in a dramatic fashion. Casa Del Mar is perfect for this specific purpose, with beautifully decorated and spacious white rooms.

Morocco needs to be prepared for mentally more than anything else. If you decide not to read a guide book or any literature about it (which can often be a good thing), then at least go prepared for things to go wrong. Calculate haggling, mild food poisoning, a lack of venues that sell alcohol, and some manageable harassment if you’re a woman. But above all, prepare to be utterly taken aback by how exotic and beautiful it is at every juncture. Like all good things worth getting your head around, the difficulty only makes the rewards sweeter.