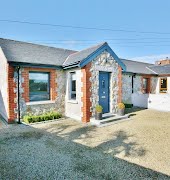 ‘Discrimination’: Miss World stripped of crown for being a mum

Veronika Didusenko accused the Miss World organisation of discrimination after being forced to give up her crown because she did not meet the entry requirements.

Four days after model Veronika Didusenko won the title of Miss Ukraine in 2018, Miss World officials took away her title after they discovered she is a mother, which violates the pageant’s rules.

Now, she has decided to challenge the organisation and this week announced she is suing the Miss World organisation, with which the Ukrainian competition is affiliated, saying that the entry requirements — including that contestants be unmarried and childless — are a form of discrimination.

“We say that under the #EqualityAct 2010 the entry policy operated by #MissWorld is discriminatory on various grounds, namely marital status, and pregnancy and maternity,” she wrote on Instagram.

“The Equality Act protects against discrimination based on certain characteristics, including marriage, maternity and sex. The reason I was not allowed to compete in Miss World after winning the title #MissUkraine is because I had been married and have a child. Denying me the chance of competing on those bases breaches those protections against discrimination.

I don’t want the crown back. I want to get the rules changed for wider society. These rules are a systemic, widespread and international policy that results in discrimination on a large scale across many countries.

Miss World said in a statement on Wednesday that Didusenko had been disqualified because she “gave false information on her application”.

According to the New York Times, she admitted she did not disclose her son at the time, but denied lying, citing her single status at the time of entering the contest.

Related: I’m officially too old to enter the Rose of Tralee. What is THAT about?

The fact that the pageant is still running with such rules enforced – the website lists the requirements, including the rules about marital status and childlessness, but also restrictions on age and height – is merely a sign that it is not of the times.

Our own Rose of Tralee has the same age restrictions and similar concepts are no longer excused. The once-hyped Victoria Secret show has been scrapped altogether, its one-dimensional depiction of the female form using picture-perfect models rendered unacceptable, particularly post-#MeToo.

As to why mothers are unable to enter Ukraine’s Miss World, Yuri Ageiev, the head of the Miss Ukraine committee, also told the New York Times, the hectic schedule of the winner was unsuitable for women with children because it “may negatively affect the upbringing of a small child who will be deprived of his mother’s love.”

Related: Cannes mother and baby row: Another sign the festival has a long way to go

He also said that Didusenko had agreed to the rules upon entering the contest.

Perhaps the focus of battle here should be why these pageants are still running in the first place, rather than trying to fight an outdated system, so reluctant to change or feature modern women as they really are.