Miley Cyrus put herself back into the spotlight this week with a tweet about one of her many controversial moments as a teen star. In 2008, when Cyrus was just 15, she famously posed nude for a Vanity Fair shoot by photographer Annie Leibovitz, in which the front of her body was covered by a sheet. Because of Cyrus’ age and the fact that she was still working on Hannah Montana at the time, the shoot caused major controversy, with Disney reportedly “furious” at how the actress had been “deliberately manipulated” into posing for the photos.

Vanity Fair and Leibovitz eventually had to defend the pictures, saying: “I’m sorry that my portrait of Miley has been misinterpreted. Miley and I looked at fashion photographs together, and we discussed the picture in that context before we shot it,” in a statement. 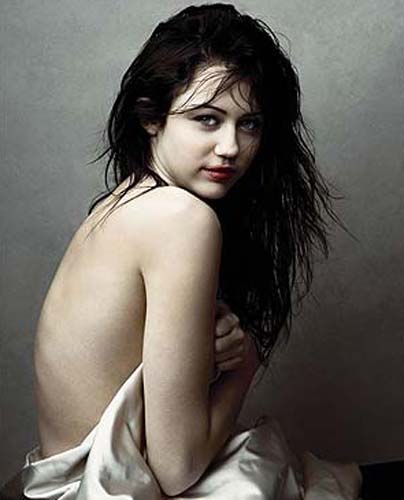 In a response to the negative reaction to the photos, Cyrus apologised. She said in a statement: “I took part in a photo shoot that was supposed to be ‘artistic’ and now, seeing the photographs and reading the story, I feel so embarrassed. I never intended for any of this to happen and I apologize to my fans who I care so deeply about.”

All of this was 10 years ago, and a lot has happened since this initial ‘Cyrus controversy’. The past decade has seen Miley Cyrus get engaged; crop off her hair and dye it platinum blonde; simulate sex acts with a foam finger live on stage; swing on a wrecking ball; break up with her fiancé; dabble as a hip-hop artist; become a vegan; return to country music; get back together with her fiancé; and become a judge on the U.S version of The Voice.

This week, on the anniversary of the shoot and subsequent outcry, Cyrus revisited the issue with a message from her Twitter account:

Cyrus has been through a very eventful ten years. But as many of us know, the ten years between our 15th and 25th birthdays do tend to be very eventful (maybe not performing-on-stage, making-albums-eventful, but you catch our drift). We explore relationships; careers; independent life; family; friends and how to be an adult in this pivotal decade, and many of us are very happy at the fact that these explorations are not broadcast to the world. But for someone like Miley Cyrus, they are.

As a child-star turned adult celebrity, Cyrus has lived most of her life in the public eye and has had to play out her key life decisions to the tune of millions of opinions. In recent years, she seems to have adopted more of an “I-Don’t-Care” attitude to her fame and position as a supposed ‘role model’ for young girls. Her change of tune from sweet country girl to wild party animal garnered a lot of negative feedback from fans, but in hindsight, could you really blame her? How would we feel if our emo-phase at 14, or our college nights out at 19 were subject to public opinion? No doubt we may have gone a little over the top too.

Nowadays, we see Cyrus returning to her role model status, but in a very different way. She has found her own voice, and advocates for young women to be themselves, fiercely and unapologetically. She is also a staunch animal rights activist, and is seen as an ally for the LGBTQ+ community due to her frequent shows of support for equality. Although she’s not the same girl we knew ten years ago, I’m not sure any of us are either.

Have you listened to our latest podcast, The Spill? This week’s episode talks about designer vaginas, beauty politics and bi-curiosity.

Aside from the game itself, here’s what you missed from the Superbowl last night