Love Island: How Michael’s behaviour gave us all a lesson in ‘gaslighting’

Reality show ‘Love Island’ has everyone talking for many reasons this summer; most recently, about how Michael’s treatment of Amber is a classic example of ‘gaslighting’

From the very start, I thought he was a good one. The new Jack of the villa. We had to protect him at all costs. He was cool, calm, collected and mature – and he wore his pants and glasses (that he doesn’t actually need) really well.

He and Amber were a slow burn; and like most viewers, I thought they were the OTP: one true pairing. She was fiery, he was calm, and they seemed to balance each other out. They were a strong, cool couple. Good energy, good chemistry and good looks.

However, like many reality TV romances, something was about to hit the fan. This something was Casa Amor, where a bevvy of 12 new singles arrived to start a fire.

Michael’s head was turned by new girl Joanna. Subsequently, he recoupled with her, leaving Amber out in the cold. As expected, potent and unadulterated drama ensued.

To really dig deep into the world of Love Island, you have to remove it from the real world. Love Island is a democracy in itself; the normal societal rules we have come to live by don’t apply. One day is the equivalent of a month. To study and understand the nuances, you have to view it with indifference and without judgement.

Related: Have we gone too far with the
Amy Hart commentary on ‘Love Island’?

It took me a while to decide if I was Team Amber or Team Michael. After much group-chat discussion and a study of tweets on Twitter, I came to my decision: Team Amber, wholeheartedly. My reason? Last night’s episode exposed the alarming and often unbalanced paths relationships can take. 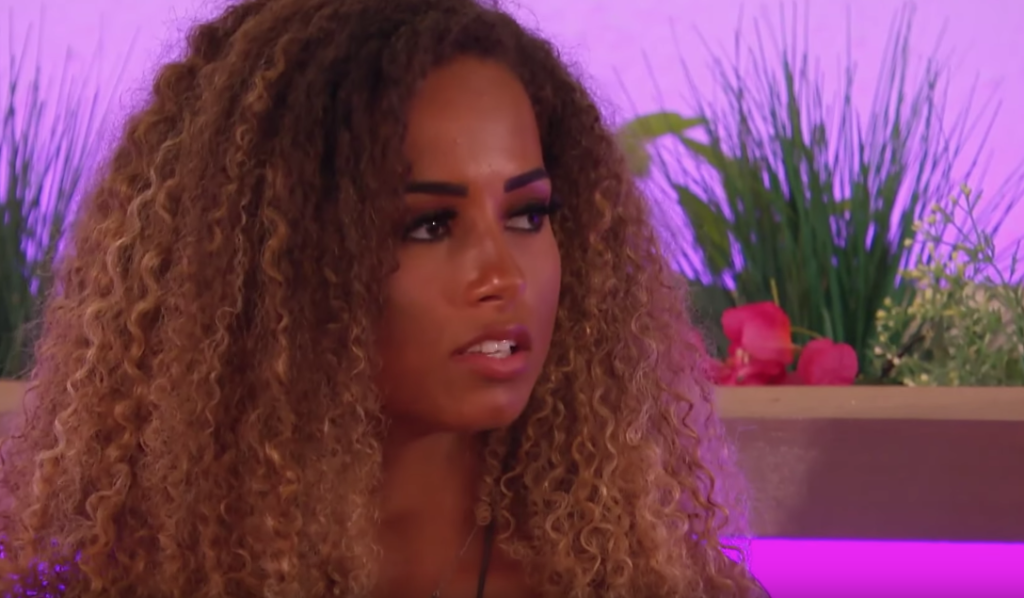 Amber has been known to be childish. She’s rash and hot-headed; meaning sometimes she can come across cold and without feeling. I didn’t agree with how she treated Callum, or how she dealt with the girls when Maura and Elma entered the villa. With Michael, she never fully opened up; and to me, it looked like her insecurities were beginning to bubble to the top. Before Casa Amor, she seemed to believe Michael would stay loyal and true.

Related: Love Island’s Maura gives a masterclass
in how to deal with slut-shaming

Michael, on the other hand, didn’t seem to trust Amber’s intentions. She was closed off and he thought this was her waiting out for something better; rather than trying to protect herself.

When Michael chose Joanna, and Amber strode back into the villa, the courteous thing to do would have been to say, “I’m really sorry. I found someone else and I think we are better suited. I hope we can move on.” Our boy Michael, however, took the long road home. From the minute Amber appeared, he instantly blamed her for his actions. Not once, did he apologise.

Michael used Amber’s anger, decisions and reactions to justify his recoupling. He masked his own wrongdoing with rhetorics such as, “you’re childish” and “pathetic”. At one point, he accused her of raising her voice. Now, maybe we all live on a different planet, but her voice didn’t raise a decibel. 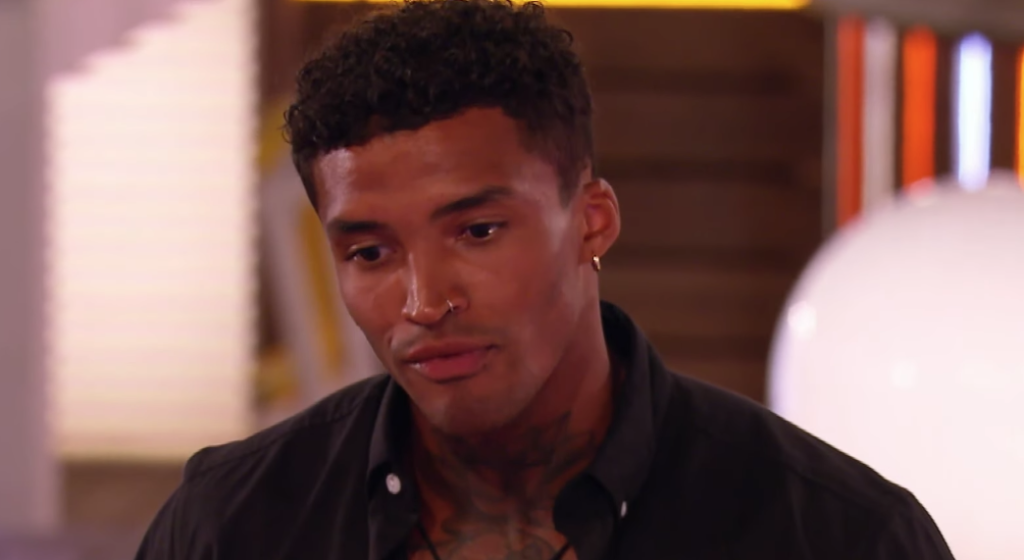 In a real-world context, if Amber and Michael had been a couple for a few months and not weeks, Michael would fundamentally be blaming Amber for him cheating. It wasn’t his hormones, or sexual desire, or wandering eye – it was because Amber ‘forced him to’.

Gaslighting is a term used to describe someone manipulating another by psychological means, to the extent they begin doubting their own sanity and thoughts. Though not as severe in this situation, there are strong hints of gaslighting here. Michael telling Amber that she is raising her voice when she isn’t; he throwing insults her way because she had valid feelings about the situation; he stating if Amber had been different, or had opened up, or didn’t do this or that – none of this would have happened.

I have been at the receiving end of behaviour such as this. To have someone constantly blame you for their actions or outbursts is agonizing. For them to never apologise is frustrating. Then, if/when they finally do, to still attribute their behaviour to your supposed actions is debilitating.

Amber held herself with poise last night. She was composed; she never fired words recklessly and she cried in private. Although unintentional, it was a master move. If she had responded differently, this would only have fueled the fire beneath Michael’s rationale further. She would have been seen as ‘difficult’, ‘crazy’ and even more foolish than he first presumed. 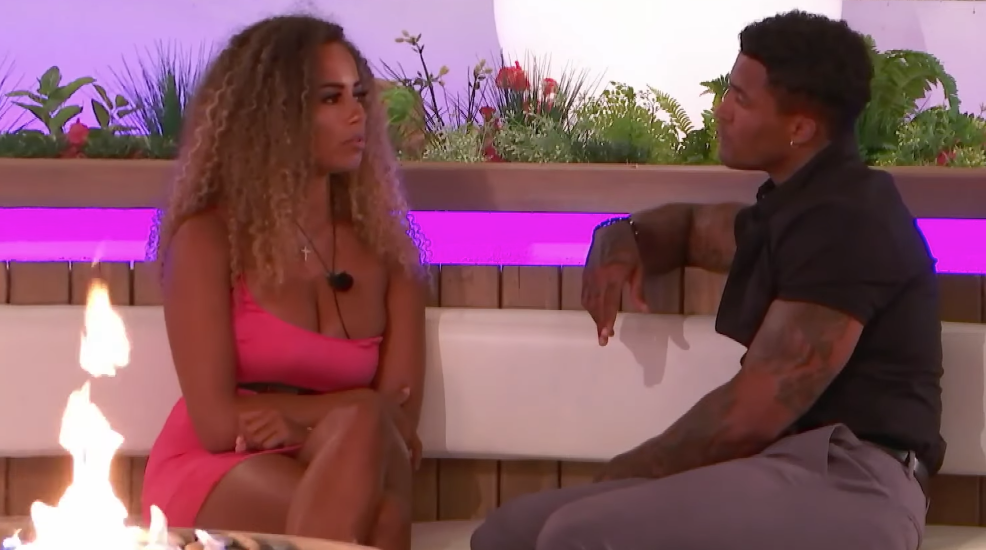 I think Michael feels guilty and knows deep down he has made a mistake. A profession of guilt, however, would hurt his pride and make him appear vulnerable. Toxic masculinity, it seems, has a long way to go before it is obliterated.

Yes, Love Island is only a TV show, but sometimes it provides an insight into the world of relationships; giving viewers a 360-view of how singletons and relationship partners think. Quite possibly, this is the key to the show’s roaring success. Every single person has gone through what the Islanders have, in one way or another. Whether that be falling in love, getting your heart broken or dealing with situations such as last night. We can connect and relate to it, but with a show, we don’t have to physically or mentally deal with the consequences.

All Michael needed to do was apologise, stand down and take it. By defending his actions and deflecting onto Amber, he has caused a Twitter storm.

michael is genuinely SO manipulative. amber is having a mature conversation and he’s making out that she’s crazy????? gaslighting at its finest #loveisland

I don’t think Amber was raising her voice there.. I feel like Michael says that to deflect from the fact he doesn’t know what to say… IMO they don’t know how to communicate properly, sometimes that is just the way it is.#LoveIsIand

Michael was 100% looking for a reaction from amber so that he’d be able to justify leaving her. She didn’t give him it and he’s just annoyed he didn’t get an excuse #LoveIsland

Michael’s true colours are showing and Amber and Joanna should both steer clear. He’s a 28 y/o man who stood over a 21 y/o belittling her and insulting her when she didn’t give him the reaction he want to justify his toxic and shitty behaviour. #LoveIsland

Escapism, at what cost?

Whether you are Team Amber or Team Michael, there’s no doubt last night’s show has ruffled some feathers. Maybe this is a good time for all of us (me included) to take a step away from Love Island and get back to real life. Easier said than done, of course; it’s escapism at its finest, and the insight it gives into the human psyche is addictive. But at what cost?

For now, I’ll continue to grieve the Michael we knew four weeks ago. Because, oh Michael, why did you have to hurt us (and Amber) so?

Watch the clip that’s got everyone talking below:

Read more: Have we gone too far with the Amy Hart commentary on Love Island?

Read more: Love Island‘s Maura gives a masterclass in how to deal with slut-shaming

Read more: What Love Island and teenage Gaeltacht summers have in common