It’s not hard to love talented actress-turned-designer, Melissa McCarthy. She is one of Hollywood’s most bankable actresses, a talented comedian and respected fashion designer and her empowering views on sexism and body image are refreshing and real.

Now in her latest interview, she’s given us yet another reason to love her, as she speaks about powerful female roles in film, and how she wants to see women supporting other women more on screen to reflect society today.

She told Bust magazine she tends to shy away from conventional characters, opting for women who are less than gracious, albeit very complex. “I have a real fascination with people who have that wall up,” she said. “Like, what put that up? I always wonder… ‘what’s on the other side of that?’ I never quite buy that sort of bluster. It always kinda breaks my heart.” 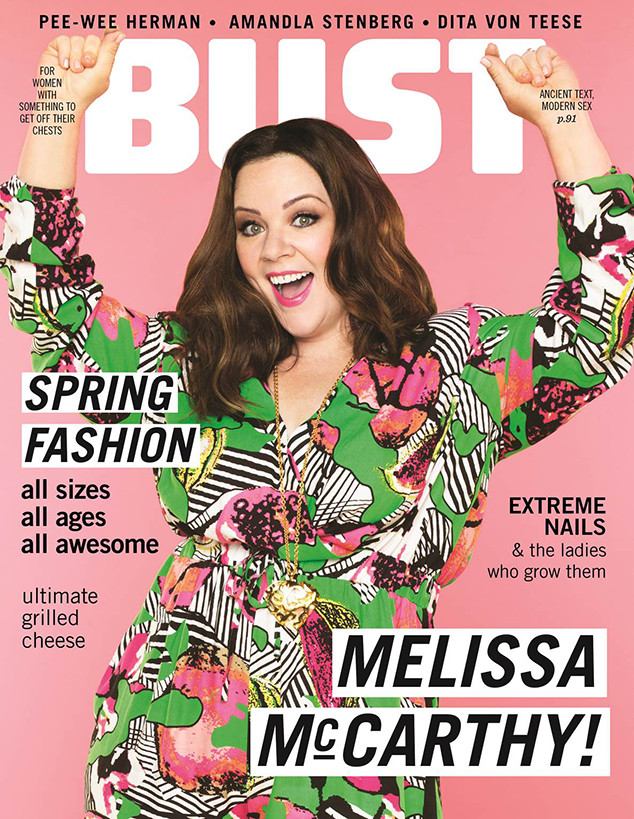 And thrown it out she has, particularly when it comes to her clothing range, suitable for those with curvier figures. “I don’t believe in kind of sectioning and segregating people in anything.”

The Bridesmaids star added that cultural norms which often depict?and pit women against each other are tiresome and she wants to see more diversity among women, not less. ?”With women, there’s this constant weird cultural thing where we’re always supposed to be comparing ourselves with one another. Who wore it best? Whose butt’s better? Instead, how about if everyone wins? How intensely boring would it be if we were all the same?”

She explained that she wanted to see women rooting for each other more, particularly on screen, because usually females are depicted as each other’s competitors when so often this isn’t the case.

My message is that as long as everybody’s healthy, enjoy and embrace whatever body type you have

This is what she explores in her latest film The Boss: “Watching [women] become friends and then essentially become family, that’s the kind of thing I root for when I watch a movie,” said Melissa.?”I want to see that. I love to show women and girls uniting. I love showing that because I think so often in movies, you see women just fighting and not liking each other. That’s not real life. That’s not the norm.”

“There’s an epidemic in our country of girls and women feeling bad about themselves based on what 0.5 percent of the human race looks like. It starts very young,” she continued.

“My message is that as long as everybody’s healthy, enjoy and embrace whatever body type you have.”