Sitting in front of me is Geraldine Kavanagh, the forager for the award-winning Glendalough Distillery botanical gin. She’s here to tell me about her path up to this point, which is an interesting one, to say the least, because upon securing this role in Glendalough Distillery, Geraldine’s knowledge of gin was, *ahem*, non-existent.

Living “out in the middle of nowhere in Wicklow” (her words, not mine), Geraldine worked as a forager for many years, having taught herself everything there is to know about identifying edible plants in the wild. In 2011, she started teaching people how to forage in the woodlands of Ireland, and how to do it safely. She continues to do it to this day.

Geraldine also has her own food business, Wicklow Wild Foods, through which she sells a range of homemade preserves, soups, dried mushrooms and oils at local markets. In 2014, The Irish Times did a feature on her and in a stroke of fate, co-owner of Glendalough Distillery, Barry Gallagher spotted the article.

Having just bought a new still, Barry and his team were eager to start making gin. However, they wanted it to be a uniquely Irish, uniquely Wicklow gin; made from local Wicklow produce and Wicklow hands (these guys really like Wicklow). And that’s where Geraldine came into the mix. 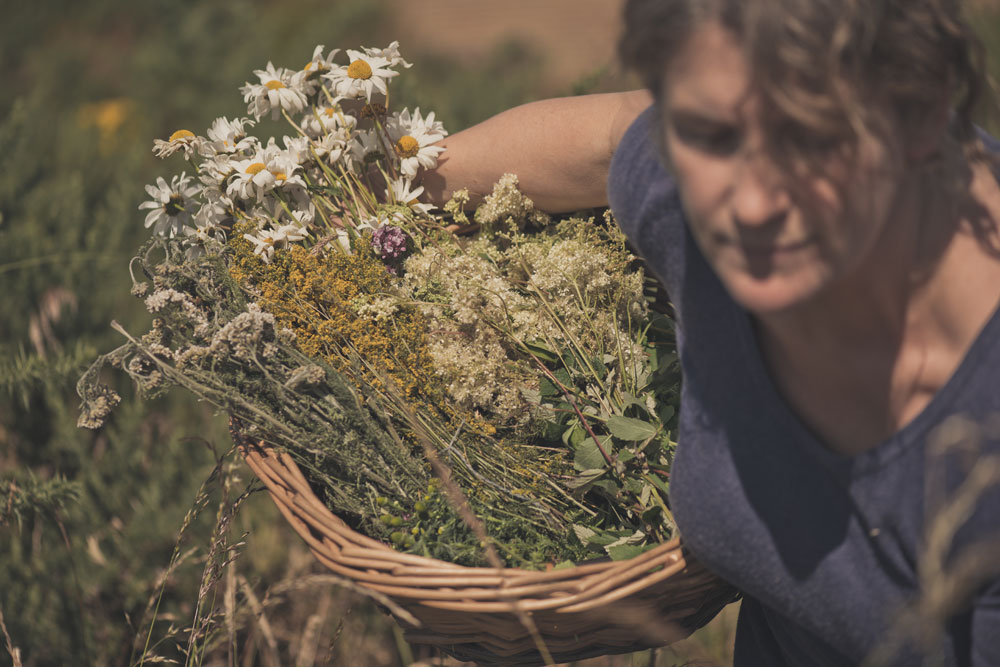 Geraldine admits that she didn’t know anything about gin creation up to this point, but she was so confident in her knowledge of wild plants and flavours that she knew she could make it work. Within a couple of days of Barry called her about the idea and the creation process was rolling.

After the smooth beginning, however, an issue soon became apparent; using only fresh ingredients might have brought intense, natural flavours, but the seasonality of the plants resulted in a very restricted production time slot. Luckily Geraldine saw this as a surmountable challenge; “This is why working as a forager is so exciting. The landscape is always changing and new opportunities come with every season”. 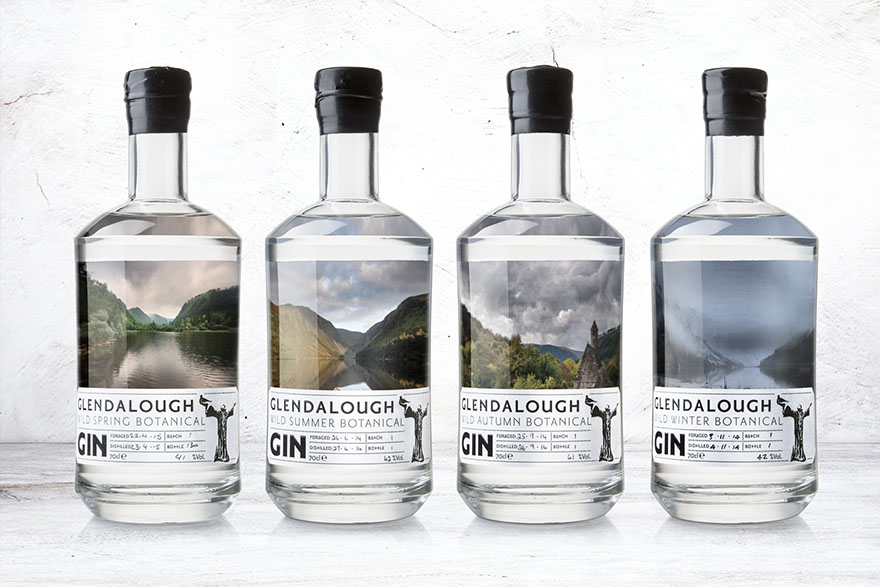 And so came the idea of the “Four Seasons” gin range, which use the local botanicals to reflect Wicklow at the various times of year (gorse for spring, elderflower for summer, wild berries for autumn and warm herbs and spices for winter). Alongside these, they created the base flavour, one that boasts to having “all the four seasons in it” and which isn’t so restricted by seasonality.

The idea was well-received and the flavours were raved about all over the world.

Geraldine is honest and frank about her lack of gin knowledge before embarking on this career. She still sees the Glendalough distillery as like something from Charlie and The Chocolate Factory, with its great big copper still producing “all sorts of heavenly smells”.

An intrepid woman, Geraldine has no professional training in gin distillery, nor in foraging for that matter. She is completely self-taught. She could fool me though as she now talks about gin with the air of a connoisseur, referring to processes and terminology that I pretend to understand, nodding sagely. This stuff sounds complicated, and yet for Geraldine, it seemed to come as naturally as riding a bike. There’s a serendipitous air to the whole situation – who else would’ve had the confidence to pursue a project as niche and experimental as this? 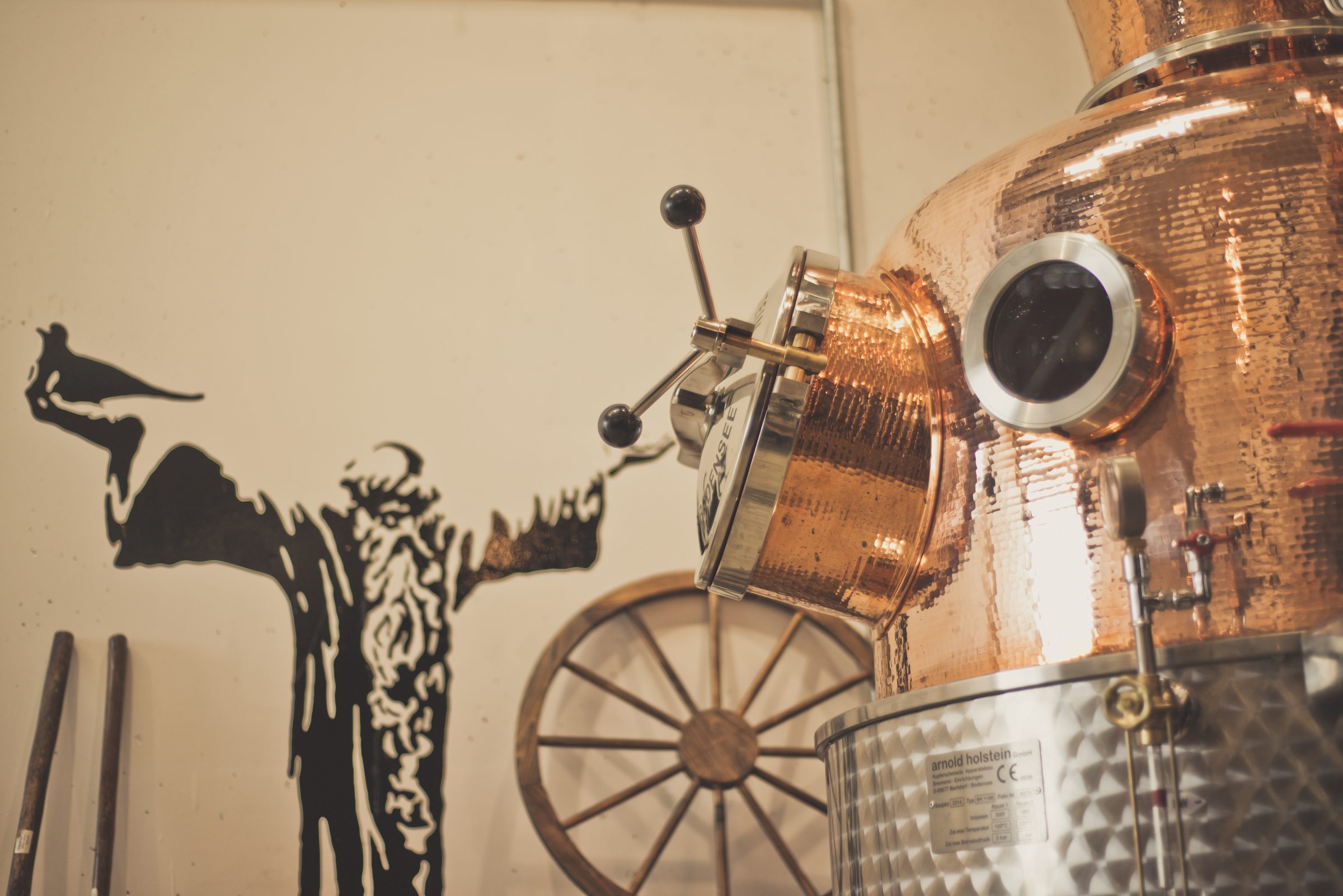 Since launching the gins, Geraldine and the team have been asked to speak at London’s most prominent private gin clubs and have won numerous awards, including gold at The San Francisco World Spirits Competition (the Oscars of the spirits world) within a few months of production. Now Glendalough Gin is on sale in 34 countries worldwide and Geraldine is frequently asked to speak about her process in creating gin flavours.

Although humble, Geraldine undoubtedly knows what she’s talking about and has pride in her work. The plus side of the job? She’s off work for the winter as all the foraging is done in advance. However, that’s balanced out with nine months of physical work, long days working from dawn until dusk up in the mountains, down by the sea, and everywhere in between.