Of all the technological advancements that have occurred over the last ten years, social media has been one of the most significant. It has changed the way we communicate with each another and has transformed how businesses market their products and services.

A person who has been at the forefront of these changes is Maryrose Lyons.

Maryrose is a veteran digital marketer and is an expert in her field. She is a social media specialist and is a driver of leads for businesses who wish to grow their presence online. The savvy digital marketer has also been listed in the top 1% of Social Media Marketers on LinkedIn and the Top 50 Most Influential Marketers.

Currently, Maryrose is the social media trainer with Brightspark Consulting, which she set up in 2003 to originally offer search and content, but with the introduction of social media channels such as Facebook and Twitter, the business swiftly began to offer more digital services.

With her immense knowledge of what makes the social media world tick, Maryrose will be sharing her insights at our upcoming Mentoring Masterclass on January 31st.

In 2003, she became one of the first people in Ireland to begin blogging in the business sector. She says: “I was the poor soul making a case for marketing your website in 2003, back at a time when people still thought they’d be millionaires overnight just by having one! Back then, most bloggers knew each other — and there was a lot of love and support. You could expect to write a post and get lots of comments almost as soon as you hit publish!”

“Then the numbers came, social media happened, along came a multiplicity in numbers of people, and it all changed.  It became simultaneously better and worse: better because of all the talent and viewpoints, and creativity and stories, but worse for the back-biting, focus on measuring egos and the downright celebrity-dom of it.  Brands got on board, influencers were born, and the humble blogger turned into something else entirely,” she says.

Having expanded her business into the UK, Maryrose has valued knowledge for others who aspire to do the same. “We researched the market well and chose to go North rather than hit the South East which is saturated. I also have a sense that the further outside you go of London, the more likely it is that business is built based on relationships.  In Ireland, we are very relationship oriented and I really like that.  Our office is in Manchester and there are plenty of flights to and from Dublin,” she says.

On the biggest challenges in her career to date, she cites growing the business and taking on new work, saying: “If I did that, I know I’d turn into a Manager of People and that would take me away from the buzz of the work. It might also impact on the type of work we take on, possibly favouring the fee over the quality because of all those mouths to feed.”

She believes that people should not be afraid of social media, and reassures people that social media is an added asset allowing them to continue to do what they originally were doing in their jobs but with an added sparkle.

Maryrose will be able to show you just how to do that and much more at our upcoming Mentoring Masterclass on January 31st at the Westbury Hotel.

In association with Mazda 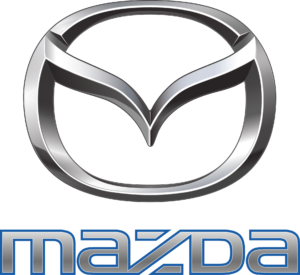