Mary Robinson: Our Overall Woman of the Year 2018

This year, often dubbed as ‘the Year of the Woman’, signalled a new beginning for women around the world who strive for equality and progression. With so much work done, and so much still left to do, 2018 will go down in history as a year that heralded change.

In honour of such a momentous year, we at IMAGE wanted to take the time to celebrate the women in Ireland who contributed to a worldwide wave of change. These women are from a range of backgrounds and fields, have different stories and different causes. But all stood up in 2018 and demanded to be counted, and for that, we stand with them.

With almost 30 women named on the list, we saved a space for one particular woman to be titled the Overall Woman of the Year. It was a hard decision, as so many women across the country have done amazing things to be recognised — not just in 2018, but for years, sometimes decades, in order to progress and make things better for the next generation.

In the end, we settled on a woman who has helped to shape the lives and progression of Irish women for almost 30 years. Former president, humanitarian, Chair of the Elders, feminist, climate change activist and inspiration Mary Robinson is our overall Woman of the Year 2018. 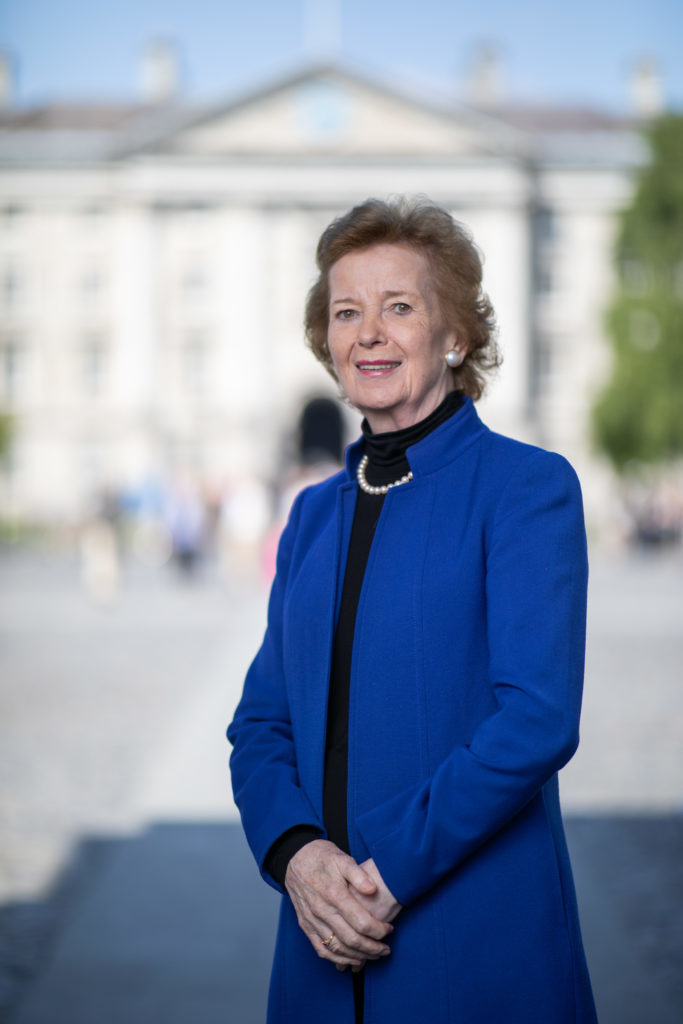 Mary Robinson’s influence on lives around the world cannot be underestimated, with her work spanning across areas such as LGBTQ+ policy, feminism, climate change and human rights. Through her work in government and in international organisations at all levels, Robinson has tirelessly campaigned for a brighter, more inclusive future for people of all backgrounds, and there is no one more deserving of our Overall Women of the Year title.

Robinson began her professional life as a barrister, being appointed as Reid Professor of Criminal Law in Trinity College Dublin when she was just 25 years old. She used this position as leverage into the world of politics, being elected as an Independent Senator and served in the Seanad for 20 years, serving on parliamentary committees concerning social and legal affairs.

Robinson served for seven years as president, and was remarkably popular, because of her sheer tenacity to provoke change in Ireland. What had been previously seen as a ‘cushy’ position for retired politicians was given a new lease of life by Robinson, who wasted no time in getting stuck into the political landscape of the time. She played a major part in Anglo-Irish relations, as well as signing new bills into laws that were crucial to the human rights of many citizens of Ireland; to make contraceptives readily available, to decriminalise homosexuality, and to provide a fully equal age of consent for both heterosexual and LGBTQ+ people alike.

Work around the world

In 1997, Robinson resigned from her position as President, to take up a new position as United Nations High Commissioner for Human Rights, at the age of 53.  Robinson used her position to further causes of anti-racism, and to fight against human rights violations all over the world. She has since worked as Chairman of the Institute for Human Rights and Business and Chancellor of the University of Dublin, as well as being honoured as a professor in Columbia University. Working in various human rights organisations all over the world, Robinson culminated her incredible career in November, being named as the new Chair of the Elders, succeeding Kofi Annan, who passed away earlier this year. The organisation, which was formed in 2007 by Nelson Mandela, to work towards human rights and peace around the world, is viewed as one of the most prestigious organisations in the world.

In her own words

We were fortunate enough to speak with Mary Robinson in relation to our Women of the Year list this week. We asked her first what was her proudest achievement this year.

“This year, through the great work of my colleagues at the Mary Robinson Foundation – Climate Justice, we have achieved our objectives two years early and can bow out with pride. I am incredibly proud of that. The Foundation is a centre for thought leadership, education and advocacy on the struggle to secure global justice for those people most vulnerable to the impacts of climate change. I will continue on a personal level and as Chair of The Elders.”

We then asked her for her best piece of advice for women looking up to her. It was simple: “I have made lots of mistakes and done many stupid things, so don’t be afraid and don’t believe all you read!”

Mary Robinson: ‘Covid-19 will exacerbate the problems of inequality and conflict’

Greece has made history by electing its first female president