Only 34 years after the release of The Handmaids Tale, Margaret Atwood has set a date for its sequel. The book was announced in November 2018 but yesterday we got a confirmed date and a peek at its cover (spoiler alert– we love it).

If you haven’t read the novel (or watched Hulu’s wildly successful adaptation) The Handmaids Tale is a dystopian story set in a near distant future. America has been taken over by religious radicals, who have overthrown the government after the world begins to struggle with fertility. Women become enslaved falling into one of four categories: a wife, a Martha to cook and clean, sent to the Colonies for manual labour, or for the fertile women, a Handmaid.

The story is horrifying and seemingly far from the world we live in today. Interestingly, the success of the show in adapting the cult novel highlights that not all the issues it covers are so far from the truth. Broadcast during the rise of Donald Trump and his “grab her by the p*ssy” comments, the growing momentum of the #metoo movement, and here in Ireland at a time when women were rallying for Repeal, it feels like this dystopian future perhaps isn’t so far removed from our current circumstances.

The original novel was written in 1985, but has not aged, and given the reasonings above could have been written today. Perhaps this is why Atwood has finally decided to release this sequel. When she wrote the first book I’m sure she believed many of the problems she discusses; power, the oppression of the patriarchy, fertility and sexuality wouldn’t be such pressing issues today. Seeing her story has resonating so strongly in recent years, has meant the continuation of Offred’s story (set 15 years after the first book) couldn’t be more timely. 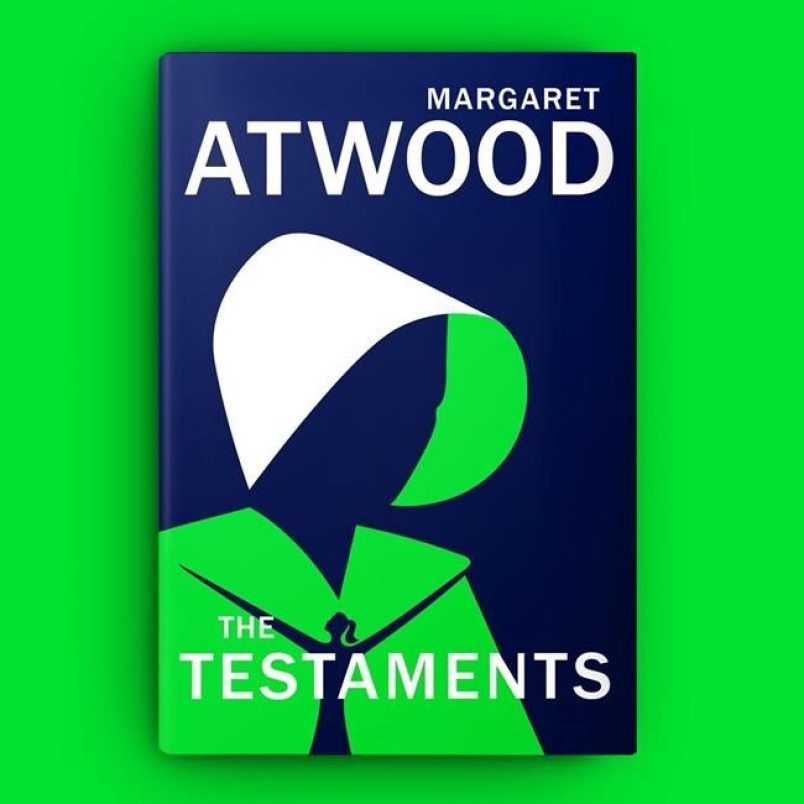 The book, called The Testaments will be out 10th September 2019.