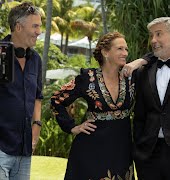 Madonna’s Powerful Speech On Ageism Is A Must-Watch

Madonna gets a lot of flak just because she is Madonna. In a time and year when we’ve lost so many icons, she is a performer who has transcended; surprised and shocked audiences and been a trailblazer for female artists – without her, we’d have no Lady Gaga – and every singer on the planet will stand up and say it is she who has inspired them.

She is an icon. As The New York Times reports, she’s the highest-grossing female touring artist of all time (her most recent tour raked in $170 million). There’s no performer like her, no one else who has reinvented herself as each new decade loomed, no one else who challenged the status-quo quite the way she has. If you felt alone, she assured you were not; if you felt different and uneasy, she said loud and proud, that this was to be embraced. Her music made me and millions of others feel less alone; it’s what the greatest art will do. But it’s almost as if her work and artistry are forgotten because, in 2016, she is shunned by so many. Shunned for ageing, shunned for wanting to challenge and inspire at nearly 60, shunned for wearing a cape and recovering like a pro after a mishap, shunned because she is Madonna.

This is why, when she was honoured as the Woman of the Year at the Billboard Women in Music 2016 event and took to the stage for a blunt and empowering speech, I cheered. Her words struck a chord, not just with women in the music industry but for women everywhere. She spoke of sexism, ageism, and misogyny, unafraid to call out the ludicrous double-standards that women have to deal with today.

“My real muse was David Bowie. He embodied male and female spirit, and that suited me just fine. He made me think there were no rules. But I was wrong. There are no rules — if you’re a boy. There are rules if you’re a girl,” she said.

“If you’re a girl, you have to play the game. You’re allowed to be pretty and cute and sexy. But don’t act too smart. Don’t have an opinion that’s out of line with the status quo. You are allowed to be objectified by men and dress like a slut, but don’t own your sluttiness. Be what men want you to be, but more importantly, be what women feel comfortable with you being around other men. And finally, do not age. Because to age is a sin.”

Watch the rest below:

“People say that I’m so controversial,” she said. “But I think the most controversial thing that I’ve done is to stick around.” We salute you, Madonna.