This Limerick fish and chips joint has undergone an incredibly stylish renovation and now we’re ravenous.

We love our fish and chips here at Image Daily. Drowned in salt and vinegar is our go-to happy place and we think revamped Limerick city institution Luigi’s might be our spiritual home.?A family business, Luigi’s Traditional Fish & Chips is over 30 years old and located on Parnell Street, just across from the bus and train station for your daytripping needs. The proprietors are the titular Luigi and his wife Una, who hail from the Italian town Atina and Limerick county’s Croome respectively. 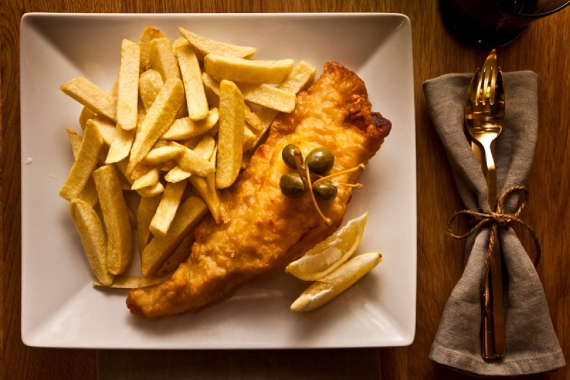 This chipper, a favourite of the late Richard Harris, caught our discerning eye when we came across some incredible snaps showcasing its recent makeover. The man responsible is one Tullio Orlandi, son of owner Luigi. Tullio is one of many young Irish graduates who has lived and worked abroad. The 26-year old came back from New York late last year for a few months. His mother Una had been talking about renovating the restaurant for a while – a lick of paint and a proper sprucing up. However Tullio, who studied interior architecture and furniture design in college, felt this was an opportune moment to do ‘something magical.? 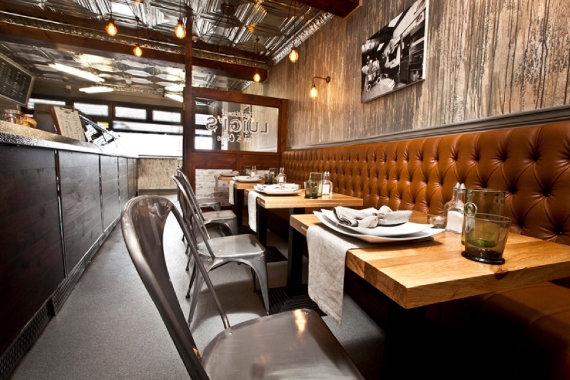 Operation transformation began in October and after three months it was ready for the January opening, coinciding with the City of Culture celebrations that will be ongoing for all of 2014. Tullio says his family wanted it to be ?a bit special? so he opted for an aesthetic that was inspired by his time in New York. The warehouses of Brooklyn are echoed in the metallic features and the overall look recalls formerly rundown buildings that have been beautifully transformed into hipster magnets. Adding to the sleek prohibition feel is the rebranding, courtesy of Tullio’s sister who works as an art director in New York. The new fonts hark back to the 1920s, with the stylish menu working a simple Gatsby-esque elegance. All the more to make the food sound pretty damn appetizing. The freshly caught and battered cod goujons have us asking how quick can we book a train ticket? 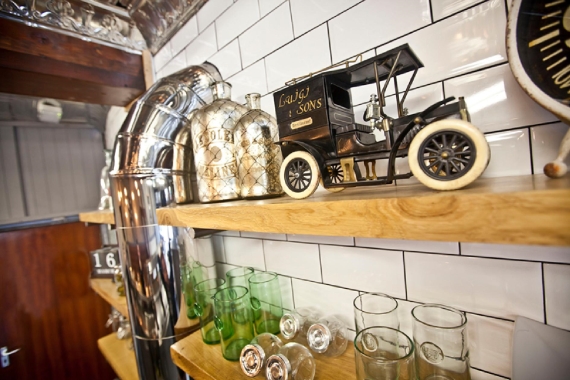 Tullio was previously dead set on returning to New York after the refurbishment but has decided to stick around for the foreseeable future.