Belmont Hibernian
Our national rail network isn’t noted for its luxury, however, it did get a considerable upgrade last year when its first ever luxury train, the Belmond Grand Hibernian, was introduced. With one eye firmly on affluent Americans looking to explore their ancestry in style, the BGH offers two, four and six-night itineraries that typically take in Dublin, Cork, Galway, Westport and Belfast. Impeccably mannered staff – in Donegal tweed – are as well dressed as its carriages, whose art collection is curated by Northern Ireland’s Katie Kennedy Perez and includes photography by Dorothy Cross and paintings by Mick O’Dea. Its culinary offering is no less considered, with Alan Woods – formerly of Thornton’s in Dublin – commanding the kitchen.

Hunker down in one of the 20 tastefully decorated en suite sleeper cabins, four of which are doubles. All have showers, and there are four interconnecting suites for groups.

A two-night journey on the ?Taste of Ireland? itinerary starts at €2,986 per person, based on two adults sharing, including all meals, drinks and excursions. Longer trips available. 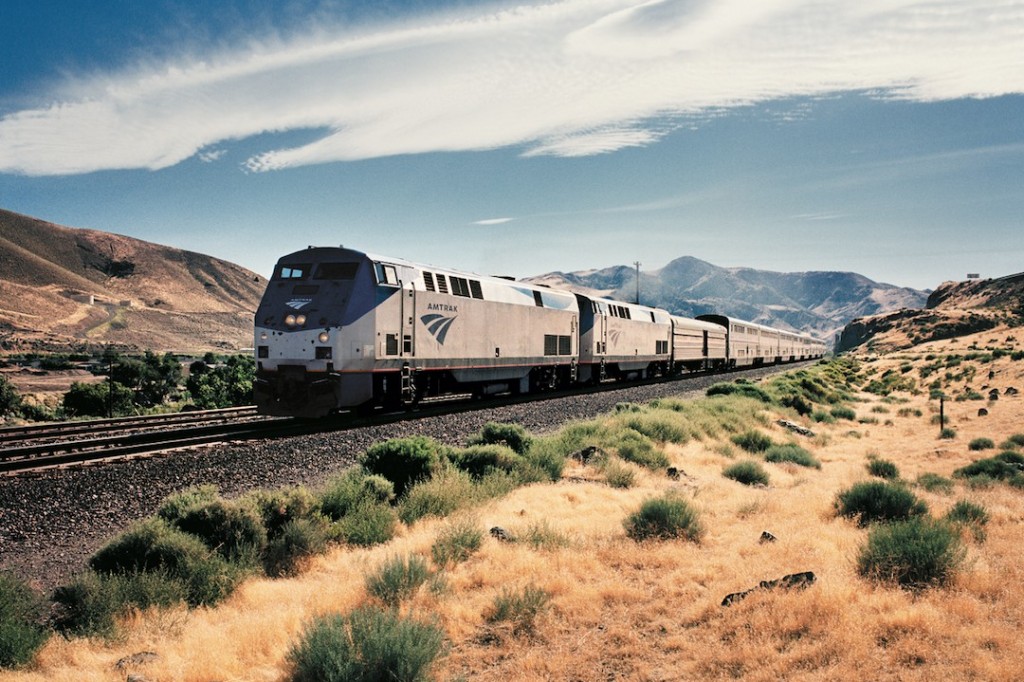 Five-star luxury it ain’t, but the California Zephyr still achieves trip-of-a-lifetime status for its epic east-to-west vastness. Depart from Chicago, and 51 hours and 20 minutes, 4,000 kilometres, three time zones and seven states later, you can find arrive in San Francisco. Wallflowers need not apply, since there are communal tables in the dining cart – and you can’t help but eavesdrop in the two-storey observation car. But dust off that novel and those board games, sign out of social media on the (patchy) Wi-Fi and surrender to the art of actual socialising with your fellow travellers. The cherry on top though is the genuinely awe-inspiring scenery that includes the Rockies, and Nebraskan and Denver plains, with the Denver to Sacramento leg being a fitting finale.

There are different options, depending on how far west you want to go, but if it’s all the way from Chicago to San Francisco, book a two-bunk roomette or, for extra space, a bedroom or family suite. Alternatively, plan stop-offs en route to get a real taste of billboard-free, neon-lite Americana. 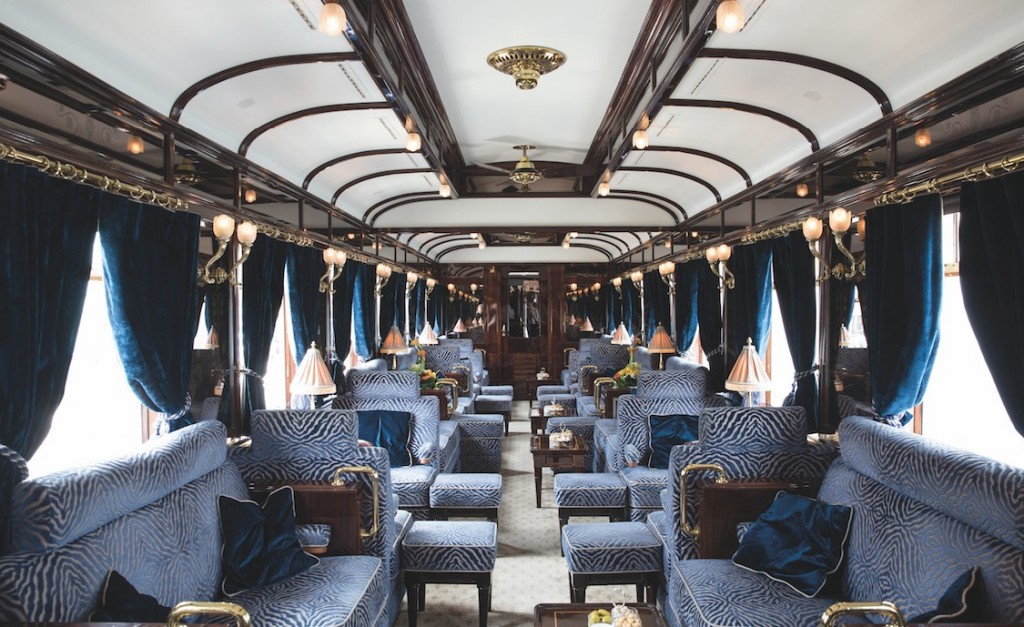 Venice Simplon-Orient-Express
?Kings and crooks, millionaires and refugees, big-game hunters and smugglers, prima donnas and courtesans travelled on it; tycoons and financiers clinched their deals across its sumptuous dining tables; diplomats, spies, and revolutionaries on board the train moved secretively to their moments of history.? So wrote EH Cookridge in 1978’s Orient Express: The Life and Times of the World’s Most Famous Train. These days you’d more likely encounter honeymooners and milestone wedding anniversaries on The World’s Most Famous Train – and chances are there will be new patrons following the November release of Kenneth Branagh’s Murder on the Orient Express reboot, starring himself as Hercule Poirot. This June though, the historic, elegant Pullman will launch its annual journey from London to Berlin via Paris.

Private cabins are small but perfectly formed (there’s one loo for every carriage), and each has its own steward. During dinner service, it’s transformed into a cosy, luxurious sleeper – no bunks here.

An overnight journey from London to?Berlin starts from €4,258 based on two adults sharing a deluxe twin cabin and includes breakfast, lunch, afternoon tea and dinner. 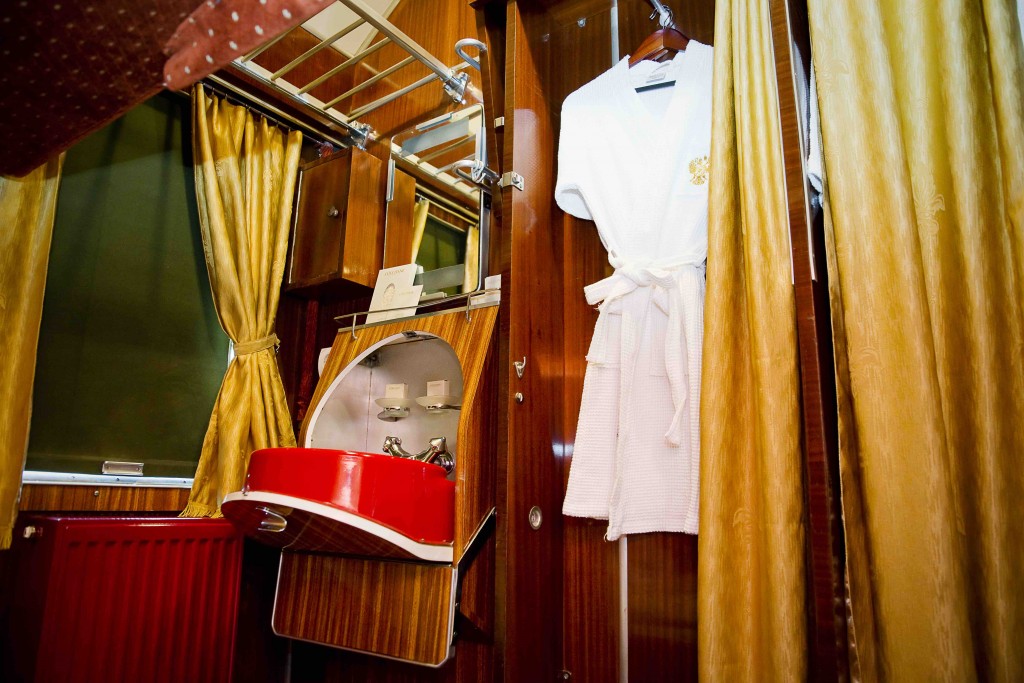 Golden Eagle Danube Express
If there were a soundtrack created for this particular train trip and piped into its swanky carriages, it would surely include di Capua’s O sole mio (Venice), Johann Strauss’s Blue Danube (Budapest, Prague) via Ultravox’s Vienna. Over 14 days, passengers can experience Italy, the Czech Republic, Germany, Poland, Austria and Hungary in unadulterated yet surprisingly informal luxury – there’s no dress code for dinner, or at any time for that matter. The Golden Eagle is essentially a vintage style ?hotel on wheels?, whose interiors and fine dining options are almost as classy as the majestic cities and landscapes that roll by.

Launching this year are Superior Deluxe Cabins, which are fitted with king size beds, en suite bathrooms and ample storage. There are also private Deluxe and Heritage Cabins.

It’s time to start doing the Lotto, folks. This 14-day odyssey costs from €10,995 per person, including twin cabins on the train, five-star standard hotel accommodation, meals, excursions and a drinks allowance at lunch and dinner. 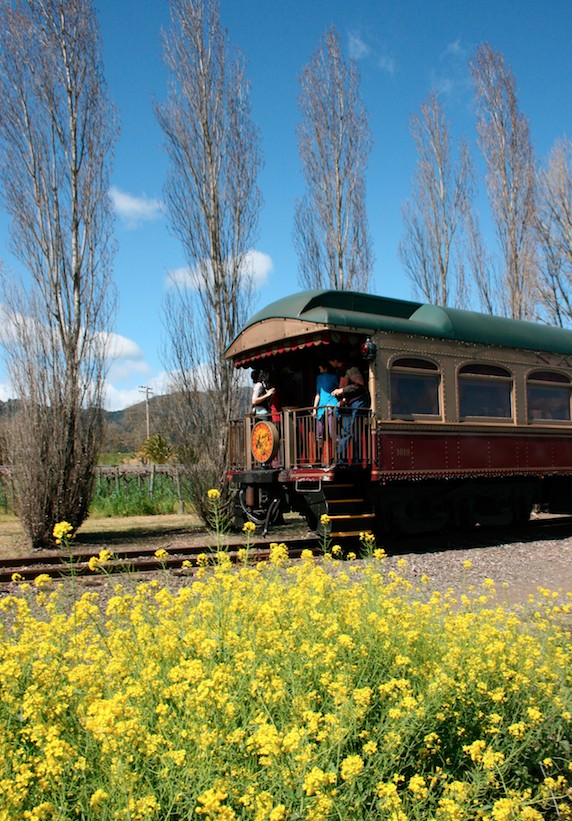 Wine Train
Drinking mini Merlots on the train from Galway to Dublin will never be the same again after this trip. On California’s Wine Train, guests (in reserved seating) can enjoy panoramic views of the Napa Valley from the domed, top deck of a two-storey 1952 Pullman car, Cab Sav in one hand, smug selfie opportunity in the other. Its other two dining carriages, meanwhile, date back to the 1920s, making for a very special vantage point on to some seriously impressive scenery. Napa Valley boasts more than 400 wineries so the only dilemma on this train trip is not when the tea trolley is coming out, but which vineyard(s) to visit along the way …

This is not a sleeper train, however if you want to make a weekend out of it (and who wouldn’t?), the Wine Train has a package called ?I Left my Car in San Francisco?, which includes an overnight stay at Napa River Inn at the historic Napa River Mill in Downtown.

?I Left my Car in San Francisco? package costs $557 B&B for two and includes a gourmet lunch on the Wine Train and two Wine Tasting Cards for vino appreciation opportunities in Downtown.

This feature appears in the April/May issue of Cara magazine, the inflight publication of Aer Lingus, which is available on board from Saturday. For flight bookings and info, log on to www.aerlingus.com.