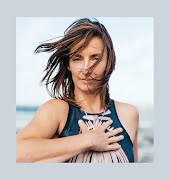 Have you been trying to ditch or even limit the sugar but having very little luck? It’s not your fault; it’s in your genes. According to a new twin study, it’s one single set of genes that determine how our perceptions of sweetness differs from person to person. You don’t just yearn for more Minstrels than the person next to you because you’re a divil for the chocolate, it’s all about your biology. As explained by the study’s lead author, Danielle Reed, PhD, a behavioral geneticist at Monell, “eating too much sugar is often seen as a personal weakness. However, our work suggests that part of what determines our perception of sweetness is inborn in our genetic makeup… Just as people born with a poor sense of hearing may need to turn up the volume to hear the radio, people born with weak sweet taste may need an extra teaspoon of sugar in their coffee to get the same sweet punch.”

As reported by Science Daily, Reed and his researchers tested 243 pairs of monozygotic (MZ, or identical) twins, 452 pairs of dizygotic (DZ, or fraternal) twins, and 511 unpaired individuals. Each participant was asked to taste and then rate the intensity of four different sweeteners: fructose, glucose (both of which are natural sugars), aspartame, and neohesperidine dihydrochalcone (both of which are non-caloric sugar substitutes). Testing with twins allows researchers to get right down to a genetic level, where things can be easily spotted. As we already know, identical twins have nearly identical genes while fraternal twins (such as Ashton Kutcher and his twin, who look nothing alike) share only about a half of their genes. The data gathered indicated that genetic factors are 30 percent to blame for person-to-person variance in how we perceive sweetness.

Also busted by this study was the myth that environmental factors influence your desire for sweet things. SD explains that ‘assuming twin pairs took part in communal meals during childhood, this result challenges the common belief that access to foods high in sugar may make children insensitive to sweetness.’

“Our findings indicate that shared experiences, such as family meals, had no detectable ability to make twins more similar in taste measures… The next big question is if, and how, genes and early experiences interact to affect food choice.”

“Even though almost everyone — consumers, physicians, and public health officials — wants to decrease the amount of sugar in our diets, right now we have no tool that has the sensory equivalence of sugar. However, if we can understand why some people have weaker sweetness perception, we might be able to adjust this attribute so we could reduce the amount of sugar in foods.”