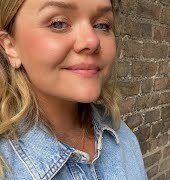 For the last two weeks, my fist has been half-raised and aimed at the television whenever the men on Love Island open their mouths. If they entered the villas as free-thinking humans, their brains have now unfortunately melded into one, with the exception of Jack, who appears to have discovered the female perspective for the first time ever.

When we first tuned into the series, Adam was the immediate villain, with his pointed teeth and ogling eyes. Although a shark, his attention span was that of a goldfish, forgetting whichever woman was on his arm as soon as a new gal entered the villa, uniformed in her BooHoo.com ensemble and freshly smelling of carcinogenics from her golden, sunbed tan.

Unbeknownst to him, cameras were watching his every move, capturing every lie he told Kendall and Rosie. While these women were driven demented by his plain-as-day betrayal, he fed the male residents  his own version of events. None of them questioned it because he was playing the game correctly. “It is what it is,” they state, calling a spade a spade and comparing  Adam to a god. “You’ve done what’s true to you,” they echo.

The ultimate gaslighter, when Adam was prepping one girl to fall into his unhinged jaw, he forgot that the garden was open plan and his chosen partners could see him in action. As soon as Rosie and Kendall called him out on it, the little gaggle of boys would giggle “she’s only going to push him away if she continues on like that”, not realising that they were being played too. As they sit with their legs dangling into the pool that never seems to be used enough, they don’t realise that they’ve fallen for the “all women are crazy” narrative that Adam needs them to believe to make him the Big Fear An Ti.

As the ultimate case study in gender, it’s amazing how quickly herd mentalities develop between the men and the women on Love Island. Like the ill-fated Ch4 reality show Eden, where men and women were sent to the wilds of Scotland to survive off the land, the divide between men and women reached feral levels. They believed that the women should be in charge of cooking and the men should be in charge of hunting. The resident hunter, however, couldn’t even shoot a deer in the designated deer-hunting spot. Their adherence to gender roles left them starving and literally sent the one free-thinking man to live on his own in the woods.

Like Eden, the cast of Love Island are splitting, with the women seeing the truth and the men ignoring it. Except for Jack. As Dani’s now official boyfriend, he’s allowed to sit in as the women explain how they’ve been mugged off. Listing off the lies that they’ve been told, his eyes widen and his mouth drops to the floor. “Men are the worst,” he realises, edging one step closer to becoming a feminist. Dani’s dad, the original Danny Dyer, must be so proud. Even naive Dr. Alex tried his hand at being the oppressive male, accusing Ellie of playing games when she just didn’t fancy him, forgetting that you can’t force a fancy.

With Jack and Dani’s official upgrade as boyfriend and girlfriend, paradise came crumbling down and the first casualty is Laura and Wes’ relationship. 20-year-old Wes decided that four weeks was too long to have eyes on just one woman so when Megan, a giant fluttering pair eyelashes attached to curves, shifted him in a game of Snog, Marry, Pie, he questioned everything he had with Laura and without giving it too much thought, he informed Laura that he would crack on with Megan, who had just ended it with Eyal, the beautiful yet “deep”, donkey-brained man. When Wes jumped into bed with Megan that very night, the rest of the housemates were suddenly jolted back into real life, remembering that doing “what’s true to you” isn’t permission to be an asshole. “These words,” they gasp, clutching their pearls, “mean nothing”.

This pinprick of truth has temporarily burst the bubble that the men have been living in but with six new men and six new women holding fort in a neighbouring house, soon to be unleashed upon them like sexy locusts, their truth will become clouded again. When the game is to be a player, the men of Love Island have become a team that’s led by their groin rather than sense or logic and, well, they’re playing terribly. Impulsive and self-serving, when they are shown back their film reels upon elimination, hopefully they realise that they were the mugs all along.