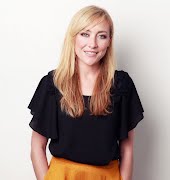 At the age of 53, single mum of two KATHY RYAN received the news no one wants to hear: that she had early onset Alzheimer’s. Here, she shares her story, and says she’s learned to live one day at a time..

On 7th February, Julianne Moore won an Oscar for her role in Still Alice, above, which hit cinemas on March 6. Moore’s depiction of a successful, career-oriented woman diagnosed with early-onset dementia is shockingly accurate and hard-hitting. The performance aside, the film takes an honest approach of the disease, not just from the perspective of those around her, but from the standpoint of the sufferer herself.

This refreshing approach has opened up the subject of dementia and what was once a condition not often talked about – a conversation that is crucial to progress. Why? Because there are currently 47,744 people living with dementia in Ireland, 30,359 of which are women. Here, one courageous Irishwoman tells her story of living with the disease and explains why she hasn’t given up.

I knew there was something seriously wrong with me the first time I found myself standing in my bathroom looking at my toothbrush and not knowing what to do with it. Words, even people’s names had started to disappear like sand through my fingertips. My sons were finishing my sentences with alarming regularity, filling in words as I mimed and gestured for simple objects such as a Hoover, mop or keys. However, at my age, and a busy, single mum of two, early onset Alzheimer’s couldn’t have been further from my mind.

Although I was officially diagnosed with this life-changing condition on January 23 of last year, I had been vaguely aware of issues with my memory for years. During a period of illness in my forties, as a result of undiagnosed type 2 diabetes, my memory had become hazier. I put it down to stress. I was a lone parent of two teenagers, Andrew, 20, and Matthew, 18, my mum had died the same year as my marriage ended, after a long and arduous struggle with cancer, and finances, or lack thereof, were a daily challenge.

My dream had been to go to college as soon as the boys were finished school. I wanted to get a degree, start earning, financially provide for my future, travel and do things I had only ever dreamed about. I wanted to work with people and was always fascinated by what makes us tick. I am a life coach and mentor, and I love learning, so when my dad started to show signs of dementia, I signed up for a family carer’s course. I wanted to know more, so I could support him and understand some of his ‘strange? behaviours, but as the course went on, I found I could identify with the warning signs myself. Eventually, I worked up the courage to mention my concerns to the course co-ordinators, who advised me to go to my GP.

At the time, I wimped out. I felt that I had enough to deal with, without a diagnosis of dementia or Alzheimer’s. I had to be there for my sons, as they were going through some difficultthings. But as time went on, I could no longer ignore that I was finding some things increasingly difficult to do. I found myself doing the same things repeatedly. If I drove to my local town, I would always go for the same car park, and hoped the same parking space was free. I was losing more and more words. I would fill the sink with water and forget about it and burn food. Things had to be in their place or I became frustrated and sometimes overwhelmed. I would forget what I did the day before and sometimes in the middle of a conversation, I would go completely blank. When my local GP gave me a memory test, I didn’t do well, and so the difficult journey began.

In October 2013, after a referral to the Memory Clinic in Cashel, I was told I had signs of a cognitive impairment, so it was decided to bring in a specialist from Dublin. Finally, in January of last year, I was brought into a small, stifling room with six people to talk about my diagnosis. It was only as I walked back to my car in a daze and the Alzheimer’s nurse approached me to ask if I was ok that it hit me like a tsunami

? I had Alzheimer’s. I just burst into tears.

As I drove to pick up my son that day, all I could think about was how I had eight to twelve years before I would begin to disappear. My elder son would be out of college, in a relationship, and possibly married, and Matt would be 25. I was not at all prepared. When I asked my doctor what the worst-case scenario could be for me, he told me I might not recognise my own sons within three years, as I have some other medical issues, and may have had the condition for some years already. I couldn’t believe what I was hearing. I felt as if my life had come crashing down.

All I could think about were about were my guys. Although young men, they were still so young to deal with a mum gradually disappearing. I was not going to go down without a fight. No professional, no doctor can tell me how many days I have left on this earth. Only God knows. Although advised to tell my sons sooner rather than later, I chose not to tell them the news until Andrew had finished his Leaving Cert.

I finally decided to tell them of my diagnosis that summer, when the Alzheimer Society of Ireland (ASI) asked me to participate in a DVD for people with early onset Alzheimer’s. My younger son saw it as an older person’s condition, so although he was upset, in his mind it would not really start affecting me until I was much older. My older son took it badly. He and I had taken on the world together from day one, and he was very angry. One of the toughest moments for me was when I stood outside a door as a documentary maker interviewed him, and I heard him say, ?If I get into college, will my mum recognise me on my graduation day?? For years I have tried to be there for them, and suddenly I was, am, going to be the cause of great sadness.

Since then, we have talked through everything, even my funeral arrangements and how I desperately don’t want them to put their lives on hold to take care of me. My life has changed a lot. My volunteering is gone, and I sorely miss that, but I can either sit down and feel sorry for myself and get depressed or find something else to do – the choice is mine. Right now, that is advocacy work. I am a member of the Alzheimer Society of Ireland’s Irish Dementia Working Group; I am taking part in research projects and working to create awareness of this condition in order to help others. I am also very passionate about mental wellbeing and how difficult it is for young people to talk about.

Catherine Bartels, homecare co- ordinator with the Alzheimer Society of Ireland in Cashel, and Amy Murphy, the dementia adviser, are my strongest supporters. I have never seen such compassion, respect, dignity and support emanate from any organisation. I thought when I was diagnosed that life had given up on me, that society would discard me as I was of no further use. I would advise anyone who gets a diagnosis, or has any concerns regarding dementia or Alzheimer issues, to contact their local branch of ASI, to allay fears, get information, and get to know what your local supports are. I also think, although you very much need to plan for the future, that you should try not to relinquish too much control too early to avoid falling into a dark place and having no purpose. Most importantly,? as soon as you have any concerns, contact your doctor – don’t worry on your own. For me, although it was devastating, it was also a great relief to know there was a reason for why I was doing certain things, and that there are things, within my control, that I can do to stay as well as possible for as long as possible.

A Mediterranean diet is one; exercise, challenging the mind and, for me, meditation, are hugely important, but what is vital is to keep socialising. Don’t back away from it. It is extremely important if you don’t want to fall into isolation and possibly depression.When I sit and think about my future, it is very scary, but I have a very strong faith,? my sister- who is my best friend, incredible friends, and two sons, who I am very proud of. This condition is not who I have become, it is not who I am. I know hardships are coming, such as not being able to drive, and the fact that I may not see my sons graduate or proudly watch them get married. But each moment, I have a choice, and I choose to be the best I can today.

I laugh, I cry, I feel sad, I get angry. I can sink into that black hole, but it will pass, and I work at concentrating on the here and now. I choose to live. If I keep focusing on the ugly bits coming down the line, I will miss what is important to me today. I will not let this disease dictate to me until I have no choice. A few days after I was diagnosed, I vowed that we would laugh every single day, and that I would not sweat the small stuff. So,? when I cannot figure out how to empty the Hoover or get distracted and forget dinner, I give myself a break instead of getting angry and frustrated. My life has changed, but it still has meaning and purpose, and I can still love, laugh and enjoy a glass of wine.

The Alzheimer Society of Ireland’s National Helpline is open siz days a week, Monday to Friday, 10pm – 5pm, and

This article originally appeared in the March issue of IMAGE. The April issue is on shelves now.