Lilly Higgins: ‘The best thing for picky eaters is for them to start growing stuff themselves’

NO REPRO FEE 21/1/2020 Chef Lilly Higgins with, from left, Ellen Slattery (9), Samuel Isaacson (9), Jacob Vaughan (10), little growers from St. Brigid’s Garden Club in Stillorgan Co. Dublin, join the growvolution with the innocent Big Grow. The initiative, by innocent drinks and Grow it Yourself (GIY), encourages the littlest veggie gardeners around the country to grow their own tasty fruit and veg. Join #TheBigGrow conversation and get growing tips via @innocent on Twitter and @innocentireland on Instagram and Facebook. Schools can register online at innocentbiggrow.com. PHOTO: Mark Stedman

Chef Lilly Higgins talks to us about why growing fruit and vegetables with kids can have such a huge impact, and not just on their eating habits

As a mother of three, chef Lilly Higgins knows the struggle that parents can face trying to get their children to eat healthily, especially when it comes to the vegetables on their plates. “My main concern is that my kids eat healthily, and I want them to become adults that are willing to eat everything,” she explains.

Her top advice, however, for parents with the same concerns, is not the usual ‘hide vegetables in sauces’. Instead, she believes the key is to get children interested in the whole process of where their food comes from. “My middle child is a really picky eater, but last year they were growing cress in school, and then he just became obsessed with cress. He wanted to grow it at home and he was eating cress sandwiches all the time. So I think a key thing would be for picky eaters is to start growing stuff themselves and then just to get them involved.”

She also points out that we should often give children more opportunity to try new foods, even if we think they won’t like them. “Just because kids make a face when they taste something for the first time doesn’t mean that they don’t like it. With my first child, the first time I gave him kiwi, he reacted like it was the worst thing he’d ever tasted, but he still went on to stuff more of it into his mouth. It’s all new to them, and kids have to taste things up to 27 times before they agree to just eat it, but they’ll always be more interested in something they grew themselves.” 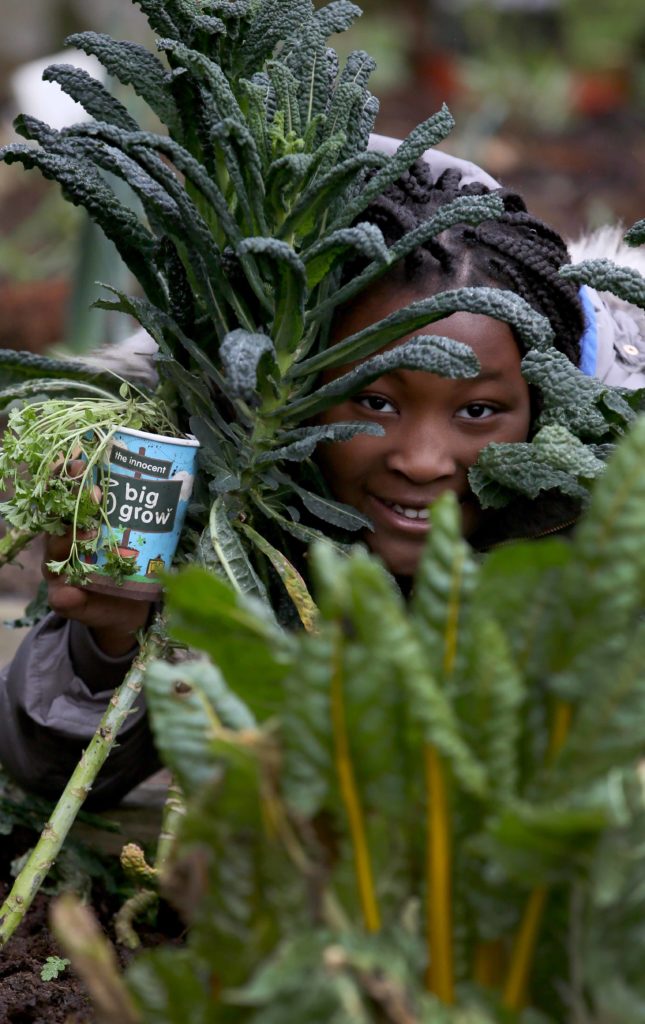 This grow-it-yourself approach is familiar to Lilly from her own childhood. Her family lived next to her grandfather’s farm, and her parents kept chickens and had their own kitchen garden. “It was kind of essential as well, it was before it became kind of trendy, they had to grow stuff. Looking back, maybe that’s where it sowed the seeds for me being so involved in food now. We were very lucky to have access to all this fresh amazing produce. It was all very Irish, carrots and parsnips and turnips, nothing very exotic. But it was a good place to start I think.”

It’s something she has also passed on to her own children, taking them to their grandfather’s polytunnel regularly. “We get them out there the whole time, even if it’s just for weeding. It just leads to them digging up worms and chatting and even the whole fresh air aspect of it. But they’re always really proud of what they pick and what they’ve grown themselves, and they’re a lot more likely to eat it as well.”

The benefits for children go even further than an improved diet. Lilly points out that it also fosters an understanding of where their food comes from, that it does not magically appear on shops or on our plates, and that a great deal of care has gone into producing it.

It can also encourage us, no matter what our age, to eat more locally and seasonally, as we become aware of what foods are best at what time of the year, and also to question where something has come from if we see it months out of season.

For anyone who wants to get growing with their kids but isn’t sure where to start, Lilly’s advice is simple: “It’s just a matter of getting stuck in.” She says to simply buy some compost, a few packets of seeds and some window boxes, and you have yourself the start of a kitchen garden. “You can do it on a balcony in an apartment, you don’t need a lot of space at all. There’s loads of information online as well as YouTube, so you can see how to do everything from planting seeds to pulling leeks to what to do if green fly appear, because there’s absolutely brilliant resources online.” 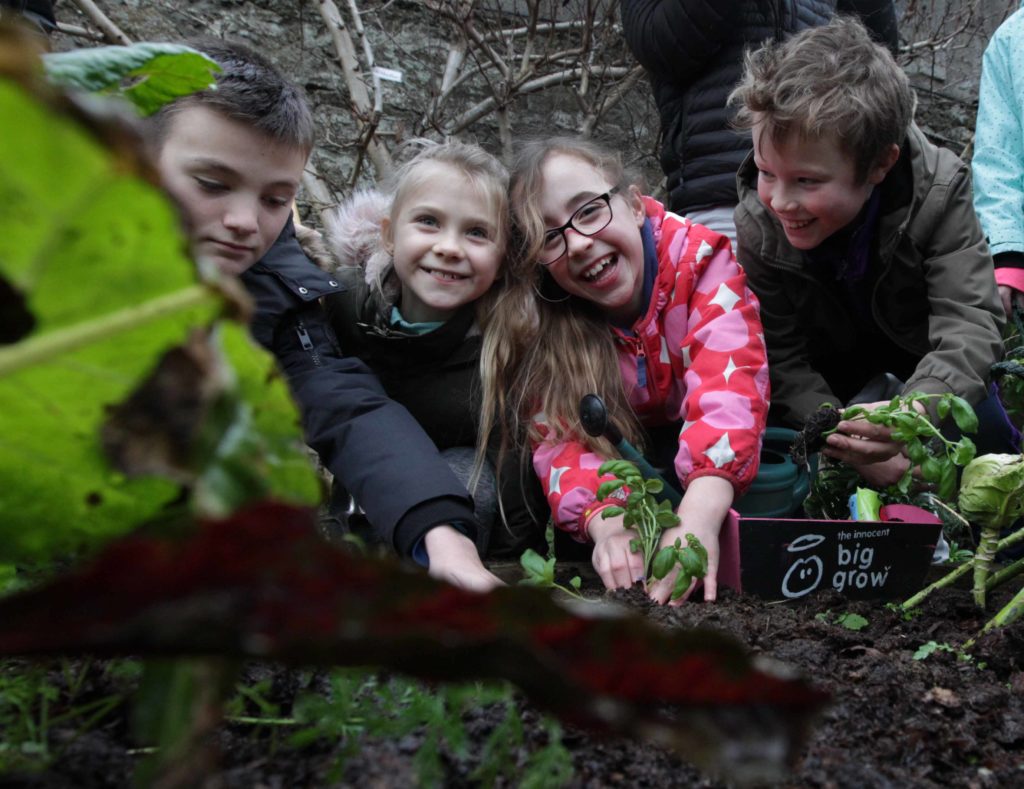 For starting out growing with kids, Lilly recommends things like salad leaves, radishes, baby spinach and cress, all of which grow quickly, meaning kids can track their progress without months of waiting for something to happen.

As part of an effort to bring the benefits of growing their own produce to children around the country, Lilly is part of the innocent Big Grow. This project, now in its ninth year, partners with the growing experts at GIY to provide primary schools with seeds and equipment to get growing.

Lilly visited one school, St. Brigid’s in Stillorgan, that has shown what the project can do. “They have a huge range of things growing, and the kids were really proud showing us around. And so that’s just like a real example of the potential of it I suppose, and just seeing the effect of kids growing their own, they were all incredibly proud. They were all just eating the raw kale as they were chatting away, and they were so knowledgeable.”

The innocent Big Grow is open for primary schools across the country to apply for a free Grow Kit for their school at innocentbiggrow.com. This year, the school judged to have cultivated the most impressive grows will receive €1,000 towards their school garden.

Read more: 5 inspirational books perfect for reading with your little ones

‘It’s a constant battle. My kids have needs. I’m their voice. It needs to be done’