Selfies are now a political issue in Iran. We take a look at the burgeoning trend threatening the status quo.

Last week we talked about the #YesAllWomen hashtag, a phenomenal response on social media to violence against women and a mass-shooting in California motivated by a misogynistic cause. This week we look eastwards, specifically towards Iran, where selfies have become thoroughly polticalised in the troubled region.

?Stealthy Freedoms of Iranian Women? is a Facebook page that promotes and supports women flouting the law that orders them to wear the hijab in public places such as parks and the seaside. Such freedom of expression has been denied to women in the country since the 1979 revolution. Stealthy Freedoms started when Iranian journalist, Masih Alinejad, posted a photo of her running through a park in London. Speaking to BBC Woman’s Hour she said she was ?in a street full of blossoms, feeling the wind through my hair?which I didn’t have the opportunity to in Iran.? Messages of envy followed. Soon after Alinejad posted a photo of her driving in Iran, without her scarf. What followed almost immediately was a bombardment of imitations and the quick establishment of a new digitally savvy community of Iranian women. Ordinary women took to the beach and parks, away from the view of the morality police, and began snapping. And they haven’t stopped. It is estimated over a thousand photos and stories have been submitted. On Twitter, participants use the hashtag #mystealthyfreedom. 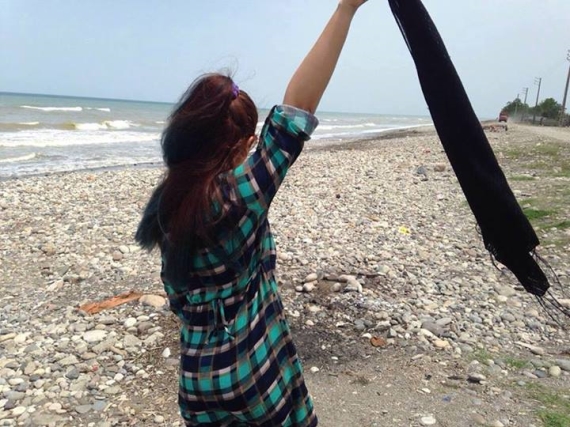 One post on the Facebook page is of a young woman, headscarf free, in a car similar to Alinejad. The sun blazes down and the caption reads as a powerful and simple plea, ?Let me live as I please. I have a small wish..which is as simple as being free to let the wind blow through my hair.? Another shows a woman on Chitgar Lake in a yellow boat, staring introspectively out at the dark blue water. She writes, ?My head and my headscarf are not generally on speaking terms.?My headscarf has slipped off my head in public areas many times and they have warned me that they will arrest me if it happens again. What can I do? I don’t like the hijab!? Some women pose anonymously with their faces obscured, brandishing their unwanted scarves in their arms.?Some take trips to the beach and wave the unwanted clothing in the sea wind. 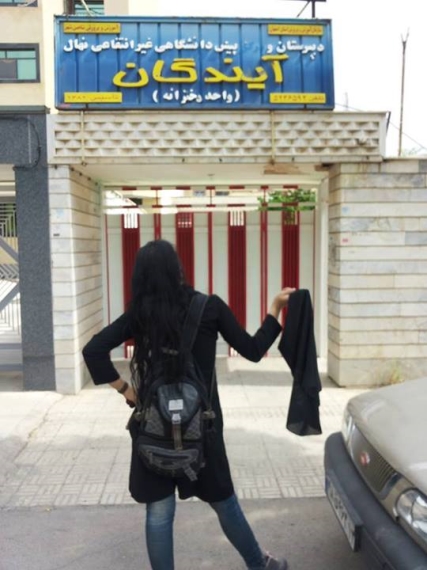 The women participating aren’t against women wearing the hijab, they’re just making the point that they have been denied the freedom to choose. Women who enjoy wearing the hijab message the page with messages of support. Alinejad says these acts are ?not linked to politics?, these ordinary women, young and old, just want a life with choice and free from legal threats. Meanwhile this crusading journalist is receiving death threats and being accused of collusion with western groups. Some parody pages have sprung up from men derisive of the whole campaign. Another group is looking to name the women so as to report them for public lashing. Some men are making rape threats. As for the future? It’s an uphill battle in a country where conservatives are not going to budge. Even moderate politicians won’t take a liberal position on the hijab question. 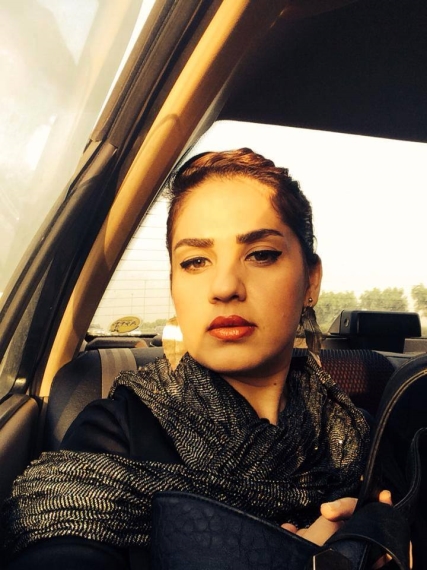 During her BBC interview Alinejad made the powerful point that social media is helping these women create their own media in a country that constricts from doing so. Next time someone tells you a hashtag means nothing show them #mystealthyfreedom.