The news that Pitt turned up to Jennifer Aniston’s birthday celebrations had fans metaphorically ringing ‘Brad and Jen’ wedding bells. Amanda Cassidy reflects on how frustrating it must be to be solely defined by your love life.

I was always #TeamJen. I’m not just saying that because Angie seemed to turn into the real version of Maleficent after the breakup of Brangelina.  But the minute the back of Brad’s head turned up to Jen’s big 5-oh party, the world went plain crazy. Just good friends, pah, we snorted. This is their destiny.

But let’s not forget the whole dumping her for Angelina thing. Let’s not imagine for a second that Jennifer is ready to fling herself back into her ex’s arms just because she is single and childless at 50.

We all know how this narrative goes. Brad and Angie were happy and Jen was sad. Jen could never be happy without him. Or without children. Her happiness is determined only by her love life and specifically compared to Brads. Now they are both single…ergo wedding bells and fireworks.

The fact that this smart, talented actress was even put up against Angelina was pitiful – a very public triangle with two strong women supposedly vying for the good-looking man’s attention. The public’s relationship with Jennifer has been well-meant, even sisterly  — protecting baby girl from the creep who hurt her. But how depressing that she is again being solely defined by her love life. 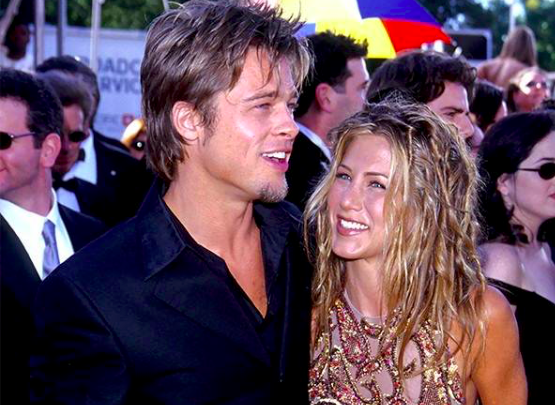 That’s why Pitt showing up to her (not insignificant) birthday celebration sent some into meltdown. Could it be? They tweeted frantically. This is Meant. To. Be.  But the truth is a little less headline-grabbing: Pitt has had a challenging few years — not only from a PR point of view, but he didn’t emerge from his divorce with Angelina unscathed. Listen, we all make mistakes and even Jennifer pointed out in 2005 when they split that he seemed to be ‘missing a sensitivity chip’. There were rumours of infidelity as he worked with Angelina on the movie Mr and Mrs Smith (they were never confirmed) and there is no doubt he treated his wife at the time badly. This week, a source for the Inglorious Bast*rd  — sorry the Inglorious Bast*rd actor — told US Weekly that if Brad could turn back time, he would have handled his divorce from Jennifer differently.  According to the insider, the 55-year-old “doesn’t like to dwell on the past’, and wished he’d handled the end of their marriage in “a more thoughtful manner.” Apparently “he asked for Jen’s forgiveness a long time ago and she gave it”. 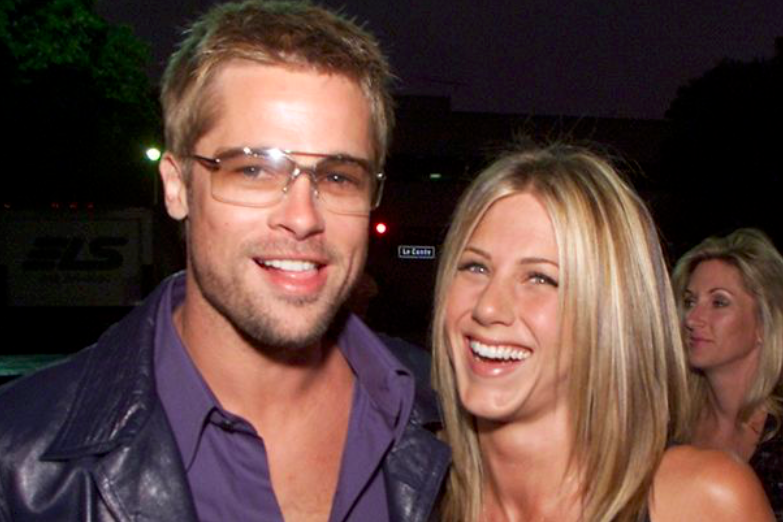 No sh*t, Brad… because Aniston is on top of her game. She’s worth hundreds of millions, is healthy, has loads of friends and seems to be doing pretty well for herself.

Pitt is not the key to unlock the miserable life we all seem to think she is trapped inside.

Why are we continuing to pedal the narrative where career accomplishments are squashed way down the list under having a man, being married, having children, a cute house and a Preen blouse? Why would we champion her taking back the guy who messed her around so publically and who caused her such humiliation? Forgiveness yes, jumping into his bed again? Unlikely.

So as much as you’d love to hear Aniston and Pitt announce they are getting back together by saying ‘We were on a BREAK!’, let’s just accept that we all need to move on. We need to stop thinking that ‘poor Jennifer’ needs to be saved (by the very man who dumped her) and that sometimes (gasp) you can actually be F.R.I.E.N.D.S with your ex.