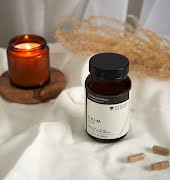 Is KLM’s breastfeeding policy inclusive or another way to shame women?

A tweet from a Dutch airline asking mothers to cover up while feeding children has gone viral with many slamming the breastfeeding ‘policy’ and some agreeing with it. Whichever side of the fence you sit, it’s the mother who is made to feel at fault, says Jennifer McShane

It started with a single tweet; a reply to a response about in-flight breastfeeding, which to put it mildly, raised more than a few eyebrows.

“Breastfeeding is permitted at KLM flights,” the tweet read. “However, to ensure that all our passengers of all backgrounds feel comfortable on board, we may request a mother to cover herself while breastfeeding, should other passengers be offended by this.”

Related: ‘The shame and stigma around periods has to end’

The whole wording is geared towards everyone else. Everyone but the mother. Starting with the use of the word “permitted.” Like you need to ask before you can feed your child. Then, you may be asked to cover up – God help it if other people see a flash of skin – to keep other passengers’ offence levels at a minimum.

Breastfeeding is permitted at KLM flights. However, to ensure that all our passengers of all backgrounds feel comfortable on board, we may request a mother to cover herself while breastfeeding, should other passengers be offended by this.

Essentially, though it tries to be inclusive, the entire tweet is essentially geared towards making the woman feel ostracised.

Shelby Angel, from Sacramento in California, said a flight attendant had approached her with a blanket, which she refused, saying in a Facebook post she felt “uncomfortable and disrespected.”

Angel said she always sought to be discreet but that her daughter did not like to be covered. After complaining to KLM she was told it was the airline’s official policy and that passengers needed to be “respectful of people of other cultures.”

“Actually, no one has ever complained to me about breastfeeding in public. Except this flight attendant,” she wrote. “The rest of this flight, that flight attendant would not so much as look me in the eyes. I felt extremely uncomfortable and disrespected.

“Instead of standing up for and protecting breastfeeding mothers and our children, already under the duress faced by flying with our young children, KLM would rather hold up antiquated values that shame women’s bodies.”

Yes, we have to acknowledge that some may be uncomfortable – KLM do say they want to be mindful of passengers from all backgrounds – but, in 2019, it does seem ridiculous – it is one of the most natural acts, done with discretion to boot. Never mind the fact that travelling with an infant in the first place can be extremely stressful.

The issue so many had was that KLM seemed to have little regard for how comfortable mother and baby would feel.

As an international airline company, we transport passengers with a variety of backgrounds. Not all passengers feel comfortable with breastfeeding in their vicinity and sometimes these passengers complain to the cabin staff. >>

And we know breastfeeding can be tricky enough – this is without ensuring the woman in question is made to feel shamed.

The solution to those that did deem the act of breastfeeding sans a cover-up too much for others to bear in 2019 was put in layman’s terms:

You need to change your perspective @KLM – anyone who claims to be ‘offended’ by breastfeeding is sexualising the mother’s breast. Don’t pander to the creeps – tell them to look at something else and mind their own damn business.

A history of shame

And we know that women’s bodies are frequently used as a vehicle for shame. From your periods to whether or not you choose to have children – even down to some women feeling too embarrassed to get a smear test.

As it is, women’s bodies generally aren’t celebrated, they are criticised.

For being this way or that way, society says our bodies must conform to a warped idea of perfectionism – and still, we need permission to do something as natural as breastfeeding, always for the comfort of those around us.

Even under the guise of inclusivity, this policy feels outdated, unnecessary and just another reason to make women feel uncomfortable about their bodies.