Khlo? Kardashian Responds To Criticism She Is Using Lamar For Publicity

To say Khlo? Kardashian is having a very stressful time of it lately is a mild understatement. The reality television star has had to field becoming an object of viral ridicule, launching an app, and the near loss of her beloved ex-husband Lamar Odom.?Earlier this month Odom was rushed to hospital after he fell into a coma and suffered a series of strokes. Khlo? rushed to be by his bedside in Las Vegas. He woke up days later but remains in a serious condition. 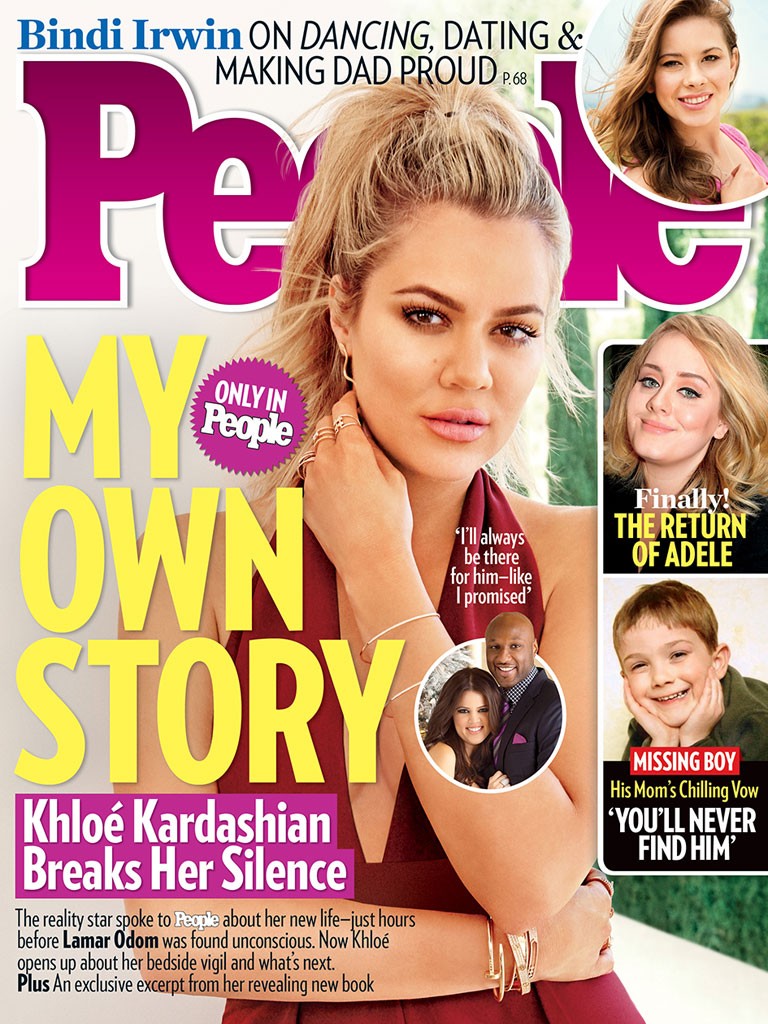 Now Khlo? is being accused of using the media storm surrounding Lamar for her own self-promotion. She appears on the cover of this week’s People under the tagline ?My Own Story: Khlo? Kardashian Breaks Her Silence?. Some saw this as cold opportunism. Khlo? wanted to make it clear she wasn’t trying to make more money off the back of a near-tragedy.

I want to make this VERY clear…. My people cover, I shot and interviewed for PRIOR to all the events that happened. PART 1

It was contracted press for my book that I wrote months and months ago. Timing is what it is. PART 2 – Khlo? (@khloekardashian) October 28, 2015

Shame on you all for thinking the worst of me. It’s been a tough few weeks. I don’t need your fucked up energy!

I had to do a follow up 5 minute phoner after the events only because I was contracted to. I cancelled my book tour to avoid this attention. – Khlo? (@khloekardashian) October 28, 2015

Khlo?’s book?Strong Looks Better Naked was the original subject of the interview, which took place on October 13th, hours before she knew about Lamar. In the magazine Khlo? clarified the nature of her and Lamar’s relationship. Many thought the couple divorced, but it emerged in recent days the papers haven’t yet gone through the backlogged courts. Khlo? has since made the decision to delay the divorce. She told People:

?I pulled back on the divorce because there is no rush for it. For medical decisions and a ton of other things, it’s just smarter that it’s put on hold. But that does not mean I’m back with Lamar. It’s not even in our brains to think about us having a relationship – but I’ll be there supporting him every step of the way… You never know what to expect in life… I love Lamar, and I’ll always be there for him like I promised.?

She also told the magazine she was still seeing her boyfriend?James Harden and that they hadn’t split like reports suggested.