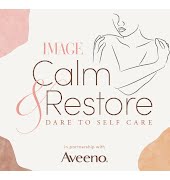 Professor Karen Uhlenbeck has become the first woman to win the Abel Prize for mathematics since it was first established in 2002.

The award was awarded by the Norwegian Academy of Science and Letters in Oslo and included a prize of £530,000.

It is often referred to as the Nobel Prize for mathematics and was awarded to her for “the fundamental impact of her work on analysis, geometry and mathematical physics.”

Related: Irish entrepreneur named as a finalist of the 2019 Cartier Women’s Initiative

Hans Munthe-Kaas, the chair of the committee said Professor Uhlenbeck’s work has changed the landscape of maths and “her theories have revolutionised our understanding of minimal surfaces, such as more general minimisation problems in higher dimensions.”

Her work has included the gauge theory and geometric analysis which helps researchers to model the behaviour of electrical fields, sub-atomic particles and the unification of electromagnetism and nuclear forces.

Uhlenbeck receives the #AbelPrize 2019 “for her pioneering achievements in geometric partial differential equations, gauge theory and integrable systems, and for the fundamental impact of her work on analysis, geometry and mathematical physics.” @UTAustinhttps://www.abelprize.no/c73996/seksjon/vis.html?tid=74011 pic.twitter.com/gNw7INgxwX

Her techniques are now commonly used by many mathematicians.

Speaking about her win to The New York Times Professor Uhlenbeck said being the first woman to the win the prize was “unnerving”, continuing, “I certainly very much felt I was a woman throughout my career. That is, I never felt like one of the guys.”

She also said that when she was a child, it was television where she found inspirational women to aspire to, not academics. And for her, it was chef and tv personality Julia Child who she looked up to.

Many now hope her win will encourage more young girls to join the mathematical field.