Not so far from the madding crowds of Spain’s Costa Tropical and Costa del Sol is a hillside hideaway where horses, exquisite food and sheer restfulness reign supreme and a road trip is the perfect way to take it all in.

The thrum of bees. The soft thud of a ripe mandarin plopping to the ground. A crisp leaf blown on a breeze. The gurgle of the swimming pool. The cicadas’ chorus that builds into a matinee crescendo. The snore of a fellow guest. It’s not until the furious clop of horse hooves storm into the yard at breakfast time that you remember you’re here on a riding holiday. That, and the glorious ache in your thighs every time you ease out of the sun lounger.

Phone network and data roaming be damned at Los Olivillos (los-olivillos.com), a working olive farm and stables tucked away in a national park in the Sierras Tejeda, Almijara and Alhama in Andalucia in southern Spain. The park covers a gargantuan area of 40,662 hectares split between Malaga and Granada provinces, the former’s airport some 55 kilometres away. It’s where rebels and bandits once rode their mules through precarious, narrow paths during the Spanish Civil War, and through which merchants traded food and supplies. But city life and past hardships feel worlds away from this tranquil hillside idyll where nature reigns supreme: an endless caravan of ants, the swooping swifts, the jittery geckos and slithering lizards. 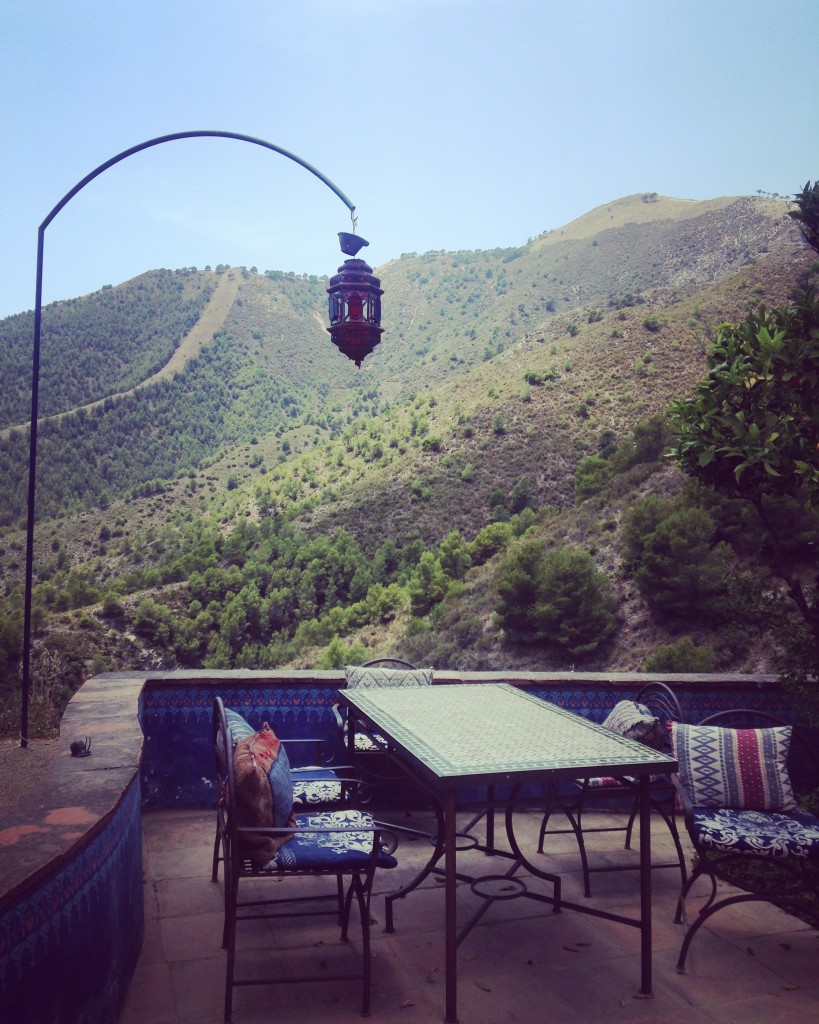 However, it’s the horse that is king at Los Olivillos. It’s where Donna Forsyth, a British former chef, threw down roots some 15 years ago to realise her dream of running an equestrian retreat cum farm, which she and her stepson, Ricky Hodge, and British horseman, Jeff, run with convivial gusto. At the time of writing, they have 13 horses – “we need a 14th in case it’s bad luck!” quips Jeff, who was a barn foreman in prestigious UK studs before moving to Spain. As a woman buying and selling horses here, Donna is an anomaly. Horses are traditionally a man’s game in Spain, with its own centuries-old, patriarchal etiquette that she has had to observe – and sometimes challenge. But her expertise and perseverance have paid off to startling effect. 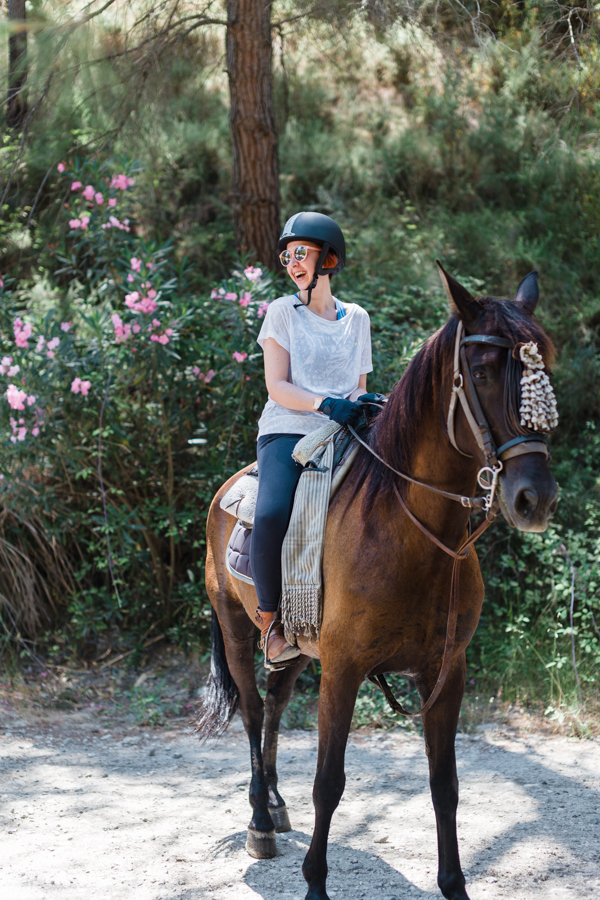 The riding here is exceptional. There’s a receptive, well-schooled Andaluc?an horse for every ability, from absolute beginners to world-class professionals – including this intermediate writer, who went to riding school every Saturday during my youth but now only gets back in the saddle a few times a year. Hacks start every morning at around 10.30am, after guests enjoy leisurely breakfasts on the terrace overlooking a sierra that undulates towards the Mediterranean Sea in the middle distance. Horses are tacked up and then we’re off, winding our way through remote roads with the sheerest of drops and the most magnificent of views. Very occasionally we pass a car – mostly it’s just us and the slow, hypnotic clatter of hooves. The mind wanders and wonders. This is heaven.

While the region is inevitably parched by late summer, in June it’s surprisingly verdant. Olive, carob and pine trees are everywhere, while fresh rosemary and lemon balm scent our path (one day, Ricky grabs fistfuls of fresh, roadside mint for our pre-dinner cocktails). 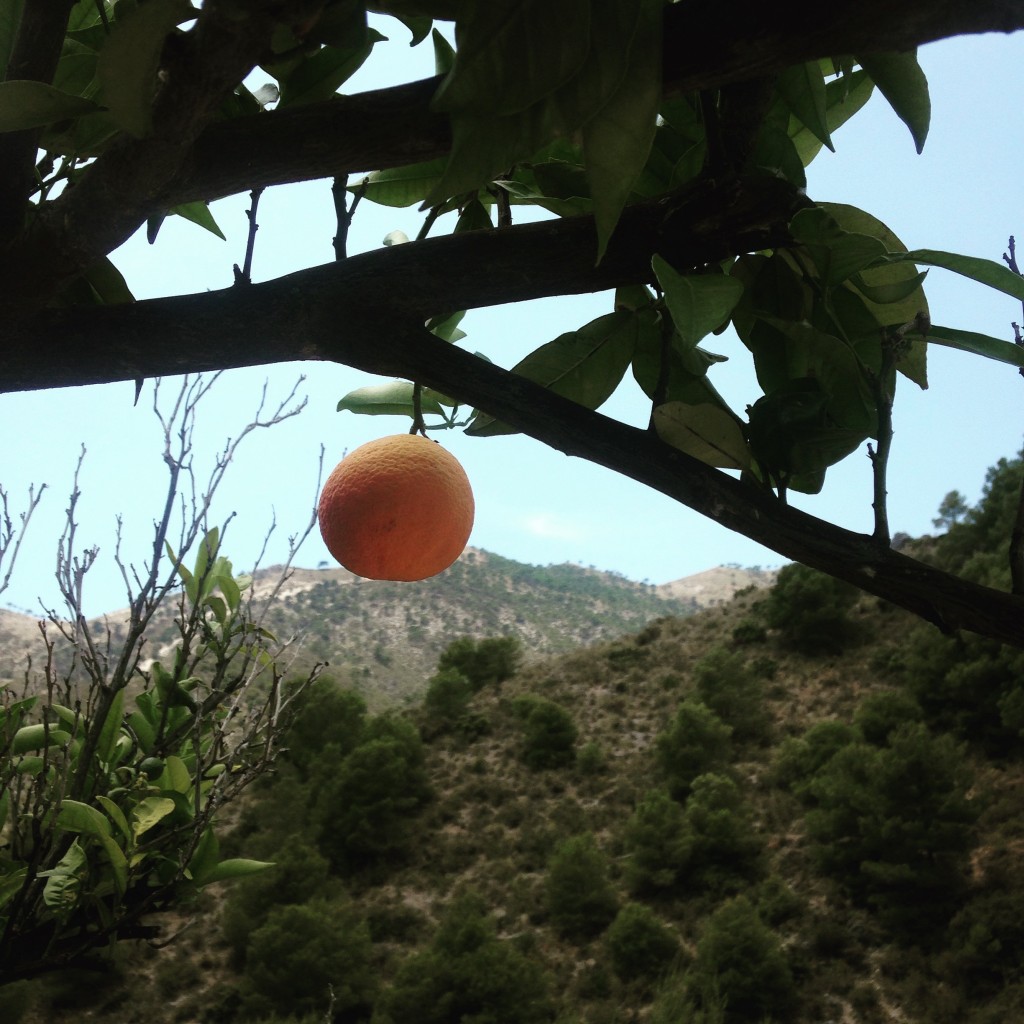 Rides can last up to four hours, but with a cheeky pit stop along the way – much-needed after so long in the saddle and fierce Andaluc?an heat. One afternoon, Ricky and I leave our horses beside a bar to sip gin and tonics in the sunshine. (This tipple turns out to be a constant theme, Donna arriving in her 4×4 with ice, plastic cups and freshly made gin and tonic during one trek.)

Another day, our group rides into the tiny, pretty hamlet, El Acebuchal, aka ‘The Lost Village’. What’s now a pristine settlement of whitewash homes was once a ghost town, its residents banished by the Guard?a Civil in 1948, having harboured enemies of Franco. Houses were left derelict and dormant until the 2000s, when children and grandchildren of the original occupiers returned to claim back and restore their properties. Electricity and fresh running water were installed for the first time in 2003; now El Acebuchal is a peaceful enclave beloved of locals and visitors alike. We ‘park’ our horses outside one of the two tavernas where I enjoy fried sole with unctuous sauteed potatoes washed down, again, with giant G&Ts.

Mealtimes back at the ranch are hearty and healthy, thanks to Donna’s catering expertise. A former chef at London’s five-star hotels, she admits to living the dream by not only keeping horses but also growing her own produce at the on-site allotment. For three days we feast on freshly plucked avocados, tomatoes, chard, aubergine and some of the biggest and tastiest courgettes I’ve ever eaten, remastered into tagines, tapas, soups and paella, each dish inspired by the region’s Moorish roots. Los Olivillos continues to maintain its olive farm heritage, too, producing its own oil and also honey, the results of which are lavished at every mealtime. 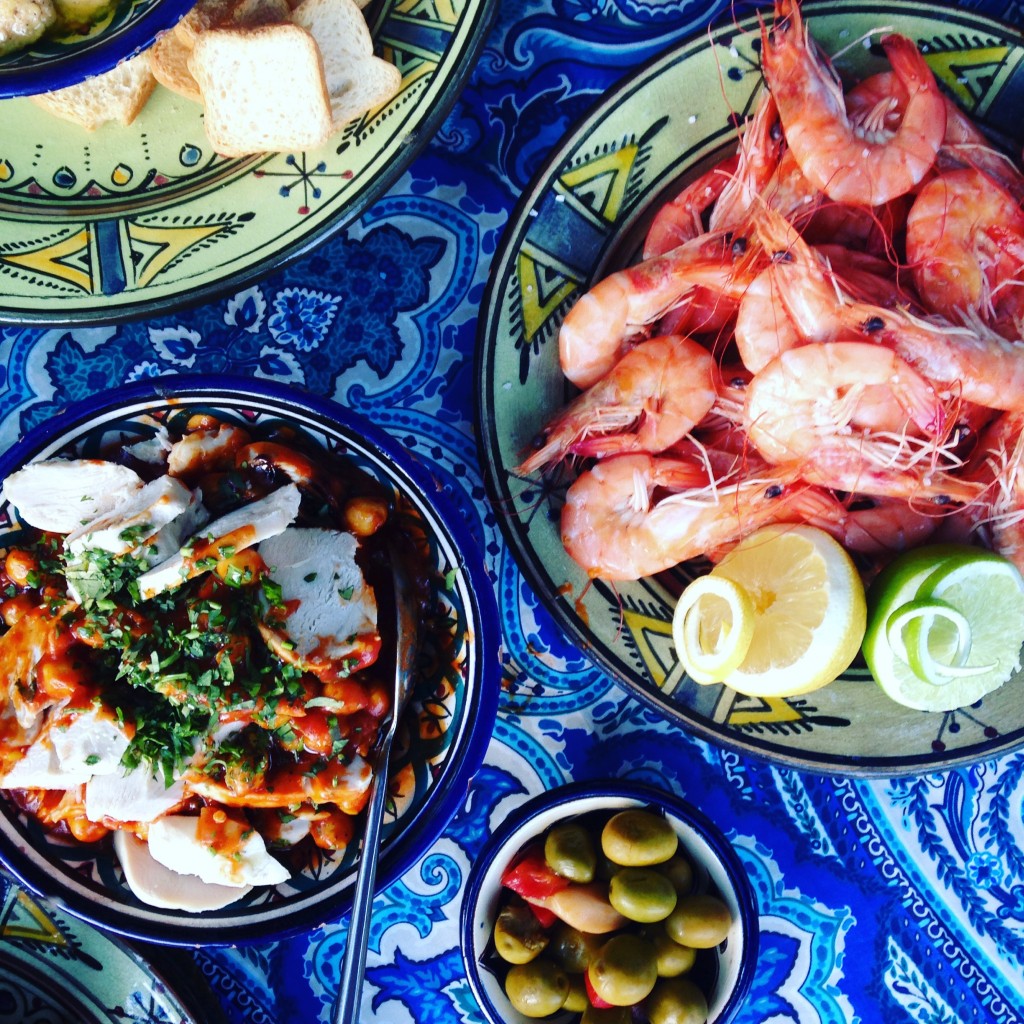 In such great outdoors, we spend very little time in our converted stable accommodation. But once the riding boots are thrown off and jodhpurs peeled from saddle-sore limbs, there’s much to love: a homely, contemporary curation of comfortable beds, linens and cushions, a kitchenette, day-bed, cute crockery, bohemian lamps, books, magazines, original artwork and a large bathroom with shower.

In this place, I don’t miss Wi-Fi. I gladly spurn my emails and social media, turning my attention instead to reading, feasting, resting and counting down the hours until my next horse-ride against that soundtrack of thrumming bees, plopping mandarins, gurgling pools, the chorus of cicadas …

This feature is in the current issue of Cara magazine, the inflight publication of Aer Lingus. For flights to Malaga, visit aerlingus.com. Lucy booked Los Olivillos through Zara’s Planet, which specialises in riding holidays. A three-night break at the finca costs €540 full board, including unlimited alcoholic drinks, and daily horse riding.