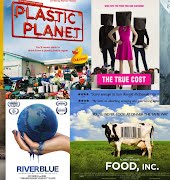 Jameela Jamil: ‘I hope celebrities sh*t their pants, the way the poor women who buy this nonsense [detox tea] do’

“They got Cardi B on the laxative nonsense ‘detox’ tea. GOD I hope all these celebrities all sh*t their pants in public, the way the poor women who buy this nonsense upon their recommendation do. Not that they actually take this sh*t. They just flog it because they need MORE MONEY” – Jameela Jamil, 24 November, 2018.

Defecating yourself is no joke. Most of us go to great lengths so that this never, ever happens but if the amount of promotion for laxative tea from celebrities and influencers on Instagram is to be believed, everyone is at it.  Well, they should be… if they’re actually drinking those drinks that they’ve been paid to promote.

The Good Place actress and former  T4 host Jameela Jamil has been on an online rampage calling out celebrities like Cardi B, Khloe Kardashian and Iggy Azalea for promoting detox teas that claim to cut back on hunger pains, purify your body from the inside out and ‘clear it from free radicals’. Jamil’s gripe is that celebrities are promoting this tea but failing disclose thathat they have personal trainers and chefs on hand to feed them 24/7 and a team of people to edit their photos so that they always look good online.

The whole nature of detoxing is kind of baloney –  your liver does that job for you –  so there’s no need to whoosh everything out at once. To start a healthy diet, you don’t need to reset your factory settings because that’s what eating healthily is. The good stuff – the food that comes with fibre and vitamin D and iron and fat and sugar  – helps your bowels do what they need to do, but it also helps the rest of your body function the way it should. So when these celebrities say that they drink this tea (if they do at all) regularly, they’re not filling you in on how many bathroom trips they make an hour or how many accidents they’ve almost had. They don’t tell you about the headaches you get from not eating or the cravings that blind you from paying attention to anything at all and they’re certainly not telling you about the extent of their dieting.

“Give us the discount codes to your nutritionists, personal chefs, personal trainers, airbrushers and plastic surgeons you bloody liars,” tweeted Jamil and from being an avid Keeping Up with the Kardashians watcher, I’ve some idea of how much working out, salad-chewing and collagen goes into looking like a Kardashian. Spoiler: It’s a lot. To fit in all of this working out and beautifying, you have to get up early in the morning, very early in the morning, to look like a Kardashian. As much as I enjoy the Kardashians, their view of body positivity is not the view I share. In a recent episode of KUWTK, Kylie Jenner told Kim that she was feeling insecure about her body after giving birth to Stormi and  Kim’s response was one of the saddest things I’ve ever heard. “Trust me, I get it. The pressure to snap back,” she says. “Like,  it took me six to eight months and once I got there, I was like ‘I’m never leaving’”. Six to eight months. That is not reality.

The conversations around slimming down and dieting are a little skewed in celebrity world because their bodies are their currency. More than a little, actually, it’s totally bonkers. Mark Wahlberg recently posted his daily routine on Instagram and it kicks off at 2:30am and by the time 9:30am rolls around, where he then takes to his cryo chamber to… cry, presumably, he has already said his prayers, eaten breakfast, worked out for an hour and a half, eaten his second meal of the day, showered, golfed and snacked. He fits in another gym workout before dinner. Let’s scream this from the rooftops: this is not reality.

Because of The Good Place’s success, Jamil is properly living in this celebrity world. She hears the dieting conversations and she sees the insane workouts so she can pick out the lies from the truths almost instantly. Researching a typical Kardashian diet, they mostly live off steamed veg and fish. Snacks include: water  – water!!!! – apples, turmeric tea,  and six – not five, not seven – six almonds. If they’re using detox tea on top of that, which they’re not, what’s to flush out? The discarded shells of six measly almonds? WATER? You flush that out anyway via the magic of your kidneys.

And, look, it’s fine if celebrities want to do this but they need to be a little more realistic in their delivery because these detox teas are not what’s making them skinny. It takes a village of professionals to get them looking how they look. It’s 6am gym sessions. It’s corsets, actual corsets, and tailors to make everything fit right. It’s good lighting and good angles that have probably been dictated by somebody else. It’s drinking water as a snack.

And, to be fair to us, we always knew it was bullsh*t. We scroll by these detox tea posts thinking “Who actually buys these products?” but people do. Real people buy them so that they can chase the fake reality created by these celebrities who are earning some petty cash for shilling out their soul in a little spon con post. Grim. And while we knew it was lies, we probably forgot about the very real thing that is sh*tting yourself. And no one wants that. And to that, Jamil, I say brava.

‘I was 12 and had liposuction’: Jameela Jamil’s moving interview with Sam Smith is worth watching