Jack Reynor Talks Sing Street And Being A ‘Rising Star’

Full disclosure: we have a crush on Jack Reynor. We met him years ago when reporting on the Transformers 4 red carpet in the Savoy and there is just something about his eyes. And face. And shoulders. The whole package. We left, as Bridget Jones said, with?a bit of a crush. He’s also crazy talented. What Richard Did, Glassland, Macbeth -?the 24-year-old has critical approval and acres of talent. His agent deserves a raise for every discerning line added to that resum?. We caught up with Reynor to talk about his supporting role in John Carney’s ode to 1980s music and Dublin,?Sing Street.?The movie?tells the story of a bunch of young lads in a Christian Brothers Dublin’s inner city who start a band to impress a girl. Reynor plays the disaffected and vocal Brendan, brother of frontman Conor, who takes it upon himself to educate his brother on ‘real’ music. Phil Collins EPs need not apply.

On his somewhat random CV – all those indie movies mixed up with the crazy robotic cars wreaking havoc blockbusters?

“Diversity is key. That’s what keeps you alive as an actor, I reckon. My whole thing is that I’d hate to do the same thing twice, ever. I’d hate for someone to write a review of a film I’ve been in and say ‘Jack’s very much like how he was in this (makes gesture) performance.’ I just want to be constantly doing things that are surprising the audience and making people see me in a different light, I suppose.?

Who he wants to work with?

?My interest is in working with really interesting up-and-coming directors and people who have unique voices in the industry. My belief is that you can do so much with a tentpole movie if you’re an actor of the kind of calibre of where I’m at, I suppose, in my career. But if you try and work with people who are about to break, if you work with people whose films have the potential of being a sensation out of nowhere, it’s probably better for you in the long run. My approach ?is that I want to be in this industry for forty years rather than have all of the trappings of massive success overnight and be gone by the time I’m 29.” 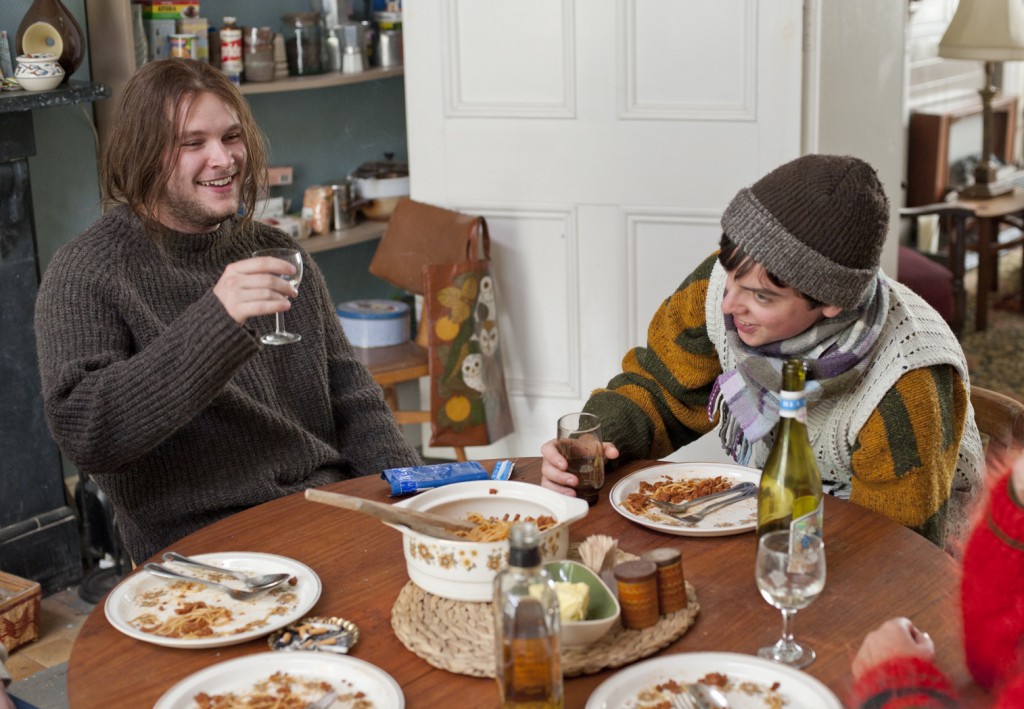 Irish directors he loved working with?

“I’ve done lots of Irish films with lots of Irish directors. I’ve done a film (Dollhouse) with Kirsten Sheridan which I absolutely loved making. That was my first movie – Kirsten was the one who really found me initially. Then Lenny (Abrahamson) of course. That film (What Richard Did) really broke the back of North America for me and helped me very much to get into the broader international market.

On balancing Irish movies with Hollywood.

“It just comes down to the script, to be honest with you. I’ve done five Irish films in my career, that’s quite a lot. I don’t necessarily feel like I need to do Irish films just for the sake of doing them. I just want to make things that are really, really good stories. We have a wealth of fantastic directors in this country. I don’t know when the next time I will make an Irish movie is going to be. It will just have to be about the script. Maybe I’ll wirte something and direct something myself.”

Will he find time to direct in the next five years?

“I’m hoping to make a couple of short films this year and I’ll submit them to a couple of small festivals. I don’t want to be that wanky actor who goes ?I’m a director, wait and see how fucking intelligent I am.? I just want to see if it’s a skill that I actually have. I do have an interest in building my production company and ultimately having an opportunity to be behind the camera as much as I’m in front of it. That would be fantastic. And that’s an aspiration that I have. But I’m not jumping into directing any What Richard Dids or any Rooms over the next couple of years.”

How he came to star in Sing Street?

“John Carney and I are very good friends. He and I met each other in the Galloping Green pub on the N11, right by where my old apartment was, about two years ago. We sat down for a pint and he said to me, “Look, you’ve read this script. This character is really personal for me and it’s important how he’s portrayed in the film. I know that you’ll hit these beats the right way and I’m keen to see what you’re going to do with it and I’d love for you to be a part of the film.’ I was all over it. I loved the script. I loved the character. I thought he was such a tragic and heartbreaking character, and yet such a hopeful character. He was very dynamic and appealing to me as an actor. And I knew a lot about listening to music and smoking weed.?

“You know what’s annoying about it is that it’s somebody else’s real hair. It grew on someone’s head and then it was threaded into a little wire mesh. You sit down and you’re eating lunch and you’re getting all this other person’s hair in your mouth and you’re just eating someone else’s hair. And that was fucking disgusting.?

“Kraftwerk. I love driving. I’m a big motorhead and a big fan of Motorhead. I love my cars and The Robots by Kraftwerk is my favourite driving song right now. Steely Dan. It’s a guilty pleasure, but I am into a bit of Duran Duran. 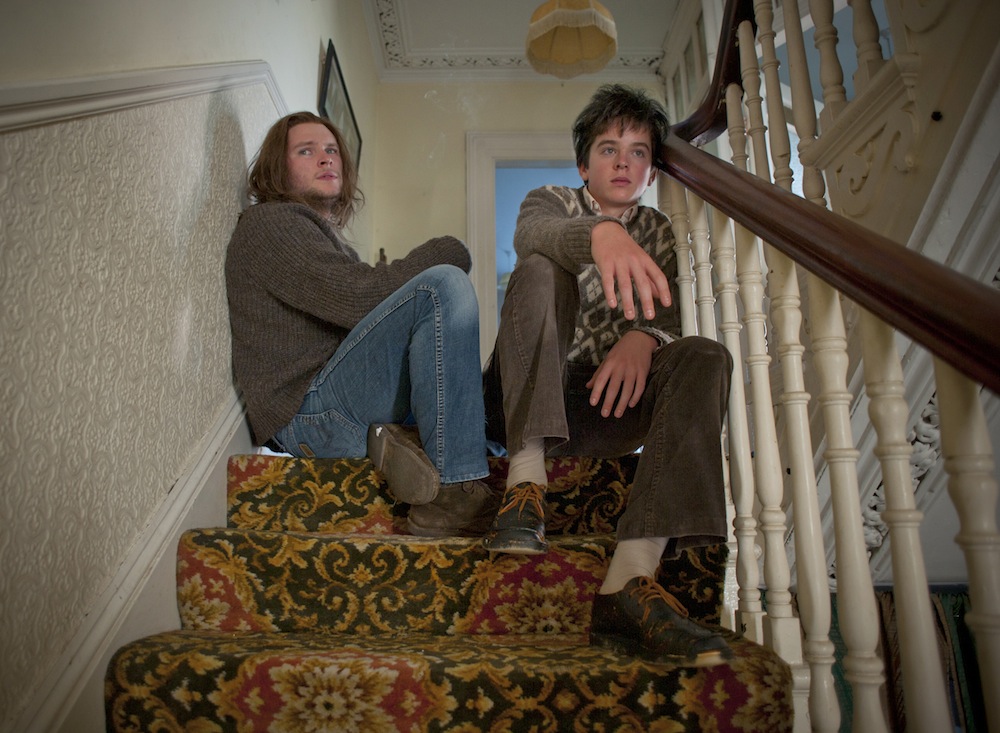 On his name constantly being coupled with the words ?Rising Star?.

“My public profile has burned very slowly. I suppose,?in a way, I haven’t become that thing of being a big franchise movie star and everybody in the world knows who you are – all of a sudden you can greenlight absolutely any film completely by yourself. But that’s not really bothered me because since my career began I’ve had the opportunity to work with some of the most interesting and unique filmmakers that are working today. And I’ve played very interesting and very dynamic characters in their films. All of which I’m very proud of and I think people are slowly but surely starting to see a picture of my career is actually about. I want to be seen to be a reputable actor. Someone who’s worked very hard at what they’ve done and who’s put in good performances ?and thought about every step that they’ve taken in their career.?

On finally making it to Sundance. (He had to skip last year’s Glassland screening for personal reasons.)

“Sometimes you go to these festivals and they’re so industry driven. It’s people coming up and they’re being really facetious with you. It can be a little bit annoying but that was a festival where it felt like there was a bunch of Irish people around and it was the community out there. That was really nice, seeing all these people I know in this random place in the midwest of the United States.?

On A Royal Night, a historical romantic dramedy currently on Netflix. Jack plays a soldier with A Mysterious Past who runs into Princess Elizabeth on the manic night of VE Day in London. We enjoyed it.

?He’s ridiculously good looking. It’s stupid like. Armie is just an absolute legend. I love that guy so much. He’s just cool. We became really good mates out in Brighton where we shot Free Fire. We had these shitty little student apartments that were in a way really endearing because it felt like we shooting a student movie out there. Every night we’d finish up at like five or six in the evening and we’d get out for the last couple of hours of sunshine and go for pints in Brighton and do whatever. It was so much craic.”

?Jack O’Connell and me are very solid mates after the movie we just did together. It was intense. It was very physically demanding, demanding in a lot of ways but a very rewarding film. Me and him are thick as theives now.?