‘Failure is a normal part of life. It’s not the end of the world, it’s the beginning of the new one’

Irish Author, Remie Clarke tells Sophie White about learning how to value herself, reframing failure and her ten-year journey to publishing her award-winning debut novel, The Glass Door

We love stories of success. We love to hear about disappointment, hardship and failure, but only as long as the final act contains a gloriously vindicating flood of success. All these viral videos telling us how Oprah was fired from her first job and The Help was rejected eight thousand times before it was published, gives us a little dopamine hit. We like a little bit of adversity but ultimately the story has to deliver big in the form of respect and success at the end. However, the success narrative is not really teaching us anything of value because it rarely dwells on the most vital part of succeeding: Failing.

When Irish author, Remie Clarke first started writing her debut novel The Glass Door ten years ago, she never thought the process of bringing her book to an audience would be so onerous, especially given so much went so right with the novel when she first began to shop it around.

“When I first wrote the book I had just moved to London and I was acting then. I was going to auditions and when I wasn’t auditioning or working, I was writing this book. I wasn’t booking many jobs, so that whole career was the first failure,” Clarke laughs. 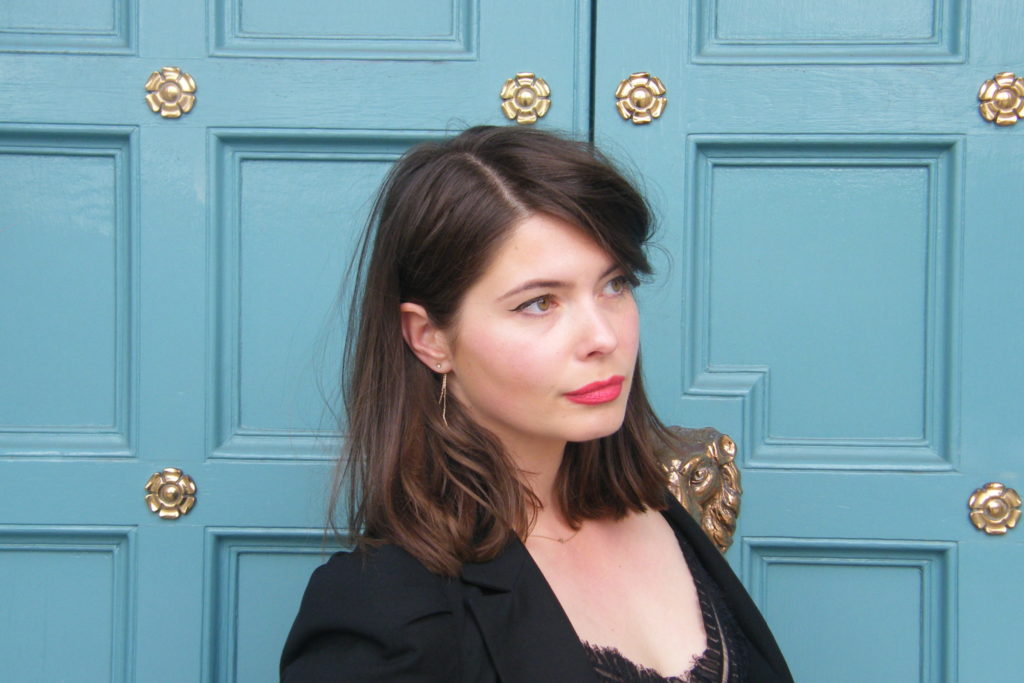 Clark wrote much of the first draft on scraps of paper, “I couldn’t afford a laptop, we were just getting by.”

“I never thought I would finish it, then I did and started sending it out to agents.”

Much of the feedback from traditional publishing houses voiced concerns about identifying the market for The Glass Door, which centres on a girl who veers between the real world and her own imaginary one. It’s a problem that many books that appear to straddle genres or markets such as YA and adult fiction encounter, though Clarke is loath to put forward excuses.

“I don’t know, I mean you can say what you want about these things. Maybe it’s this, maybe it’s that. Maybe it’s just because it’s f*cking shit! You make any excuses you want but the fact of the matter is that I started writing it 10 years ago and for seven years it’s been rejected consistently.”

This pronouncement is a damning one but it’s not altogether the truth of the matter. The Glass Door won several prestigious awards and netted her current agent.

“I won the Dalkey Book Festival and the Novel Fair at the Irish Writers Centre, so they were bright spots but over seven years… those bright spots kind of lose their vibrancy.”

Passion has its drawbacks

Clarke is philosophical now about success.

“After winning the first award, I was like this is it, I’ve made it,” Clark laughs. “You look back on your younger self and you’re so young, so wide-eyed, so hopeful. It was a such a lovely time back then when you were ignorant!” she laughs.

We often hear of the books plucked from first-time novelists and thrust into three-way bidding wars, but for the vast majority, the slog is far less cinematic. Clark’s (first) agent contacted from time to time to say he had no news.

“Because I had won something I thought this would be easy but there are so many people out there who have won something or other and they are in the same boat.”

“Passion has its drawbacks because you could be following your passion and you can be destroyed by it at the same time. Because you put so much into it, you put your heart into it and you have all these hopes. You think “Oh surely by now ten years later, something has to happen!!! But not necessarily and then it feels like an attack.”

“When you value yourself by your work and you think this is what you are and this is the best way to explain your soul. And you keep throwing it out there and people keep going ‘Your soul is just not really working for me right now!’ You just feel worthless, you feel a failure.”

Now Clarke together with her literary agency are publishing The Glass Door through less conventional means, The White Glove program from Amazon is a bit like Netflix for books. Dalzell Press are the imprint that will publish the book, which is then sold through Amazon, offered in three formats: Print on demand, audio and kindle.

“At this point I’ve no expectations. I’ve gone past having hope and I think it’s a positive thing because detaching from something is really important. I think it’s a necessary part of birthing a piece of work into the world. Because you can’t hold on to it anymore. Yes, you are the author but once people start to open it, they absorb it and I feel like it changes when people read it, they add something themselves when they bring the world to life through their imagination.”

“I don’t think Hodges Figgis can order copies. It kind of exists in this weird space, it’s trying to do something new in an industry that is changing. In the way music has changed and the way we consume things is changing. It’s good to reflect that but it also means that it’s bypassing the bookshops, which I love. I prefer buying my books, I don’t actually buy on Amazon and yet my book will be sold there. So it’s kind of a funny tension.”

It’s okay to accept that I have failed

With her first novel finally making its way into the world, Clarke has had time to reflect on the last ten years.

“I feel I’m at a point where I’ve had to unlearn all the ways I’ve been taught to value myself.”

“I think the fact that I have failed is not so bad a thing and it’s okay to accept that. Before I would’ve thought of failure as a dead end but now I don’t think that. I think of it as a redirecting or a way to build something new again. Like the idea of the phoenix, it’s constant destruction and creation. Failure is a normal part of life. It’s not the end of the world, it’s the beginning of the new one.”

“I think it’s okay to accept that I have in some way failed in terms of what I had in mind but at the same time I have managed to get a couple of good things done. And I am really grateful for the things that have worked out. It’s been a very meandering road…. And it’s more about learning to be fine with that.”

Earlier this year, Clarke edited a collection of stories featuring some of the leading Irish writers including Pat McCabe, Sinead Gleeson and Louise O’Neill. The collection, The Broken Spiral was in aid of the Dublin Rape Crisis Centre and was intended as short stories for healing.

“I held myself back from doing it for four years. I thought, who am I to do something like this? But at the same time, I felt it was important.”

“And it worked. If you follow your impulses they’re usually there for a good reason. If you follow the breadcrumbs you will get to where you wanna go. I didn’t have a clue what I was doing when I was making the Broken Spiral, I started by calling this person who suggested I talk to that person and it just kind of snowballed from there. The book was ready in six months and there’s a kind of magic behind that.”

The Glass Door with be available in September 2018, follow Remie Clarke on Instagram for updates. Buy the Broken Spiral here.

Photo by rawpixel on Unsplash