Rating 100 attractive male celebrities from ‘somewhat sexy’ to ‘sexiest’ is a tough, thankless job, but someone’s got to do it. Though we’d happily spend a week counting the results to determine who is the sexiest of all, Glamour Magazine has done the hard work for us and *drumroll please* the list has just gone live. With over 340,000 votes cast by the British public, it has been decided that our very own Aidan Turner is the undisputed sexiest man of the year, outdoing even Jamie Dornan (who is also Irish, and incredibly nice to look at).

From Lenny Abrahamson’s cleaning up across awards season to Saoirse Ronan and Michael Fassbender’s Oscar nods, and now Turner’s aesthetic recognition, it’s a bloody good year for the Irish. Not so much for the pronunciation of Irish names (no, Leonardo DiCaprio, it’s not Dumball Gleeson) but still, we’re going to focus on the positives. 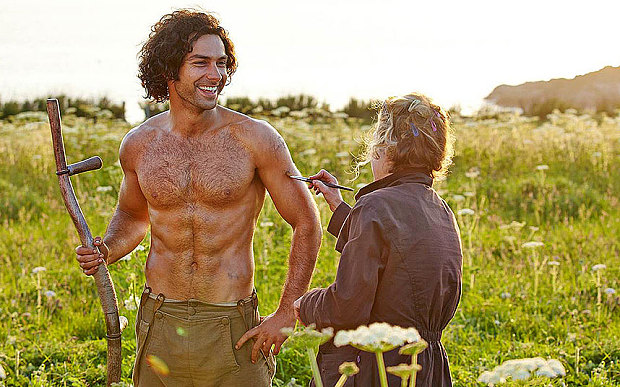 The attractive hobbit and Poldark actor was followed up by Mr Dornan, who came in at number 2, no surprises there, while a regular feature on these sexiest men lists, Tom Hiddleston ranked in at number 3. On the other end of the spectrum, we have Javier Bardem ranking at number 100 who, correct us if we’re wrong, is far far sexier than Zayn Malik, who sits comfortably at number 5. And what do we make of Justin Theroux’s ranking at number 96? Something has gone terribly wrong here. What’s even more preposterous is the news that Joe Manganiello was ranked at number 80. Did the voters not see Magic Mike XXL? And, not to be super mean and judgmental, but on no planet should Josh Hutcherson of The Hunger Games fame be flanked by Ryan Reynolds (number 77. Again, ludicrous). Check out the full list over on Glamour.com where newcomers to the list, including Prince Harry, are featured.

Meanwhile, in the gallery above you’ll find some snaps of the newly single Aidan Turner to brighten your Monday. You’re welcome.