When I meet Naoise Dolan outside Bewley’s Oriental Café on Grafton Street, a man with a foghorn voice sings Irish folk songs. He’s less Luke Kelly, more Dustin the Turkey as tourists escape through the heavy wooden doors. My guest arrives fresh from a photoshoot, where she enjoyed modelling pieces by The Kooples. Her own style is just as good. When we move to our velvet booth, I admire her oversized putty coat with tiny pastel threads. We order coffees but no food. Bewley’s is famous for its sticky buns, but I don’t want to be the only one eating. It transpires that my companion’s a vegan, somewhat thinning her options.

Dolan, aged 28 from Dublin’s Terenure, has spent significant chunks of time in Singapore, Hong Kong, London and Oxford, where she did an MA in Victorian literature. While quietly spoken, her words fly out quickly and she has a hearty chuckle. We comfortably engage in long tangential discussions and scarcely notice when a friendly waitress comes to check on us.

I myself am one of four generations to live in Hong Kong, starting with my paternal grandfather. I grew up in Pokfulam and have family in Wan Chai. I’ve long wanted to speak to a young person who lived and worked there with no prior connection, and Dolan’s story presents a golden opportunity. She taught a TEFL class from 2016 to 2017 after finishing her English degree at Trinity College.

Her debut novel, Exciting Times, is a modern love triangle which tackles money, class, and sexual politics. At its centre is Ava, a 22-year-old Irishwoman who teaches English grammar to wealthy children. Julian, an emotionally constipated banker, provides unlikely stability at his luxury apartment. Edith (Chinese name Mei Ling) is a fashionable and forthright lawyer with an enviable Instagram page. Throughout the story are signposts from my formative years.

We weigh up some differences and similarities between Hongkongers and the Irish. The former are known for their bluntness, while the latter are comparatively passive. One of the first things people notice about the densely populated city is that lush green space mingles with skyscrapers. It takes longer to do outdoor activities in Ireland, whereas in Hong Kong you could be on a mountain in minutes.

Hong Kong probably has more Chanel branches than grocery stores. Granted, the Irish like their labels, but are reluctant to flash them. “Irish people are just as obsessed with status symbols and style, but they’ll buy the [designer] handbag and keep it in their wardrobe for a decade because it’s ‘unseemly’ to be actually seen out with it,” Dolan laughs. “I don’t like consumerism as an ideology, but I think the ability to identify it is so much better in Hong Kong. I was fascinated by that, because people just go for it.”

Whereabouts was she based? Not quite Mid-Levels, where Ava resides with Julian, rent-free. In more realistic surrounds, the author stayed in Tseung Kwan O, part of the New Territories. It’s a 40-minute schlep on the MTR into Central, but with efficient train frequency, she was always punctual. To be five minutes late for work isn’t a huge deal in Ireland, but in Hong Kong, it’s a no-no. Dolan appreciated the upfront attitude. “It’s so nice when people sit you down and tell you what to do. My boss used to send me these email replies that had “no”, full-stop. It’s not that she’s angry at me. Why add more words when she’s conveyed what she needs to communicate?”

“I don’t like the approach of pretending you’re still in Ireland when you’re not – you learn nothing.”

The Irish and Hongkongers are undoubtedly united in their obsession with the weather. I loved Dolan’s impressions of islanders in winter, where the second it drops below 20 degrees Celsius, out come the duck-down jackets. Only their so-called winter is what we call summer. Did she click with the Irish over there? “I don’t like the approach of pretending you’re still in Ireland when you’re not – you learn nothing,” she says, dryly. “I took slightly more solace in the Irish community when I lived in London, because you’d be surrounded by English people being atrocious.”

I bring up the widespread fight for democracy in Hong Kong. She arrived during a lull in political unrest, sparing her the umbrella protests of 2014 and months of riots that swallowed 2019. Since then, the city has suffered the coronavirus, which has since taken its toll on Irish soil. In terms of fitting thematic content, Dolan was just shy of the mark. “It did feel strange working on this book that was suddenly so unreflective of what was happening. Then I thought, there’s no way I can update it without changing the entire plot.” I agree. Exciting Times doesn’t need the added drama – it has enough of its own.

What did she enjoy most about Hong Kong life? I’m not surprised that her list contains outlying islands such as Lamma, access to regular hikes, and of course, the people. “I found Hongkongers so earnest and willing to make friends quickly. That’s what I found most remarkable: this awareness that a lot of non-Hongkongers are going to be transient, and people will still invest. Maybe not in the same way that they would if they knew you would be there forever, but they’re still interested in getting to know you and sharing things about their life with you. It’s a really nice openness that I’ve never experienced in Dublin.” That’s why my parents maintain lifelong friendships from the Hong Kong years. Many were just passing through and they’re in touch decades later.

What were Dolan’s favourite things to do? “I really liked local vegan food,” she says, keenly. “There were some expat tailored things, but what I really liked was being taken to buffets, especially in the New Territories. My boss is a warm, welcoming lady and she took me out for dinner with her family, so she’d order for me when there was a lot that wasn’t vegan.” I’m always grateful when locals take charge of the menu in foreign restaurants. This way, you get a taste of everything, including dishes you might not have chosen. We both love the Lazy Susan, a wheel on traditional Chinese tables that you spin to help yourself.

“I’ve stopped flying since I went to Hong Kong. I’d love to see places like that again, but there are so many people who will never see them because they don’t have the financial budget. Why is my carbon budget any different?”

Much of great literature has stemmed from wanderlust. Should everyone travel if that’s an option? “Obviously, it’s good to try out new languages and learn about new cultures, but you can do that in Dublin,” says Dolan. “I’ve stopped flying since I went to Hong Kong. I’d love to see places like that again, but then there are so many people who will never see them because they don’t have the financial budget. Why is my carbon budget any different?”

Responsible travel has become such a global conversation. I ask about her Asian timeline. “I’ve been all over,” she tells me. “I spent a few months in Japan last summer as well. I studied Japanese in my teens, but more from a linguistic standpoint than anything else.” Dolan dreams of returning to Asia by train and boat. You’d need several weeks, but then people travelled long-haul this way before air travel went mainstream. As with holiday romances or reality TV, when random personalities are thrown together, everything is heightened.

“Slow travel seems to inspire so many stories,” she says. “I’m always relying on that as a plot device when I’m trying to think of ways for people to meet. Journeys are just so good at bringing people together, aren’t they? Or similarly, transient cities. I think that’s one of the reasons I chose to write about Hong Kong. Relationships become so much faster and it’s easier for things to stay in a vacuum.”

It is indeed difficult to envisage characters like hers connecting outside their bubble. “Maybe there’s an alternate universe sequel there,” she says. “I do sometimes wonder how it ends up for them all, but I don’t know if I’d ever be curious enough to write about it.” Personally, I’d love to see where Ava, Julian and Edith are in ten years’ time. Until then, I look forward to Dolan’s next novel. 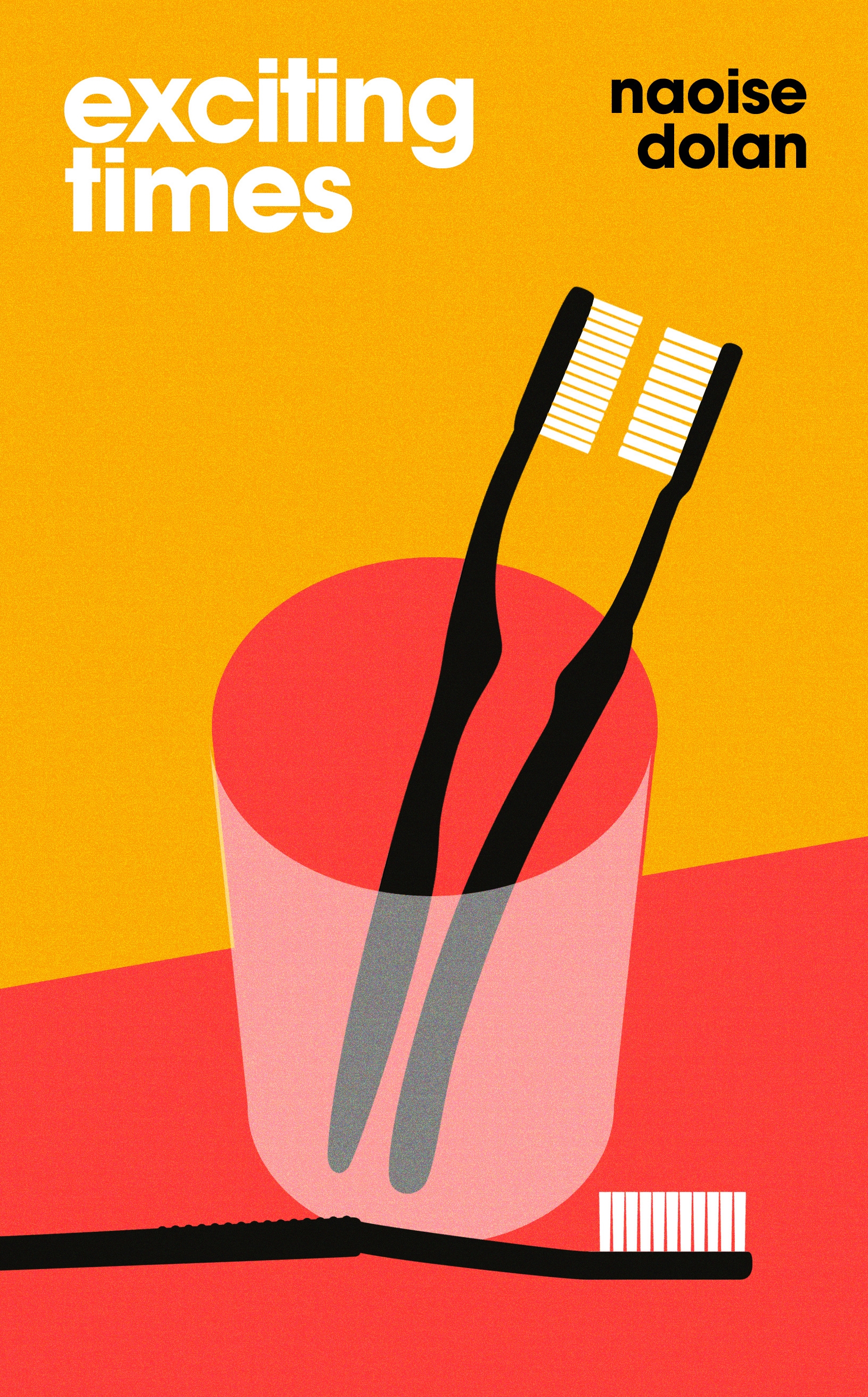 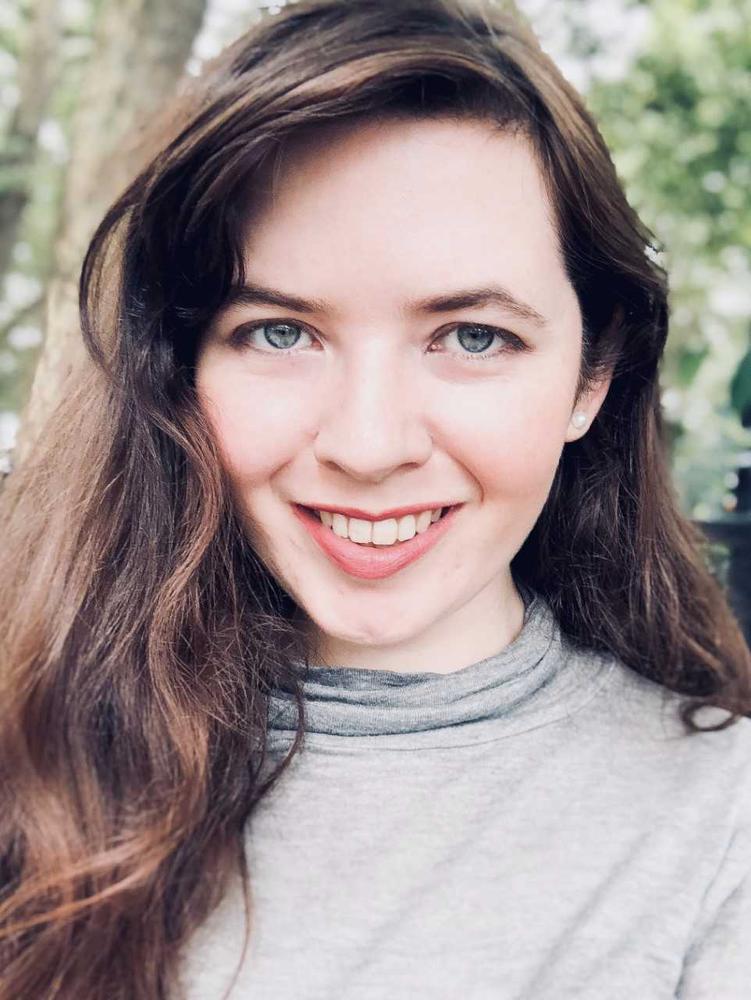 Naoise Dolan is an Irish writer born in Dublin. She studied English Literature at Trinity College Dublin and Oxford University, and now lives in London. Exciting Times is her debut novel. Follow her on Twitter @NaoiseDolan

Sophie Grenham is a freelance arts journalist born and based in Dublin. Follow her on Twitter @sophiegrenham