attends the New York premiere of "How To Be Single" at the NYU Skirball Center on February 3, 2016 in New York City.

IMAGE catches up with Rebel Wilson, the comedy actress who has brought her hilarious talent to movies such as Bridesmaids and Pitch Perfect. Her latest movie is How To Be Single and sees her acting alongside Dakota Johnson, Leslie Mann and Alison Brie, as four women navigate the world of dating, hooking up and breaking up in New York City.

In what ways could you relate to your character or to the story?

REBEL WILSON: Well, the thing I like about my character is that she’s kind of eternally single, which is like me in real life. Unfortunately, I haven’t met the right person yet. So I really related to that. And also the overall message of the film – Don’t be stuck in a co-dependent situation; it’s all right to be single and to look after yourself – which I think is a really good message and not the message of most romantic comedies.

With How to Be Single, you get different perspectives because of the four main girls, and it’s also more of a modern perspective because the motto is: ?You can be single and it’s totally fine and you don’t have to be with a guy at the end of the film.? 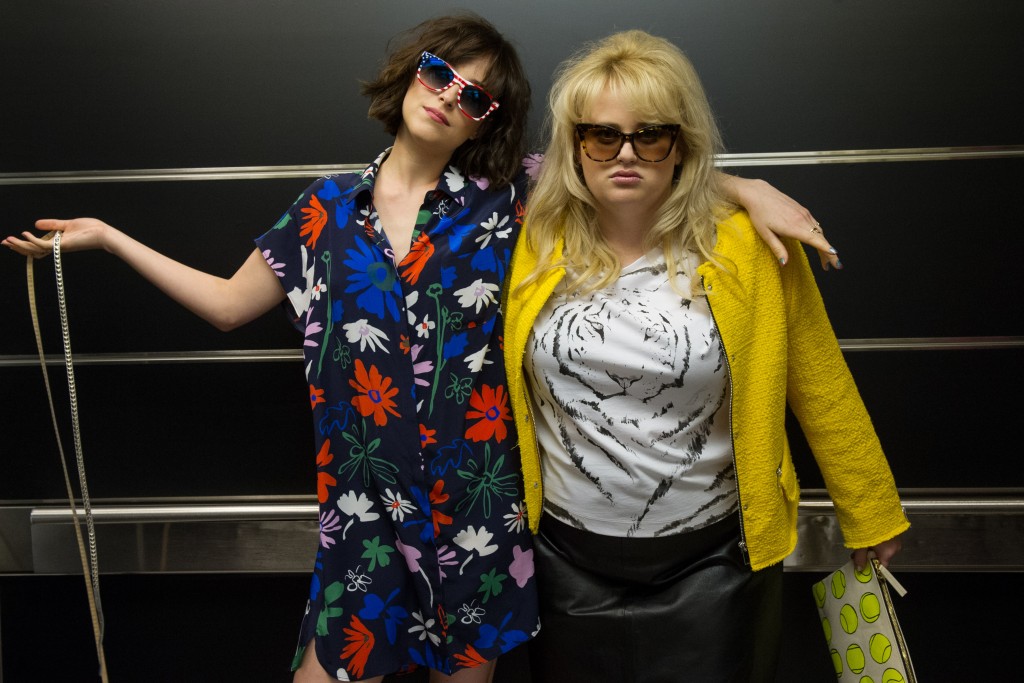 You’re known as a gifted improvisational actor. Did director Christian Ditter give you gull rein to just let loose?

REBEL WILSON: Our director, Christian, is German, which is really interesting, and he’s never done a comedy before. His style is not like someone like Leslie [Mann]’s husband, Judd Apatow, where it’s very improvised. So we would start improvising and he’d be like, ?Oh, you know, I like it when you just stick to the script [laughs]. And we’d say, ?Aw, but in America, we make things up.? Luckily, only some of the scenes were crucial, which meant we could improvise more on the rest. That sauna scene, that was one of the rare few that was crucial, but we still did add in improvised bits. Christian is a very technical director, so a lot of the shots were very carefully set up. But, definitely, whenever I could, I would throw in the jokes.

Did any scenes in which you improvised heavily make it into the film?

REBEL WILSON: One that did really make it is the bit where we’re pulling up to the hospital and I say, ?The door won’t open!? That whole shot, which we just played in a one-shot, was completely improvised. We’d done two earlier takes where we just open the door and run into the hospital and then Leslie, Dakota [Johnson] and I are said, ?Okay, let’s just do something that they’re not going to expect.? So we did this whole thing. And, luckily, because we’re all mic’d, they got it.

That was my first day of filming, that scene, of the film, and I really jarred something when we fell forward out of the taxi [laughs]. That was a Friday night in the middle of the night and it was freezing as well, and my hands got all gross, because I went in the gutter. But they just said, ?Oh, yeah, we’ll use that in the film.? 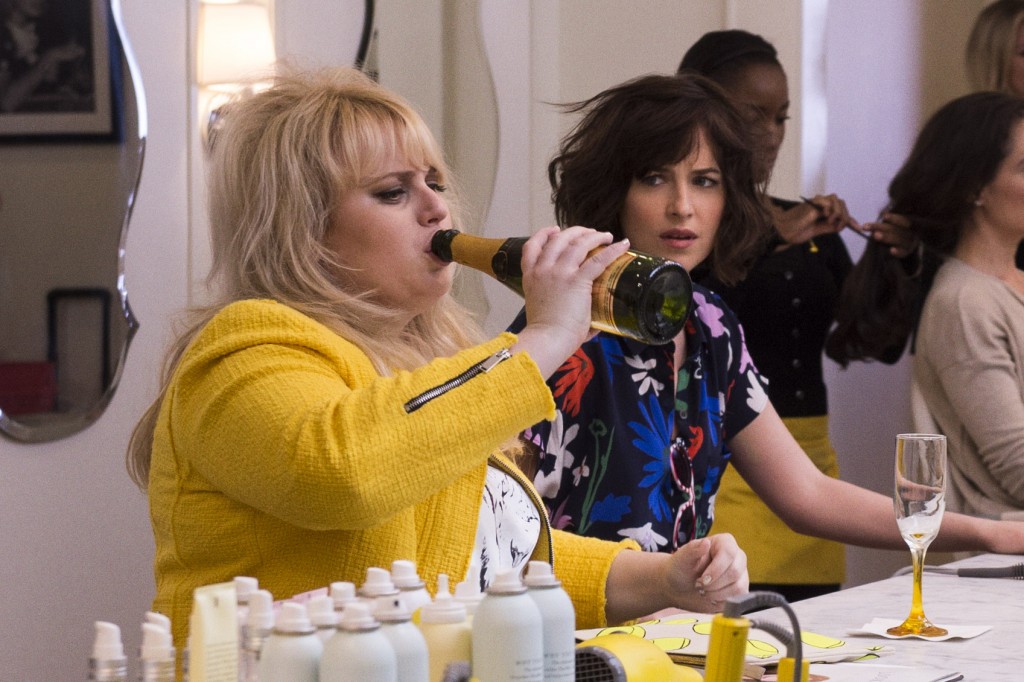 Did you really fall with Leslie out the window?

REBEL WILSON: Yes [laughs]. But it’s not like she’s heavy. She’s not very heavy. And then there’s this little bit where Dakota just opens the door and goes, ?Guys, it was open.? And I was like, ?Yeah, that was really good.?

REBEL WILSON: Oh, thanks. I try.?? Well, when I first started acting I tried to do serious, but then people would just start laughing.

When working with a mostly female cast, do you ladies tend to support one another on screen and behind the scenes?

REBEL WILSON: Yeah. I’ve worked with like a lot of the great males in the industry, but being a female, you’re always treated different in those situations, and your role’s never really that good. You always try to make it better, but you’re not really the focus of the film. With movies that have female writers, like How to Be Single or Pitch Perfect, the women roles are normally written better, and it’s different. I’ve worked with a lot of great guys as well, but there’s something about the female ensemble movies that are more fun in a way, because sometimes when you’re in the male movies you’re just playing the wife or the girlfriend or whatever and it’s not as exciting.

As far as having a sense for comedy, can one train to build up or is it an inherent thing?

REBEL WILSON: I think with comic timing you kind of have to have it. But you can definitely learn fundamentals of comedy, in terms of comedy writing, and in performance you can learn stuff. I got this scholarship from Nicole Kidman when I was young, and I got to live in New York City for a few months. I love New York, I love that we got to shoot in New York. And I went to a comedy school called Second City, which is really big. Tina Fey went there and John Belushi and lots of people. 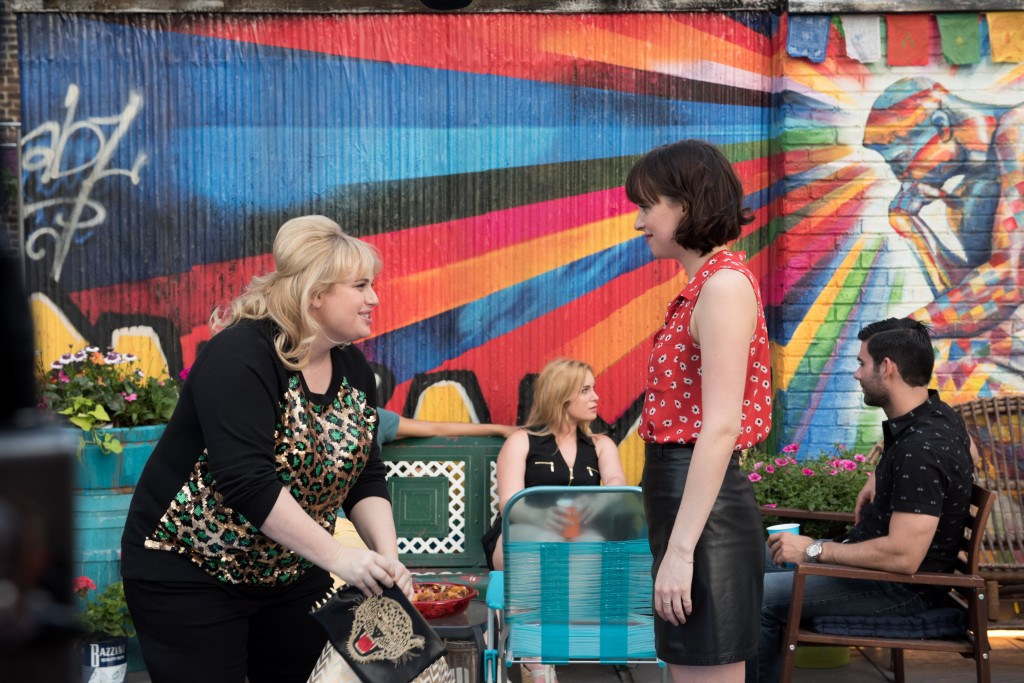 When you were young, were you always providing laughs at home?

REBEL WILSON: No, my family reckons I’m like not funny at all [laughs]. They think they’re all funnier. And I’m like, ?What professional comedy have you done?? But, no, I didn’t think I was funny at all. I was a very studious girl. Very sensible and responsible. But I think if I really got to know people, then my comedy would start to come out.

Even when I first started acting, I didn’t think I would go into comedy. But the first play I did in Australia, I really thought I was playing a serious role, and everybody just started laughing. So almost instantly it just clicked in and I thought, ?Okay, there’s something about me that people like to laugh at.? And then I won this scholarship and went to New York and learned a lot about fundamentals, like how to write jokes and how to set up a pattern and then destroy the pattern. You can do it with timing or with words or with all sorts of things. And when you learn that kind of stuff, that’s when you start becoming professional. But I think with comedy timing, some people have it or they don’t. It’s hard to explain.

Good comedy also has a serious component. With this film, you can take out the jokes and it could still be the exact same movie just without the Rebel bursts.

Oh, yeah. I try to bring the comedy. But Dakota’s and Leslie’s storylines are quite serious, in a way. 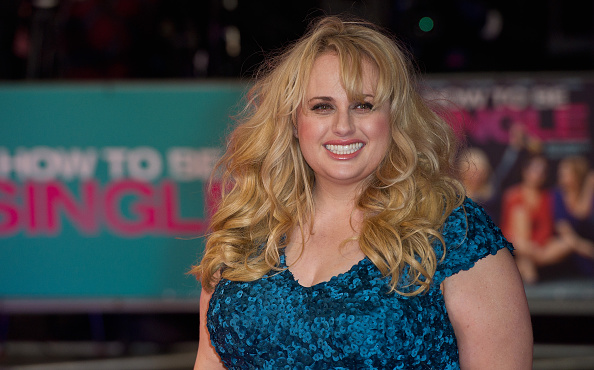 You’re known for your genius physical comedy. Do you think that came from you or was it something you developed in comedy school?

REBEL WILSON: I don’t know. I think it’s just a thing of going for it in a take and not really worrying about your personal health and safety. (Laughs) Like when you just run into the middle of the street and jump on a moving taxi. But, yeah, I don’t know. I do like going for it. Like in Pitch Perfect 2, I did my own aerial stunts, which were really dangerous; it was really hard.

But with comedy, it’s always good to hit at a lot of different angles. You don’t want to just have jokes. You definitely want to do some physical set pieces and stuff. Maybe that’s why that day in the taxi, I’m said, ?Let’s do something physical instead of just walking out of the taxi.? It’s always good to mix it up a bit because some comedies that are just too much of that.

Do you feel like sometimes it’s more difficult being a female comedian, or that there are fewer opportunities? Or has it hopefully gotten a bit better recently?

REBEL WILSON: Oh, yeah, it’s tough, but I mean I think I came to Hollywood at the exact right time, because my first job was Bridesmaids. I auditioned for Melissa McCarthy’s role and didn’t get it, but they liked me so much they added me in to the film. That movie was just a massive hit the following year, and that spawned all these amazing female comedies – and I think Pitch Perfect is one of them – with female ensembles, and the women can be all outrageous and bawdy. And then you look at Amy Schumer last year in Trainwreck and that’s really a lot of sexual humor and stuff like that. So I think now it’s becoming the norm whereas before, female comedies were more tame than the guys? comedy. Now I’m noticing they’re really encouraging us to do super-edgy, honest kind of material.

How to be Single is in Irish cinemas February 19th with previews in selected cinemas this Valentine’s weekend.