When Shanghai-based freelance journalist Casey Hall began writing for the?International New York Times?property section, she immersed herself in the local design scene, and the idea for a?book,?Shanghai: An Interior Design Reference, was born. Filled with vibrant photographs,?we spoke to Casey about the the city’s eccentric aesthetic.

What makes Shanghai different?
It’s really the mix of styles that makes Shanghai stand out from other Chinese cities. Shanghai,?is a modern, thriving financial capital today, but it was also a boom city in the 1920s and 30s. Because a huge amount of building was done at a?time when the Art Deco movement was at its peak worldwide, Shanghai’s colonial era architecture and interiors have a strong Deco bent, with many experts designating ‘Shanghai Art Deco’ as a specific subset of the movement, as it?also tended to incorporate traditional Chinese elements.

What are the distinguishing features of Chinese interior design?
Traditional feng shui is still very important to Chinese interior design. In China, feng shui isn’t just about creating a comfortable environment?but can impact all other parts of your life, including your familial relationships, health, and wealth. Actually, I have heard people theorise that one of the reasons Art Deco was embraced so wholeheartedly in China was because the geometric shapes and lines of its aesthetic align well with the principles of balance in traditional feng shui.

Are there certain materials used or colours preferred?
Red and gold are perennially popular colours in China, both are thought to bring good fortune. Turquoise and shades reminiscent of jade are also commonly used. As for materials, the most prized wood in China is zitan, a dense kind of rosewood that was used to make furniture for Chinese emperors in years gone by, and has retained its status among those who?can afford to use it today. 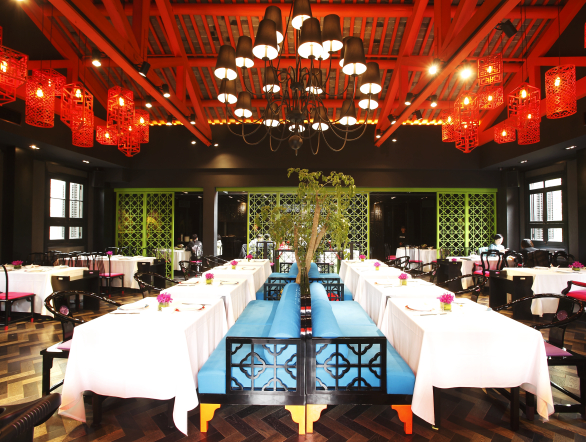 Your book features ultra modern, futuristic spaces as well as?old-world interiors ??how?is?the city managing to mix?old and new?
There are legitimate fears that the ultra-modern side of Shanghai will cannibalise the older, in many respects, more aesthetically interesting parts of the city. There certainly seems to be a desire among Chinese people for newness, though I see an increasing number of young people becoming interested in living and working in the older parts of Shanghai. Among young people, in particular, there seems to be a yearning for authenticity after several decades of breakneck economic growth and a focus on chasing the almighty yuan. Rather than live in a cookie-cutter apartment in a shiny new skyscraper, more young people are looking for alternatives and embracing their city and country’s traditions, incorporating them into their living and working spaces. 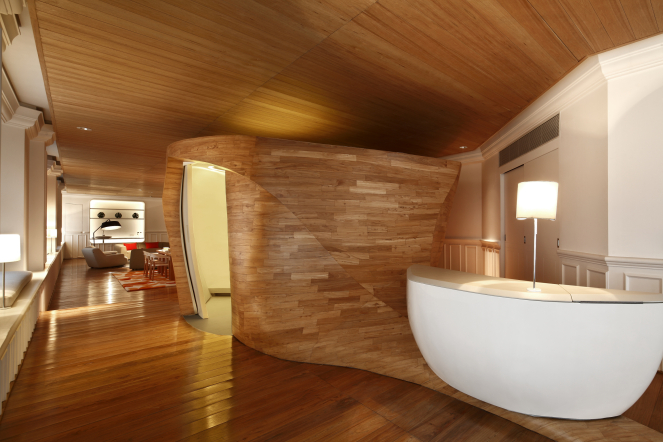 Are the building and design styles across the city very diverse?
The style difference is incredibly stark. You can be standing in a warren of low-rise laneways in Shanghai’s former foreign concessions, then suddenly catch a glimpse of the shining supertall towers that define the skyline of the Lujiazui financial district out of the corner of your eye. It’s actually quite jarring. One of the best ways to see the old and new Shanghai in one place is to visit the Bund area and walk along past the grandiose edifices constructed during the pre-war boom years of the early 20th century, then look across the Hungpu River to Lujiazui, which has emerged from swampland over the past 20 years to become a peon of gleaming modernity. The contrast is striking.

How has the approach to design in Shanghai differed to other cities you have been in?
The interiors in this book come courtesy of a number of international designers who work in Shanghai, as well as a growing cohort of homegrown designers, who are finding their way when it comes to forming a unique and special aesthetic that suits Shanghai as a modern, international, Chinese city. The mix of designers working in Shanghai also impacts on the interiors, as some international designers are at pains to incorporate Chinese elements into the environment, while Chinese designers (who are often educated overseas) often seem at pains to prove they are ‘international’ rather than just Chinese designers. The modern interpretation of ‘Chineseness’ can be very subtle – Chinese people aren’t automatically going to be attracted to overt and heavy-handed chinoiserie, such as dragons and other traditional Chinese motifs. Actually, I think people in Shanghai appreciate the incorporation of traditional Chinese design elements, but the incorporation needs to feel organic and authentic. 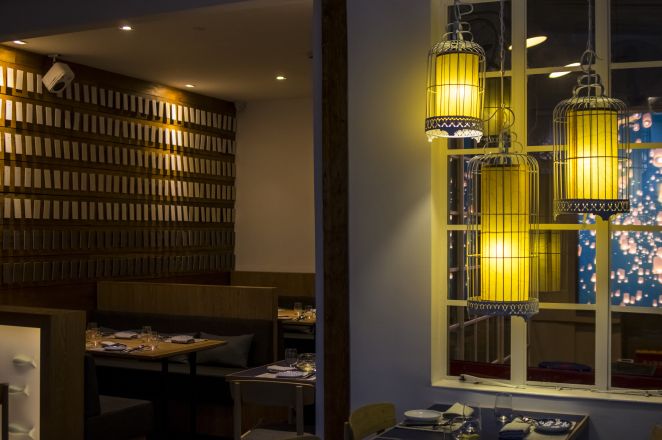 Where would you recommend visiting?to experience the essence of Shanghai’s?interior design?
For anyone interested in Art Deco and the Shanghai Art Deco movement, the most obvious first stop is the Bund-side Fairmont Peace Hotel. When it was first built in 1929, Sir Victor Sasson’s Cathay Hotel (as it was then known) set the standard for luxury in Asia and also gave luxury properties in Europe and the US a run for their money. After quite a few decades of neglect, the old Art Deco gem was closed in 2007 for a complete restoration, re-opening in 2010. The restoration did a great job of retaining as many design elements of the original as possible. Even if you aren’t a guest, it’s worth a visit, if just to soak up the grandeur of the lobby area.

Six ways to celebrate the small stuff this New Year