Infographic: This Is How Netflix Affects Our Relationships

A new study has shown that what you watch on Netflix has more of an impact on your relationship than you might first imagine.

Netflix recently commissioned a poll of over 500 millennial subscribers in relationships about their viewing habits and activities with their other halves. They posed questions that touched on everything ranging from the importance of “show compatibility” with your partner to the art of negotiation when picking what to watch (it’s definitely important that one is allowed to repeatedly binge-watch The Good Wife without question, for example).

Firstly, “showgoggles” is an actual thing – over half of people (56%) say particular shows or genres can actually make the person they’re dating seem more attractive – and 53% said that they would consider a person more attractive if they watched action thrillers (add Kill Bill to your lists) or dramas or documentaries (finish How To Make A Murderer, pronto).

“Show compatibility” or being able to agree on what to watch, was also important for many. In fact, 42% have or would ask someone out based solely on show-compatibility, while 73% cited similar tastes in film and television as a reason to go on a first date.

And how do you know if your relationship has reached the really serious point? If your significant other shares their Netflix password with you of course. A big 51% believe sharing a password means things are at that point while 17% literally want a ring on it before they divulge theirs. No engagement ring = no password.

Those who stream together, stay together apparently because 58% said they bonded over the shows they chose to watch. Finally, date night just got a whole lot cheaper because 6 in 10 said they preferred staying in as opposed to going out.

The phrase ‘Netflix and Chill’ clearly just took on a bigger meaning.

See more on the stats here, and see the infographic below: 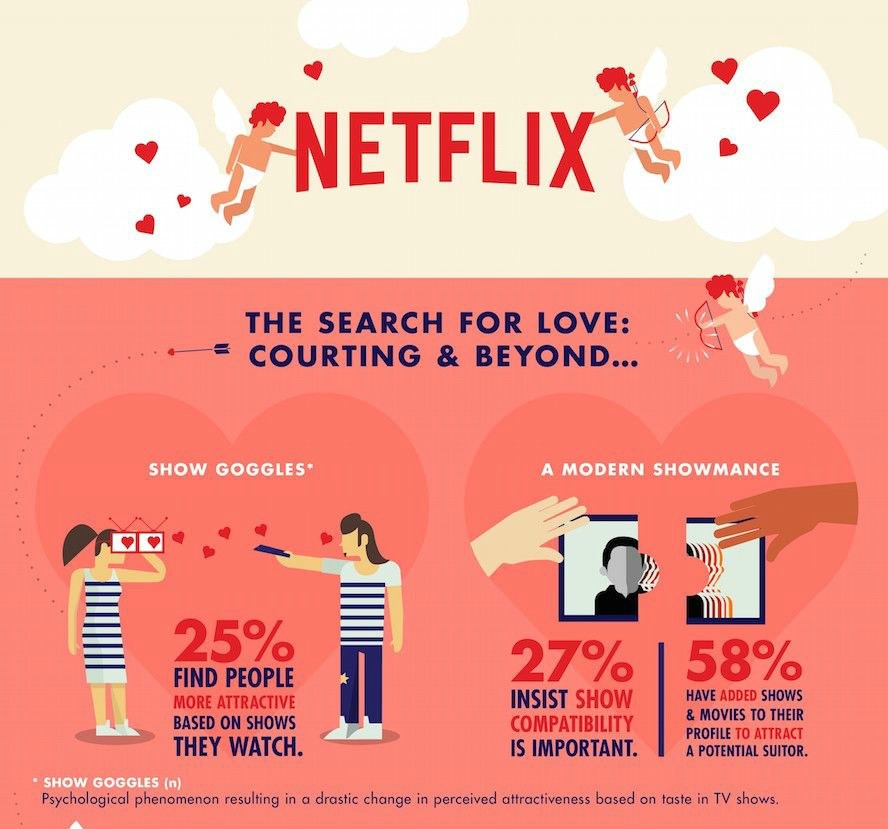 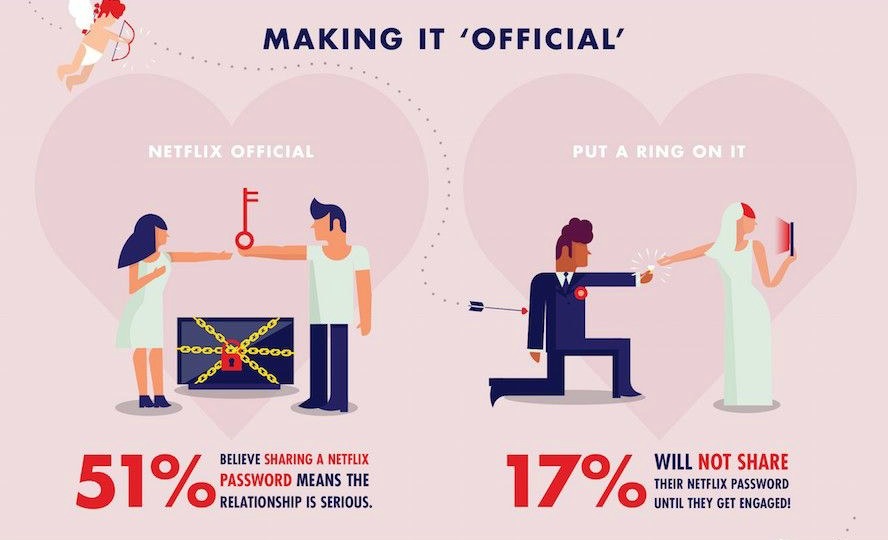 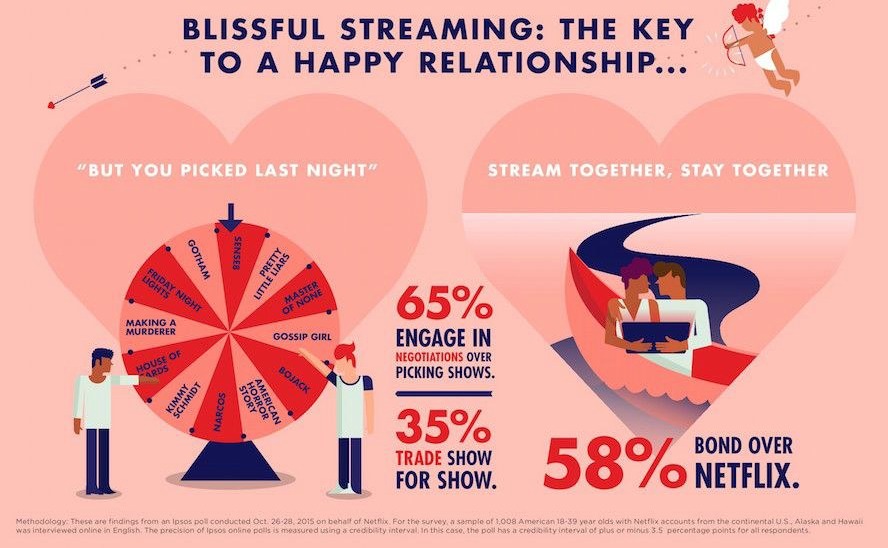