Infographic: Here’s What 6 Of Our Favourite Movie Homes Would Cost In Real Life

Even though we occasionally’swoon over the love stories from some of our?favourite films, sometimes we’must admit that often, our’most enduring love affairs are with the movie’s houses. Who wouldn’t want to live in?George Banks’s home in Father of the Bride? Or perhaps you yearn for a bit of colour in your neighbourhood as is the case in Edward Scissorhands?

And who can’t help but fantasise about the incredible wraparound porch on the house that Noah builds for Allie in The Notebook??Hard as it is?to believe, many of these magical places actually exist and some can even be bought or rented???though they obviously do not come cheap. As we’re right in the middle of award season, US real estate company Trulia decided to do some digging and see what certain movie homes would cost today. Keep scrolling to find out and indulge in a little movie trivia too.

Because it never hurts to dream and/or keep buying lotto tickets.

The Upper East Side duplex featured in Breakfast at Tiffany’s recently sold for a cool $7.4 million. 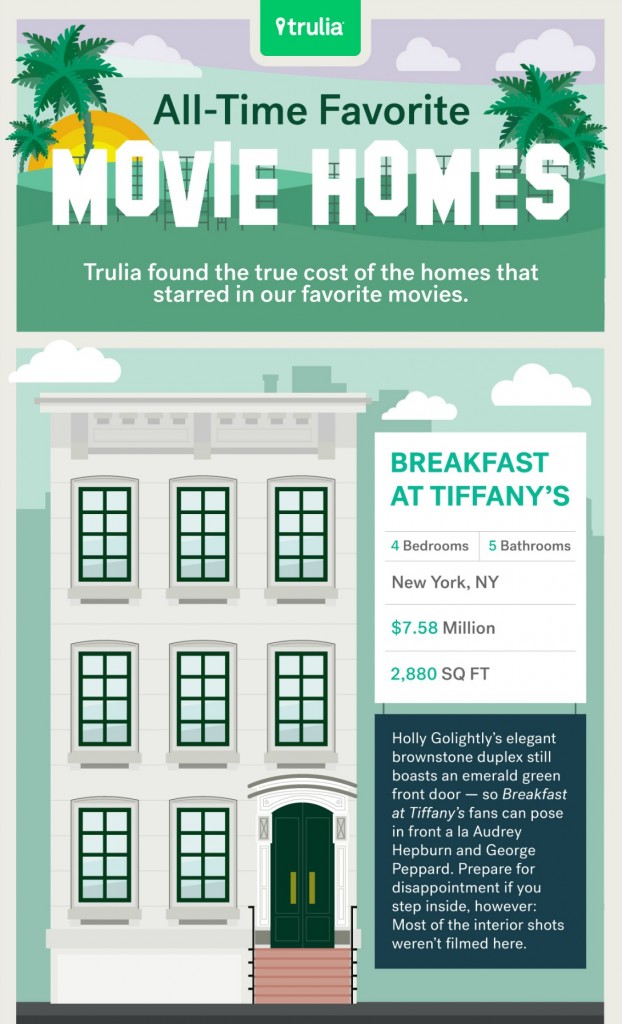 The entire neighbourhood featured in Edward Scissorhands was repainted in pastel hues to realise director Tim Burton’s vision. (The movie helped boost the Tampa Bay,?Florida area economy by more than $4 million during filming). 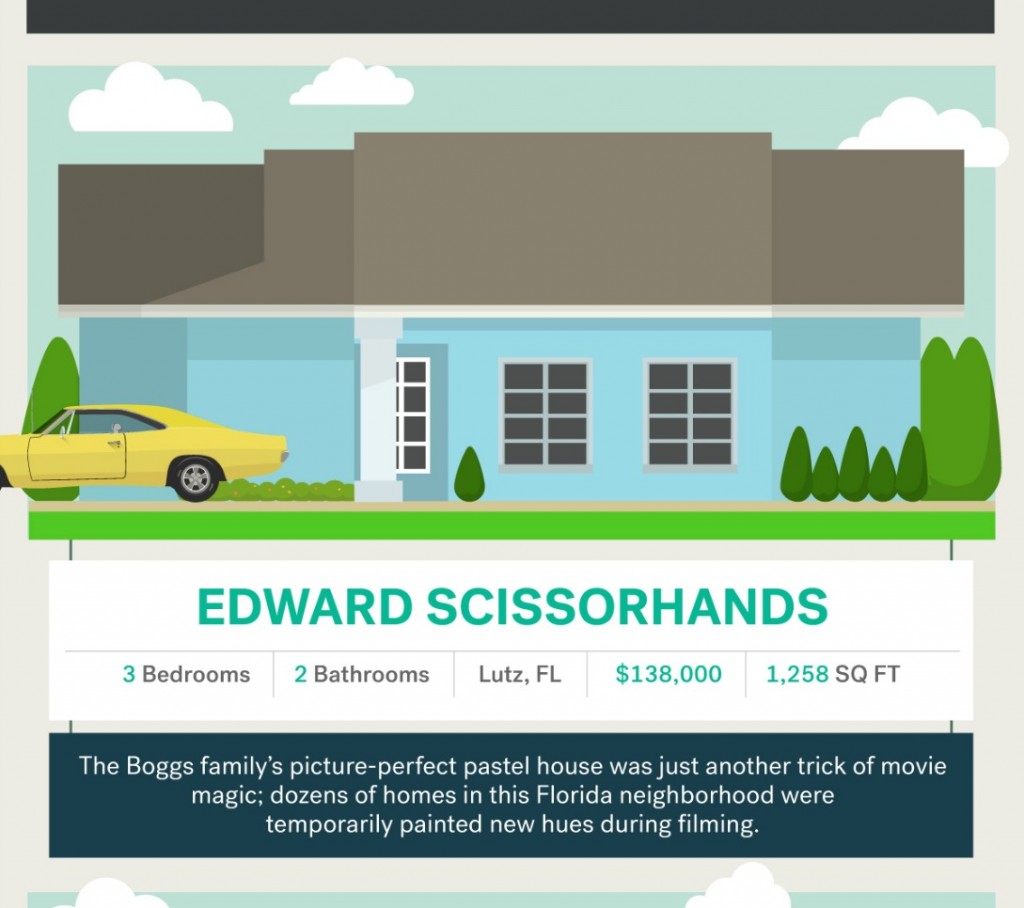 3. Father Of The Bride 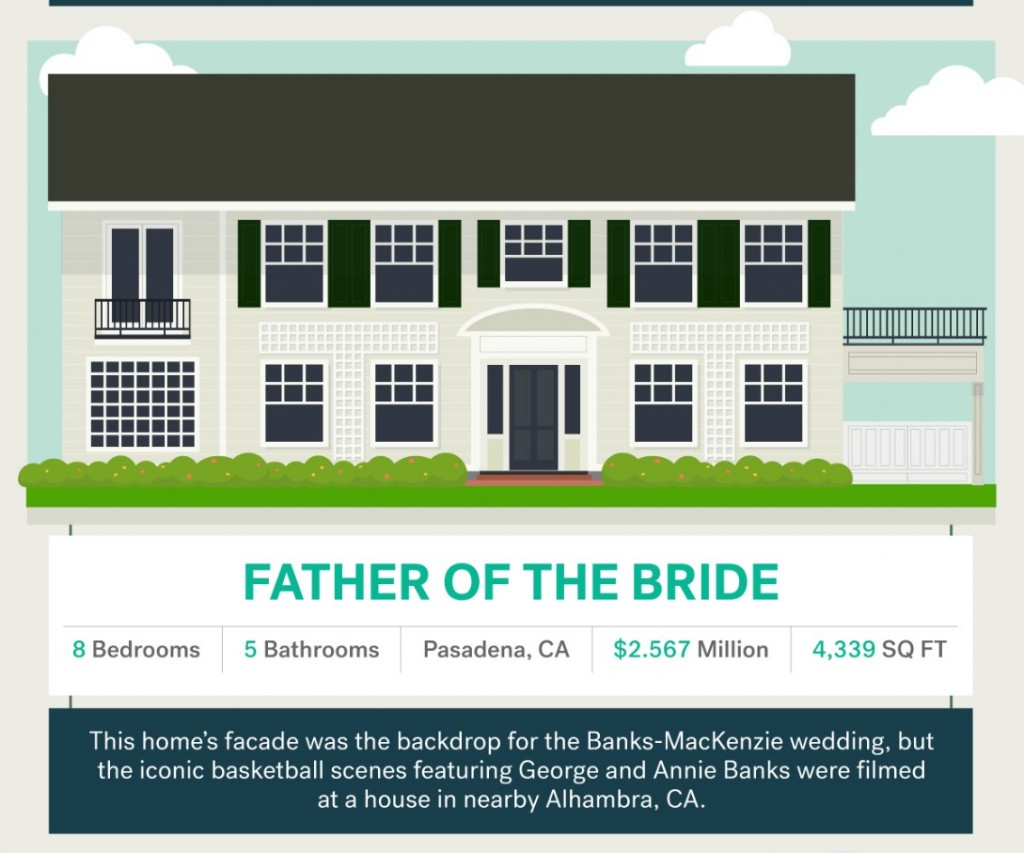 A real-life wedding was held here not too long ago, but sadly, according to reports, there were no swans involved. 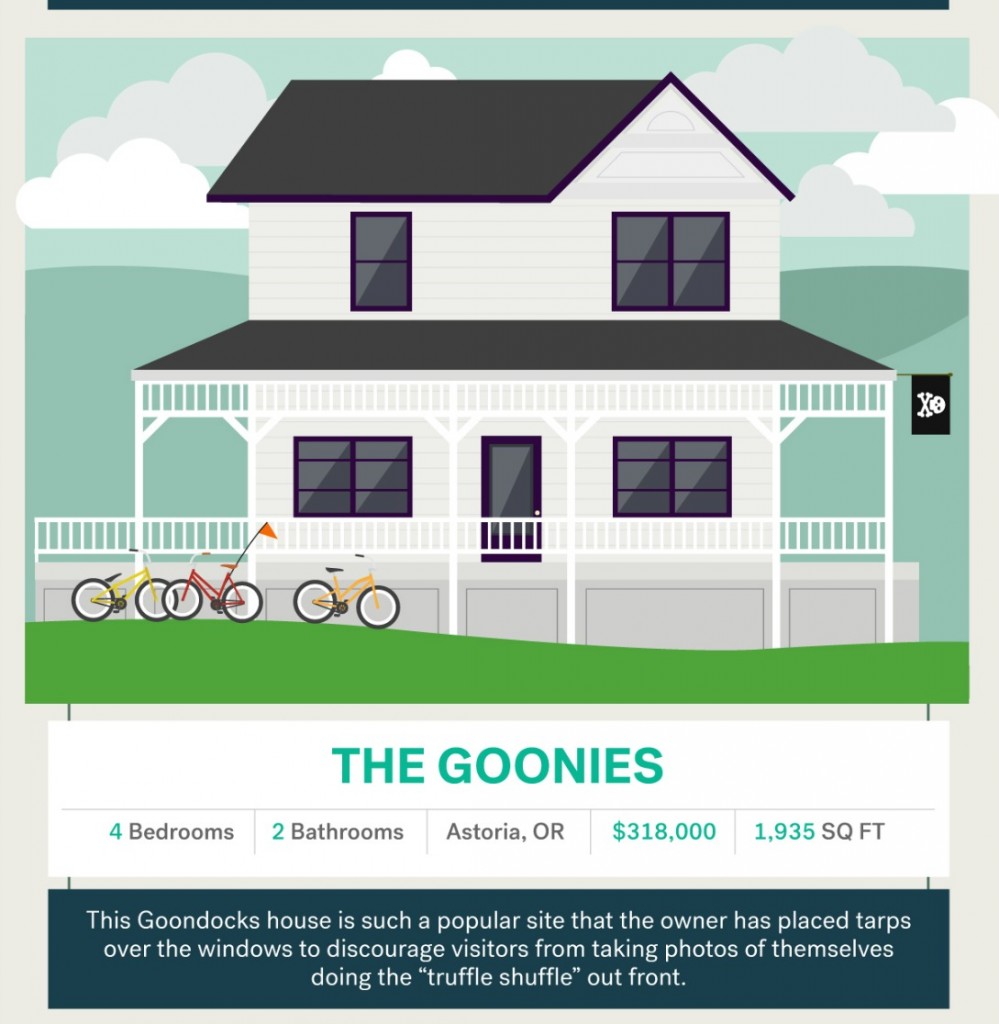 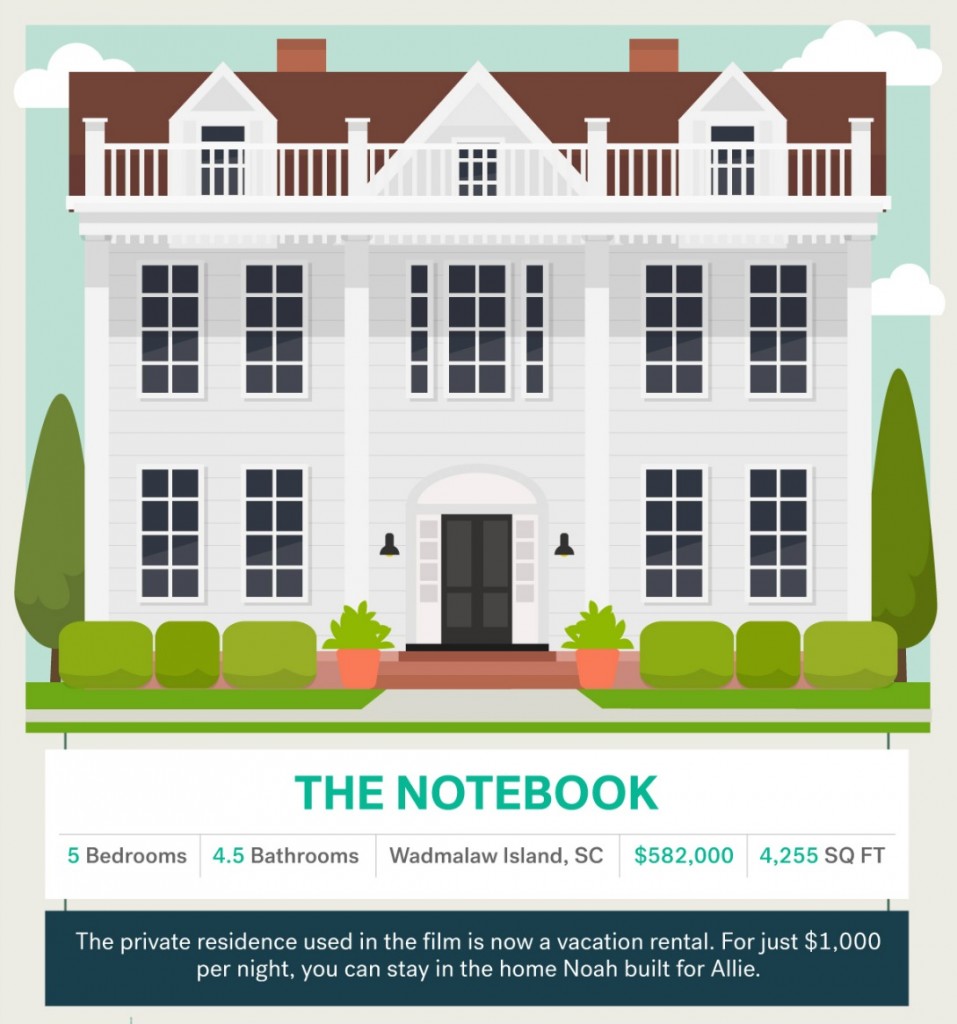 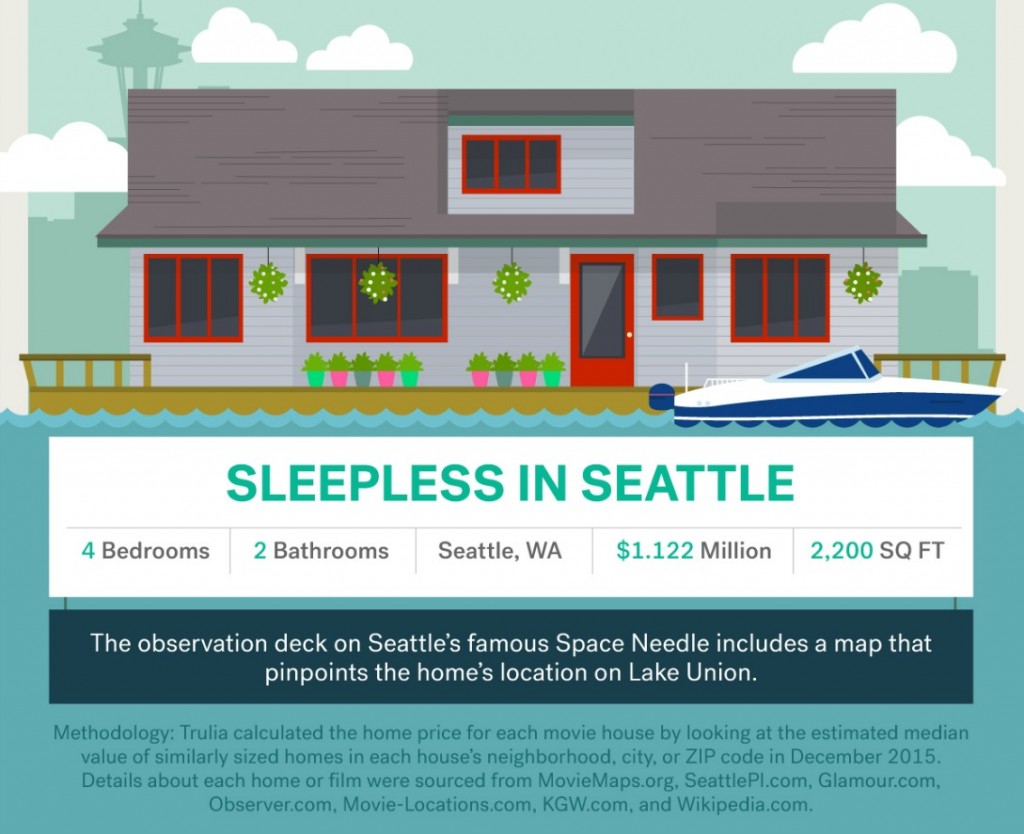