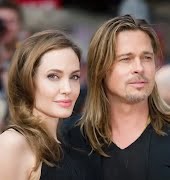 IMAGE Social Entrepreneur of the Year, Emma Reidy: ‘You can’t go it alone — you need to be part of a team’

Emma Reidy, CEO, Aoibhneas Social Entrepreneur of the Year in partnership with Newstalk at the Image Business Woman of the Year Awards 2019 at the Clayton Hotel-photo Kieran Harnett

Emma Reidy, the CEO of Aoibhneas, was named IMAGE Social Entrepreneur of the Year 2019 at a black-tie event in Dublin’s Clayton Hotel on Monday night.

Aoibhneas, a refuge from domestic violence for women and children, was established in 1988 and has grown significantly over the last few years.

With Emma at its helm, the support service has raised awareness of domestic abuse and highlighted the issue of homelessness and its effect on women returning to abusive partners.

We caught up with the social entrepreneur shortly after her win, and asked her to share the best — and worst — business advice she has ever received.

“Be open and honest with your team. There are challenges and successes that every team has to go through and it’s about being as open as possible. In my line of work, which is so frontline and crisis-oriented, if communication isn’t full, honest and frank, it can leave people feeling various types of anxiousness if they don’t get what they need.”

“I was told that you can do it by going alone and persevering. Today, I realise that you can have perseverance but to go it alone may, ultimately, be where you experience a downfall… What I’ve learned is that you do ultimately need people. And you need teams. You need strong people that can reinforce support and carry on what you begin, and there’s no point thinking about something in isolation.”

Read more: Sinéad McSweeney, IMAGE Businesswoman of the Year 2019: ‘We need to rethink “lean in” and talk more about leaning out’

Read more: They’re here! The Businesswoman of the Year Awards 2019 winners are…