While we’d all love to believe opportunity knocks, the reality is, lucky breaks don’t feature on a business plan. So, what are the key strategies that leading Irish businesswomen have found to be the most successful?

Join IMAGE editor-in-chief Melanie Morris for a morning of networking, learning and a little luxury, as we hear three women’s different stories, and how they plan for progress. Whether you’re part of a big team, working up the career ladder, a startup entrepreneur or in the professional sector, we’ll have plenty of insights to share.

Be in with a chance of winning an overnight stay and dinner for two at Ballymaloe House in Co. Cork courtesy of Ireland’s Blue Book. 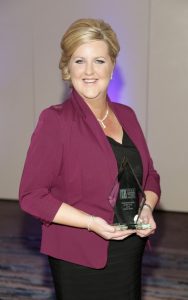 In 2001, Pamela Quinn, IMAGE Businesswoman of the Year 2016, joined the global logistics giant Kuehne + Nagel. Kuehne + Nagel which had recently entered the Irish marketplace. In that initial role, Pamela set up a human resources function, and in 2007 she moved to a general management role controlling the Dublin branch, growing turnover and net profitability in a three-year period by almost 100%. In 2010, Pamela took full control of all-Ireland operations, again overseeing a dramatic three-year growth cycle, and in October 2013, she was awarded the role of managing director. Pamela has presided over outstanding growth, well in excess of the marketplace, strengthening Kuehne + Nagel’s position at the pinnacle of the freight & logistics sector in Ireland. 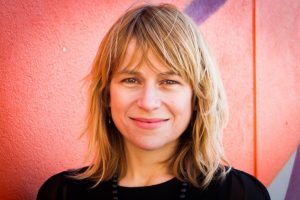 Niamh Bushnell is Dublin’s first Commissioner for Startups, a role created as a result of the Activating Dublin report spearheaded by Dublin Chamber of Commerce and Dublin City Council. The position has been funded privately through the DCU Ryan Academy for Entrepreneurs.
At the highest level, Niamh’s mission as Commissioner is to develop a voice, an image and a platform for Dublin as a great start-up city, nationally and internationally. She will work in conjunction with Dublin City Council, Enterprise Ireland, Dublin’s universities and Local Enterprise Offices to promote and maximise the potential of the city’s start-up ecosystem.
Niamh is also the co-founder of IDIRUS, a purpose-built peer to peer networking and mentor’matching platform. Prior to her appointment as Startup Commissioner, Niamh was the?Entrepreneur in Residence at Talent Tech Labs in New York City. She is also an angel investor and mentor at Entrepreneurs Roundtable Accelerator in New York (ERANYC).?Niamh co-founded her first company, Pan Research, in Dublin in 1996. 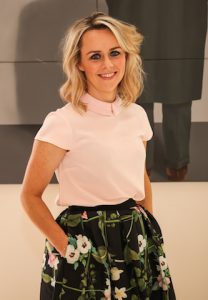 Sin?ad Brady, a career psychologist, is a designer of organisational and career change. Standing alongside companies and individuals, she uses best practices in psychology to encourage progressive 21st-century workplace choices. She does so by distilling complex professional challenges into practical implemental strategies.
With a professional background in humanities, law, and psychology, Sin?ad she has walked in the shoes of change. So, she intimately understands the exciting and scary challenges associated with it. A regular keynote speaker and media contributor, on this topic, her practical, insightful approach earned her the title of Today FM’s?The Sunday Business Show?Career Guru.