GET THE BALANCE RIGHT

The whole idea of work/life balance – does it actually exist? Sometimes it feels like we’re spinning so many plates, pulling rabbits out of so many hats, and simultaneously running households, managing teams, overseeing homework and devising strategies, it’s impossible to know what’s truly possible.

How can we make it all work? Is there really any way to reach equilibrium as we juggle all the elements in our lives?

Join IMAGE editor-in-chief Melanie Morris for a morning when we pull the mask off Wonder Woman to see just what might dwell beneath (and how she functions!). As always, we’ll have three superb speakers who’ll shed light, share plenty of experience and truths, and inspire as we try to get this work/life balance thing sussed.

*Includes a luxury gift bag with amazing treats such as a Redken No Blow Dry Cream and much more, not forgetting, gifts for everyone from No7!

Be in with the chance of winning one of three €100 ?Marks & Spencer gift cards 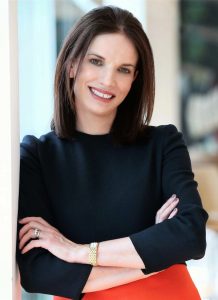 Louise Ryan was appointed as Managing Director (Ireland) for Irish Distillers Pernod Ricard in July 2016. ?Irish Distillers Pernod Ricard is Ireland’s leading supplier of spirits, wines and champagne, and producer of the world’s most well-known and successful Irish whiskeys. Before being appointed to the role of Managing Director she spent four years as Strategy and Insights Director.

Prior to joining Irish Distillers Pernod Ricard, Louise spent 14 years with Mars Ireland where she held numerous roles including Marketing Director and Commercial Director. She left Mars in in 2009 following the birth of her third child, in order to spend more time with her young family, working on a consultancy basis with a number of clients in the FMCG, Drinks, Retail and Healthcare industries before joining Irish Distillers Pernod Ricard in 2012. Louise Ryan graduated in 1995 with a degree in Business Studies from Trinity College Dublin and completed an MBS in the Graduate Business School at UCD the following year. 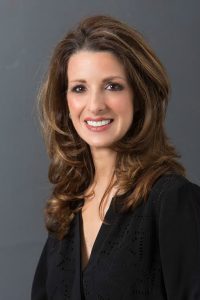 Gina London is an Emmy-winning veteran CNN correspondent and anchor who is now an internationally recognised speaker and communications consultant based in Ireland. Her predominantly Fortune 500 clients include SAP, McKesson, Heineken, Deloitte, Daimler and the US Department of State. A published author, she has been featured in a range of global media outlets including (Ireland): RTE TV, TV3, and every major national radio programme (Italy): Le Notizie; La Repubblica (Nigeria): The Nation, Your View, TVC, Channels TV; (Romania): In Business Today; (Egypt): The Rose; (UK); BBC; (US): CNN, Fox News, The Orlando Sentinel, The Denver Post, and Fast Company. Gina writes a weekly column for the Sunday Independent titled, ?The Communicator? and is a director with Fuzion Communications. 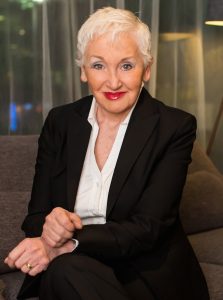 Terry Prone is a leading advisor on reputation management and crisis handling to corporations, Governments and individuals. A regular on TV, radio and the stage from her teens, she was one of the founders of Carr Communications. When she became Managing Director of that company, she expanded its reach so that it provided training and consultancy in seventeen overseas companies.
Five years ago, having sold Carr Communications, Terry, along with Anton Savage (MD of The Communications Clinic) and Eoghan McDermott (Head of Training, Communications Clinic) set up a new PR and training consultancy, which was highly successful from the beginning, advising clients as diverse as Government Ministers, pharma companies, agri-businesses and financial institutions.
Terry, who has written eight critically-acclaimed novels, an award-winning collection of short stories and more than a dozen practical guidebooks (including?This Business of Writing,?which is on the third level agenda for accountancy students) is an authoritative commentator on communications issues, appearing, in the last year, on NBC, CNN, PBS, BBC and ITV.