Just as no two women are the same, neither are any two management styles or creative visions. It is how we choose to innovate, lead, evolve and integrate that determines the success of our teams, businesses and bottom line.

Join IMAGE editor-in-chief Melanie Morris, and three of Ireland’s most inspiring businesswomen for a morning where we learn the magic of individuality on entrepreneurship and industry. We’ll see how personal style can grow success, leaving clich’s, glass ceilings and normcorp for dust. Because remember, the only limitations in life are the ones we put on ourselves.

*Includes a luxury gift bag including an amazing Yon-Ka beauty product, a Brooke and Shoals Sweet Basil, Bay & Neroli Diffuser and more! Not forgetting, gifts for everyone from No7! 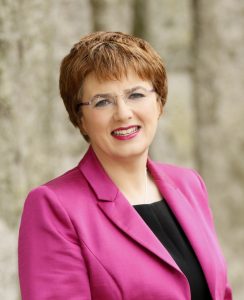 Margot Slattery is country president of Sodexo Ireland, part of the Sodexo Group, the world’s largest multi-services company. Margot is responsible for all its divisions operating in the Republic and Northern Ireland, it employs 2,300 staff at over 200 site locations and €98 million turnover in 2016.
Margot has received numerous accolades for her company’s business performance as well for role in supporting diversity and inclusion. ?She was Image Magazine CEO of the Year and Irish Tatler Businesswoman of the Year for 2016 and is listed as one of Out at Work/Telegraph’s Top 50 LGBT Executives; OUTstanding/Financial Times? Top 100 LGBT Business Leaders and Cranfield University School of Management’s List of 100 Women to Watch in 2016.

Avril Stanley has a very loyal following. The festival she and her team handcraft annually, Body&Soul, has sold out every year since its inception and continues to inspire its loyal audience. Travelling through India, Sri Lanka and Japan in her early 20s opened up a world of traditions, celebrations and experiences to Avril, but it was the Burning Man festival that was the catalyst for setting up Body&Soul. The feeling of community shared experiences and aliveness at the festival that ?leaves no trace? pushed her to attempt to rekindle that magic in Ireland. Avril won the Creative Businesswoman of the Year Award at the IMAGE Businesswoman of the Year Awards 2015. 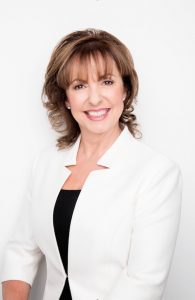 A business speaker full of wisdom, energy and positivity, Orlaith encourages audiences to believe that they can achieve anything. She offers keynotes with charm and great takeaways on business communication, entrepreneurship and leadership. Orlaith’s day job is working with leaders in the world’s top companies delivering executive training programmes, and preparing leadership teams for frontline communications. As a keynote speaker, she has addressed Ireland’s most influential business people, networks and political groups, and has also presented at conferences in the USA, UAE, Canada and throughout Europe. She is the author of the recent best-selling book, Perform As a Leader.