‘I’m addicted to reading my horoscope’

The resurgence in interest and belief in the horoscope has as much to do with economic and political uncertainty as it does with the internet, says Holly O’Neill. But it’s also about finding out how compatible you are with someone you fancy.

I wake up to 53 messages in the WhatsApp group. My friends are laughing at a meme of Adele, looking in disgust at an old Motorola Razr phone (remember those? Simpler times). The caption on the meme is: “me looking at these daily messages from Co-Star calling me trash.”

Co-Star is an app that, in its own words, is “a hyper-personalised social experience bringing astrology into the 21st century.” It sends you a daily horoscope notification, always simplified with a harsh, vague or dramatic call to action, such as: “It’s your responsibility to know how the world works” or “Change your hair” and if this all wasn’t sufficiently millennial enough for you, Co- Star has investment from make-up tech unicorn Glossier’s CEO Emily Weiss.

The Pattern is another daily horoscope app, currently at number 29 on the App Store charts for social networking – just one rank below Grindr. Take from that what you will. Well, what I’m taking from it is that there are almost as many gay people interested in meeting other gay people as there are people reading their daily personalised horoscope. On The Pattern, you can create custom profiles for people not on the app to gauge romantic and friendship compatibility, which is basically the 2020 version of reading your loved one’s horoscope. Hence the meme, “When she asks you, ‘And what time were you born at?’you know you’re in with a chance.”

You see, these apps don’t work just on the basis of our horoscope – they go off your birth chart, which posits that the location of the planets in the sky at the time and place of your birth reveals deep information about you, your personality, your desires, experiences, relationships and motivations. So why have crystals, tarot, astrology and all things cosmic re-entered the cultural conversation? Is it simply 1990s nostalgia, akin to the resurgence of scrunchies and Dr Martens? Or is it something deeper? Certainly, renewed interest in horoscopes always seems to come in tandem with a decline in religious faith and economic uncertainty. For many, these apps offer a sort of whimsical life-goals framework, offering them a sense of self-understanding and spirituality in a world of uncertainty.

“I think that people, particularly the young, are seeking meaning beyond the mundane,” says astrologer Stephanie Johnson, who develops astrology software and has an astrology consultation business. “As the church has let people down, they are looking to space and the universe as a place of awe.”

Horoscopes are certainly one of my sillier beliefs. Today alone, I have read my horoscope on various platforms – including two apps, the astrologer Susan Miller’s website (she gets 11 million views on her site every year), and I’ve had a look at the very popular Astro Poets on Twitter, who give one-liner daily horoscopes (“Sagittarius, there were so many days that you just let it pass, but this is not that day”), and scrolled past several horoscope meme accounts on Instagram. My favourite one today says, “No Sagittarius has all three: an uncracked phone screen / a regular-sized ego / free time”.

The first astrology column to appear in a newspaper appeared in the Sunday Express in August of 1930, post-Wall Street stock market crash, with the birth of Princess Margaret. “What the Stars Foretell for the New Princess” predicted that “events of tremendous importance to The Royal Family and the nation will come about near her seventh year”. In 1936, her uncle, Edward VIII, abdicated the throne, and the Sunday Express began writing weekly star sign columns. Many other newspapers soon followed suit.

The astrology apps of today are not the vague newspaper columns of the past. The Pattern app tells me to “expect the unexpected” until March 2020, Co-Star says that until June 2020, “inspiration will enhance my responsibility” and you can go deeper and deeper until the accuracy becomes creepy. Channing Tatum had a panicked rant about it on his Instagram last summer, saying, “I just got a notification [from The Pattern] on my phone this morning… that popped up using the exact words that we were using in therapy [yesterday]… How do you know what you know about me, Pattern?”

“Horoscopes are being written by university graduates and professionals these days,” says astrologer Jessica Adams. “This makes them superior to the bad old days when a newspaper or magazine junior was told to make them up. People love them for the new professionalism, I think. We’re looking at over 12 million hits a year. The biggest increase has been in young people in their twenties and early thirties.”

When things feel meaningless, it can be meaningful to think that the sky, stars and planets might hold interpretation and connection. As The Pattern says, “We are all part of a larger pattern, and your very existence is significant.” But there I go again, overthinking the insignificant details. Classic Sagittarius. 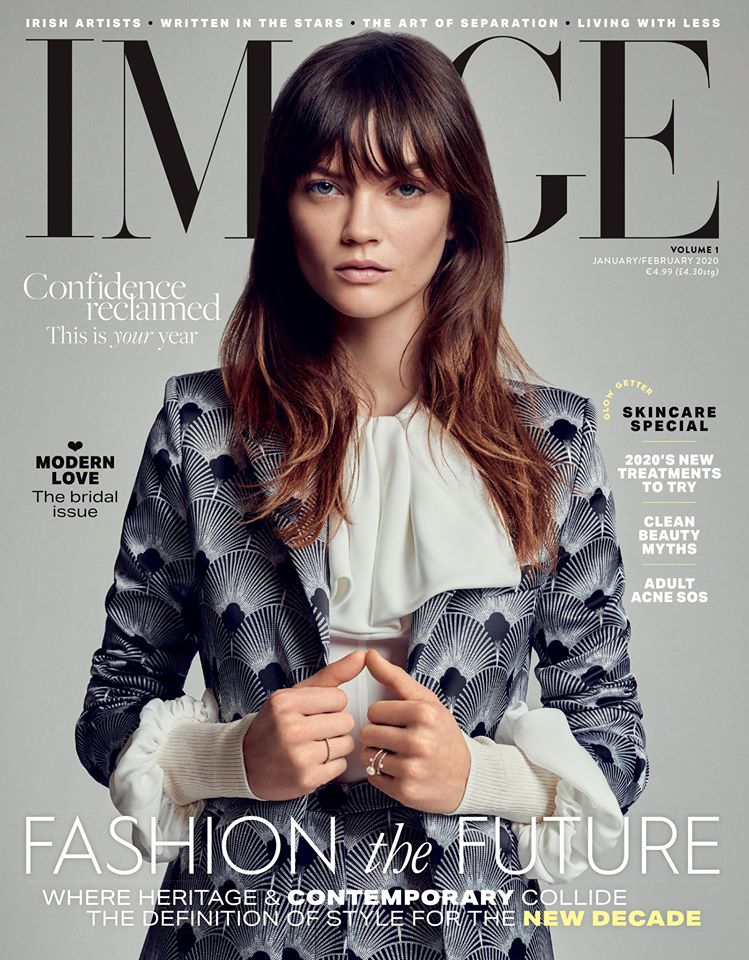 This article originally appeared in the Volume 1 (January/February) 2020 issue of IMAGE Magazine, on sale now.

Read more: An astrologist on what’s coming for your starsign in 2020

Read more: How to Marie Kondo your mind

Read more: A guide to maintaining a minimal closet