I am 27. I have been going out with boyfriend for 10 years. I had never watched Love Island. When my online editor heard this, it was bound to change.

As of last week I had not yet succumbed to Love Island fever. Now on Season Five, and massively popular (an estimated 3.3 million viewers tuned in on for this seasons premiere) it seems almost impossible I hadn’t seen one episode. But somehow I escaped.

So, a gentle nudge from my online editor after hearing me in disbelief as a colleague explained the concept of the ‘Hideaway’ room – it seemed time to give it a go.

My boyfriend and I have been together for 10 years, so the idea of strangers partnering up and sharing beds made us the perfect candidates to watch with a fresh perspective. Despite my pre-conceived notions of what the show would be like, I was actually excited to watch it and see what all the fuss was about, all for research purposes of course.

The episode we watched saw two new additions enter the show. They each got to choose guys they fancied the look of and then have dinner with them, but here’s the catch – just one course each.  You certainly wouldn’t be bored having a different boy to flirt with over starters, mains and desserts. Meanwhile, the rest of the contestants were confined to the villa and overlooking balcony.

Perhaps we tuned in to a particularly bad episode but watching those girls have dinner whilst being watched by other contestants on the balcony was uncomfortable and strange. The group of women watching began to shout, laugh and heckle the girls during their dates, which was behaviour that reminded me more of the school playground than real life. Until I remembered this isn’t really real life.

Related: The real reason we are so addicted to Love Island

In just 60 minutes I saw all the negative traits often thrown insultingly at women displayed in sharp focus. Jealous, possessive, bitchy, this behaviour was all on display and magnified further in a group situation. They felt threatened by the villa’s new additions, and it was frankly embarrassing to watch a group of young, attractive women behave in such a petty and nasty way to other young, attractive women.

And all of this for what reason? These new additions to the villa were on dates with boys already ‘coupled up’ with other housemates,  which although is the point of the show, seems to bring out the worst in these young women. 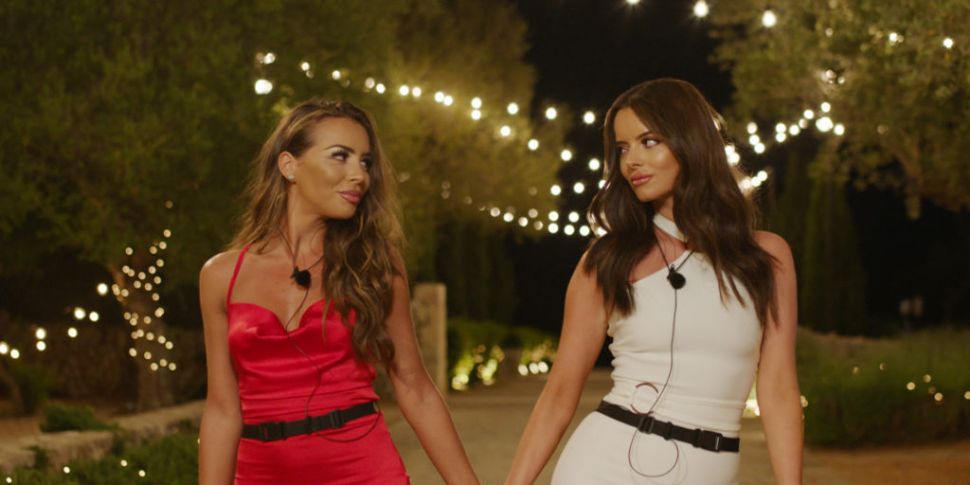 What really stuck out to my boyfriend and I is how close some of the contestants think they are to one another. This episode saw Molly Mae in a furious row with the other half to her ‘couple’ Tommy as he seemed to enjoy his date with new contestant Maura a little too much. The drama escalated to a screaming match between the two that you would be forgiven for thinking was between an actual couple who’ve been together a while. I asked my housemate how long they’d known each other. A few days.

Sharing a bed with someone is personal and creates a forced closeness between people, even if they are strangers.

This sense of ownership the contestants feel after knowing each other a mere week seems bizarre. It is at odds with how life goes on in the outside world. Perhaps it is the intensity of living and sleeping with each other? Sharing a bed with someone is personal and creates a forced closeness between people, even if they are strangers. It also leads to a false sense of intimacy and affection that you can see between some of the couples. For my long-term boyfriend and I, is hard to wrap our collective heads around it.

It’s not only the bitchiness that reminded me of school, but the fear of being chosen last. Housemates literally line up and ‘choose’ with whom to be coupled with. Being chosen last in this situation must be like that PE fear times a billion. Not only that, but the contestants regularly get to ‘re-couple’ and choose someone else throughout the show.

What kind of culture are we creating when young men and women think they can just switch up partners at the drop of a hat? It’s treating people as commodities in a way that is stomach churning, with it based on nothing but vanity (personality definitely comes second in here). Someone seemingly better looking comes into the villa and housemates are weighing up pros and cons of dropping their current other-half for a better, newer version.

None of this seems to bother anyone in the villa as, presumably, they were expecting this to happen when they signed up to go in. When a guy is ‘grafting’ for a different girl ‘his head’s been turned’. Even this phrase makes me cringe, implying the first person you chose didn’t do enough to keep you interested so you start looking the other way.

This normalising of switching partners does nothing for anyone’s confidence, creating a paranoia in the couples of not being good enough. 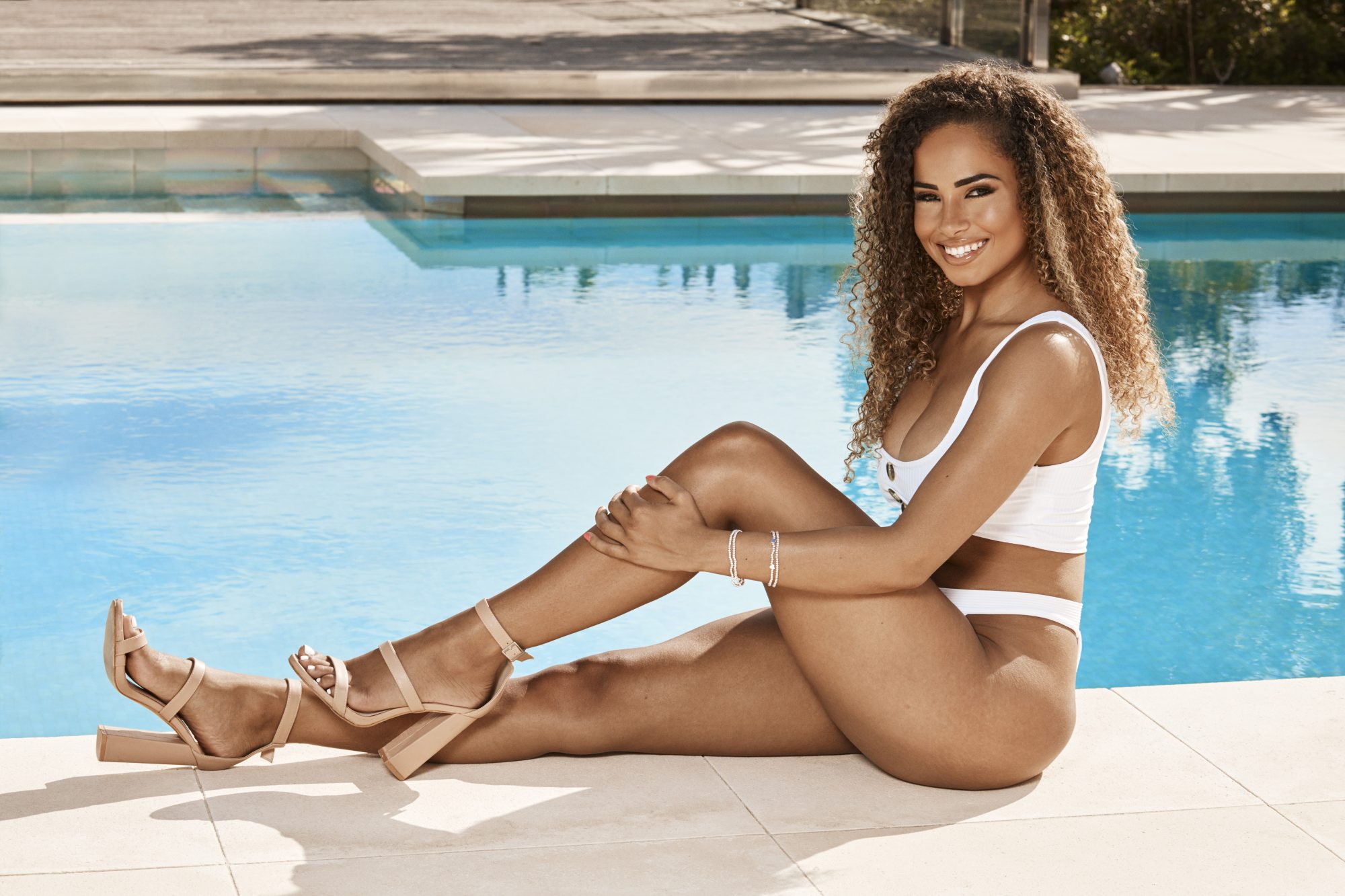 What struck me during one of the dates, once I got over Anton’s choice of outfit (his clothes were so tight his muscles looked like they could explode out of them at any moment, which was most likely the point) was him asking if she fancied him after only a few minutes chatting. On the island these are the constant questions: Do you fancy me? Do you fancy him? Do you think I’m good looking?

This need for approval and belonging feels somewhat desperate and also sad, as being deemed attractive is so important to them. Imagine meeting someone for the first time and needing to know within minutes how they rated you out of 10?

The show completely normalises the idea that people choose their partner based solely on looks for those watching. Obviously, this is partly what attracts us to our partners, but there is so much more at play like personality, chemistry and does that person make you belly laugh until you cry.

Considering we already have a crisis on our hands in terms of the damage social media does to the confidence of young men and women, a show like this can seem like just another drop in a very big ocean. I’ve heard arguments that Love Island doesn’t make a difference, people are already seeing this content on their phone all the time anyway.

Looking at bloggers and ‘fit-fam’ influencers on Instagram is one thing and it can already be damaging enough. But tuning in six nights a week to see not only society’s idea of what the perfect body looks like, but how they behave towards each other is something far more sinister. It’s primetime TV that is watched by the masses and then dissected the next day on social media. A show about nothing.

I grew up in the era of reality TV, so I’m not adverse to the concept. Big Brother, I’m a Celebrity and X Factor were regular viewing in my house as a teenager. None of these shows have any substance really – let’s stick a load of people in a house/island/jungle and see what happens.

In Big Brother especially, contestants were chosen because they were quirky, funny and hopefully their personality would clash with someone else’s. As far as TV goes it is vacuous and self-obsessed, reinforcing the idea that they are all the most important people in the room. This completely validates viewers, assuring them that how they look is far more important than anything they have to say.

People may read this and think, ‘oh for God’s sake its’s only a bit of fun’. I’m not judging anyone for watching the show – a part of me could just as easily get addicted and tune in six nights a week. But the attitude of treating it as harmless is damaging. This show is anything but harmless, it’s dangerous for young women and men watching as it skews their vision on how they should look and behave in today’s world.

There was talk of the show being taken off air before this season began, after the suicide of Mike Thalassitis earlier this year. This is the second cast member to die by suicide – contestant Sophie Gradon in 2018.

Luckily for me, I am 27 and grew up without the pressures of social media. Today’s teenagers are not so fortunate. My boyfriend and I sat and laughed at the stupid, childish behaviour when tuning in last week. But if I was 16, 17, 18 and watching, would I have felt the same? Considering that most people in that age range are at their most self-conscious and vulnerable, I think not.

7 Netflix picks we can’t WAIT for this September