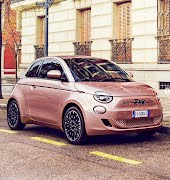 Gossip is a favourite national pastime. We’ve always loved to speculate about other people’s lives. Since the beginning of time people have been poking their noses into the neighbours back-garden. But now, as gossip moves online, a new beast rears its ugly head. Having been accused of running a page that seeks to ‘dissemble influencers’ on social media, and receiving hundreds of messages in the last 24 hours referencing this, there are some things I have learnt.

Social media has its fans and its critics, but one aspect cannot be debated. These platforms are designed to share and grow information rapidly. Where before gossip spread innocuously through word of mouth, in the era of digital influencing it spreads through secret Facebook groups, Instagram DMs and Whatsapp groups – in lightning speed. It harvests unwanted attention for unsuspecting users, it poisons our social media feeds and it curdles conversations. It pollutes respectable debate and, frankly, it’s headache-inducing.

We all know gossiping isn’t a great pastime. The temporary ‘hit’ you might get from a juicy tidbit, will not do you, or the subject, any good in the long run. In the current environment, where women are helping and raising each other up, this type of activity diminishes the hard work we’ve already done in getting to this point. Now more than ever we need harmony and support; especially when we’re weeks away from one the biggest referendum in the history of the state.

Here at IMAGE, we’re proud to support women who support women. We champion thought-leaders, the game-changers and the pacesetters. We raise them up. We give the small business-owner her first big online story. We follow the fashion designer from student to master and watch her flourish. We support women who lean in and step up with self-respect, self-reliance and dignity.

We’ve created an inspiring and aspirational community of women of all ages and ethnicities who are working towards the same common goals. We want to champion, support and bolster all those who get up and try to make a difference. This is why we’ve dedicated much of our time to running events like the Young Businesswomen’s Forum and our Networking Breakfasts that give women the leverage they need to do great things.

Every day, if we sleep for eight hours and are at work for another eight, we are left with eight free hours to do whatever we want.  Chose to spend these eight hours making the world a better place. You could train for the upcoming Women’s Mini Marathon or the Pieta House Darkness Into Light. You could practice some self-love by reciting some affirmations to give yourself a little lift. You could festoon your favourite pair of jeans with your pals or work your way through our 106 places to bring a date list. Or better yet, you could go offline entirely and enjoy living your life however way you choose.

It’s time to unite and cut the hostility. Ignore the voices screaming righteousness from behind screens. Let’s rise above the hearsay and hatred and instead focus our collective energy toward something greater and bigger; unity, friendship and strength.