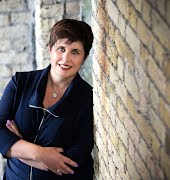 Times have changed, right? Women are now the breadwinners in many couples across the country. So, how does that make the blokes feel? Neil Brennan faced this reality when he realised his girlfriend made more than him…

Like most straight men, my favourite thing about my girlfriend has always been how much better than me she is. When I moved into Natasha’s apartment, her bookshelves struggled under the weight of academic tomes and Booker Prize-winners – I was busy trying to make space for my encyclopaedia of professional wrestling. It doesn’t stop with her brains: her seasoning of food is a revelation, she’s properly funny, and she’s even a teeny, tiny fraction better looking than I am. Then, over Sunday brunch, I found out exactly how much her new job was paying, and I nearly choked on my perfectly seasoned eggs.

When we started seeing each other, Natasha and I had been on roughly the same salary, but in the space of two jobs and two years, her wages had suddenly soared, while mine plateaued. She was now making around twice as much as me; firmly and undeniably the breadwinner. Gender equality had been a wonderful thing… until it happened to me. I spent most of that Sunday in a guilty, ego- fuelled huff. For a start, I made her pay when we went for a drink, in a half-joking, but also completely serious way. Minuscule quibbles suddenly shot into my brain and refused to budge. Why was I always paying for our taxis home? How come I rushed to the shop when we ran out of milk or toilet rolls? And how dare she take bus fare from my change jar? 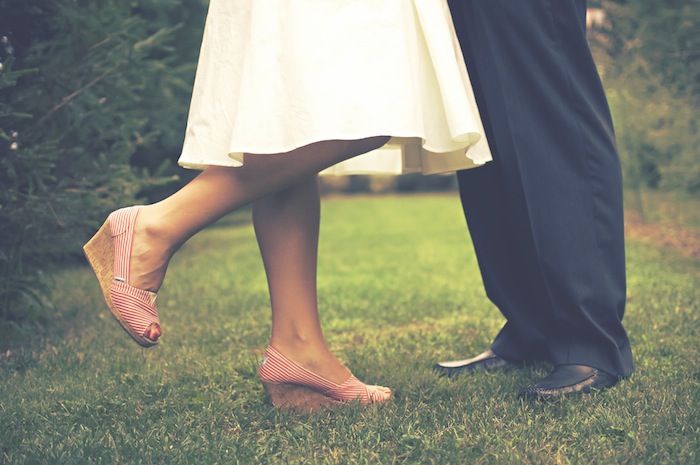 Why was I so put out? I knew Natasha had earned it, working stupidly hard and putting aside her love for what she studied at university when she realised it probably wouldn’t pay the bills. My job in radio is exciting and great craic, but suddenly having a ?fun? job felt a bit silly compared to the She-Wolf of Wall Street sat opposite me.

I probably should have spoken to her there and then, laid out how I was feeling, and given her a chance to respond. But that would have to wait. For now, my panicked self-pride needed to know: was I the only man grappling so ineptly with this?

?It was probably our only major fight,? my pal Alex tells me, sounding embarrassed about it even now. ?It triggered something within my caveman genes, the depths of my male insecurity.? The argument was over whether his girlfriend, who makes €20,000 more than him, should pay more of their household bills than he does. She wanted to, he fought back – without ever having any proper logic to explain himself. ?In the end, I just gave up,? he says. ?It still annoys me when she says, ?Don’t worry, I’ll get this?. Even smaller things like the Tesco shop,? he tells me, taking a break from his job in tech at an online retailer. ?Why do I have a problem with her making more, I don’t know. I’ve told her how much it annoys me that she’ll pay for things – but she’ll still do it anyway.?

Last year, I shared a house with a couple: Fiona had been headhunted by a huge multinational, having scored a top degree, while her boyfriend Pete worked part time in a leisure centre and diddled about on his PlayStation all day. Unlike Alex and me, he was Zen about the whole thing, but he was also a few years younger than us. Was that it? Does the crunch only come when it’s time for a couple to face serious life decisions: marriage, kids, buying a house?

?The only reason we’re possibly able to afford to have a mortgage next year is because of her salary,? says Alex. ?If she was on the same as me, we wouldn’t be able to. It drives me up the wall, and there’s no logical reason it should. I’m super-happy for her, she completely deserves it.?

So why can’t we, as nice guys, accept that our girlfriends are doing better financially than us? Alex’s answer comes fast: ?I wish I knew. It’s our problem, not theirs.?

He’s right. Sociologists like Professor Jacqueline Scott argue that society’s economic and professional attitudes have evolved a lot faster than our personal ones. Hence nice guys who have zero problem with a female boss in the office can still struggle with going home to one.

As always, the advice I find online is more confusing than the problem I am facing. How could I ‘stay manly? whilst also insisting we split the bill? But when my card is declined at a friend’s wedding after I offer to pay our tab, I decide enough is enough. So, hung-over on the flight back home, I tell Natasha that I’m deeply insecure about earning less money than her.

Honestly, she doesn’t even believe me at first. ?Is that really a thing for you?? I tell her that it is most definitely a thing for me. ?I don’t even think about it! I have my life and you have your life and we met in the middle. It doesn’t affect anything,? she says. ?It shouldn’t be a thing. We should celebrate the fact that women can now make more money than the men they’re with.? So why can’t I? ?Male ego,? she answers straight away – she’s thought about this a bit, I realise. ?I come across it more and more often; it’s something that you guys find really hard to control. I don’t think I’ve met a man who doesn’t have a problem with his ego… It’s very destructive.?

?You want to be able to be the one earning more money, able to buy me a Michael Kors handbag,? she smiles. ?That’ll be cool when it happens! But until then, I’m happy buying my own stuff, mister.?

Listening back to the tape, I got it at last. I hadn’t given any thought to not being the breadwinner, and my girlfriend was the same. The only difference was mine was a lazy assumption. Natasha had instead learned lessons from her mum’s hard work, actively sought out female mentors, and never settled for a world where she couldn’t earn more than any man lucky enough to go out with her. I banged on about equality and women’s rights, but always took it for granted that it would be on my own terms. There’s no such luck for men like me and Alex, and the sooner we make peace with that, the better.

Natasha wanted to make one thing clear, though: When the serious decisions have to be made in our life together, I’ll need to maximise how much I can make. ?Making a family is obviously about a lot more than how much money you make, but your career as a woman is questioned before, during and after your pregnancy. I want to spend a lot of time with my child and I’ll be counting every penny and relying on you.?

The first test of this theory is about to come: not with a child, but with a four-month-old French bulldog puppy we’re getting. I had shared my niggles with Natasha, so it was only fair she offload hers. ?When we were looking at the pet insurance, I wanted to get the €60 a month plan, but I thought that wouldn’t be fair on you.?
I tell her I’d be happy to let her pay the extra. ?Great!? she squeals. ?After all, the dog is more important than you.?