Are you totally over Fifty Shades of Grey? Well, then we pity you, because this vaguely erotic train will never stop. Never mind the blockbuster books, last February’s movie has two sequels lined up, and they will be made what with the first movie easily passing the half-a-billion box office. Therefore, the casting frenzy surrounding the second installment is a constant hothouse of headlines. Henry Cavill, Superman and the upcoming star of The Man From U.N.C.L.E who is interviewed in this month’s magazine, is the latest actor to find himself at the centre of casting rumours for the second movie in the planned trilogy, Fifty Shades Darker.

Is he replacing Jamie Dornan as billionaire businessman, with a pantry of pain, Christian Grey? A legitimate question, but no. The part Mr. Henry Cavill is supposedly circling is that of Jack Hyde, Dakota Johnson’s characters publishing boss who gets a little bit too close. Hyde’s proximity to the na’ve Anastasia Steele is the conflict for the second movie, so whoever gets the part will need to have smouldering glare to rival Jamie’s. 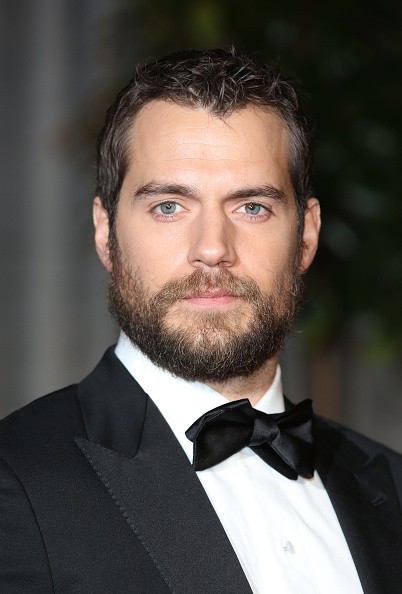 Adding fuel to the Fifty Shades fire are Cavill’s own comments. When asked about the role the actor, who grew up on the island of Jersey, said at a press junket in London, “How can I make this interesting? I think it’s probably best that I say nothing for now.? Cavill followed this enigmatic comment up by saying he’s ?not allowed to say anything”.

Cavill then followed up these follow-up comments with even more perplexing behaviour, telling USA Today he wasn’t serious. ?I’m not in ?Fifty Shades of Grey.? I’m for real. I’m just messing with everyone,? he said, adding that he enjoyed his media experiment. The plot surrounding this entire franchise is actually so byzantine that maybe this is the movie that should be made.

The next Fifty Shades movie won’t be in cinemas until 2017, so there’s some time for casting, but we think Henry is a pretty good bet despite his back and forth shenanigans. He is also very good looking, and that will probably help us watch the movie without hurting too much. After all, the departure of director Sam Taylor-Johnson from the film series does not bode particularly well.