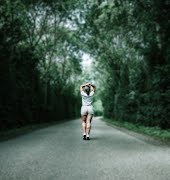 A teaser trailer for season three of The Handmaid’s Tale aired during the Superbowl last night.

The drama, based on the best selling novel by Margaret Atwood, shows a dystopian version of the United States called Gilead and stars Elisabeth Moss as the lead character Offred.

Hulu released the 10-second teaser which hinted at what Offred’s fate might be, after the cliffhanger ending of the second season.

The teaser trailer is based on a 1984 political campaign by Ronald Reagan called ‘Morning in America’, and begins with a message saying there are now more women in the workplace than at any point previously.

The narrator says: “Today, more women will go to work than ever before in our country’s history. This year, dozens of children will be born to happy and healthy families.”

The teaser then takes a dark turn with Elizabeth Moss’ character saying, “Wake up America, morning’s over.”

A specific release date has not been announced for season three just yet; with the only hint saying “coming soon”.