GurlsTalk: One Models Journey From Addict To Activist

Adwoa Aboah had a turbulent start to life through fighting addiction. Now, however, Adwoa has found strength in her weaknesses and focused all her energy creating Gurls Talk – a unique online?platform that promotes and nurtures female?empowerment, equality, and strength.

Adwoa Aboah was young when she started experimenting with drugs. Her concerned parents sent her to a treatment centre in Arizona for rehabilitation, where she says she met the “women who came into my life when I needed them the most – the women who actually saved my life” and inspired her to start Gurls Talk. She lost a friend to an overdose and soon relapsed. Despite being a model, being judged on her appearance made her question her self-worth -“I think if you don’t like being in your skin, it doesn’t matter how many times people say you’re beautiful.” In October 2014, Adwoa tried to take her own life?and was in a coma for four days before being committed to a psychiatric hospital.

Adwoa attended an all-female recovery meeting where she says women “were sharing the most intimate details of their lives…heir relationships with their husbands, to their exhaustion with their children, their sex lives? all the things one might feel too ashamed to talk about in front of men, or even in front of each other. But there was no competition, no judgment, no shame.” Realising that she was not alone on her journey,?Aboah felt compelled to reach out to others and used?Instagram?(which already has close to 45,000 followers) as a way to kickstart her GurlsTalk campaign and share her story. A website and quirky merchandise quickly followed suit.?Gurls Talk is her way of using her own negative personal experience of depression and addiction, to get girls around the world discussing mental health, sexuality and body image. 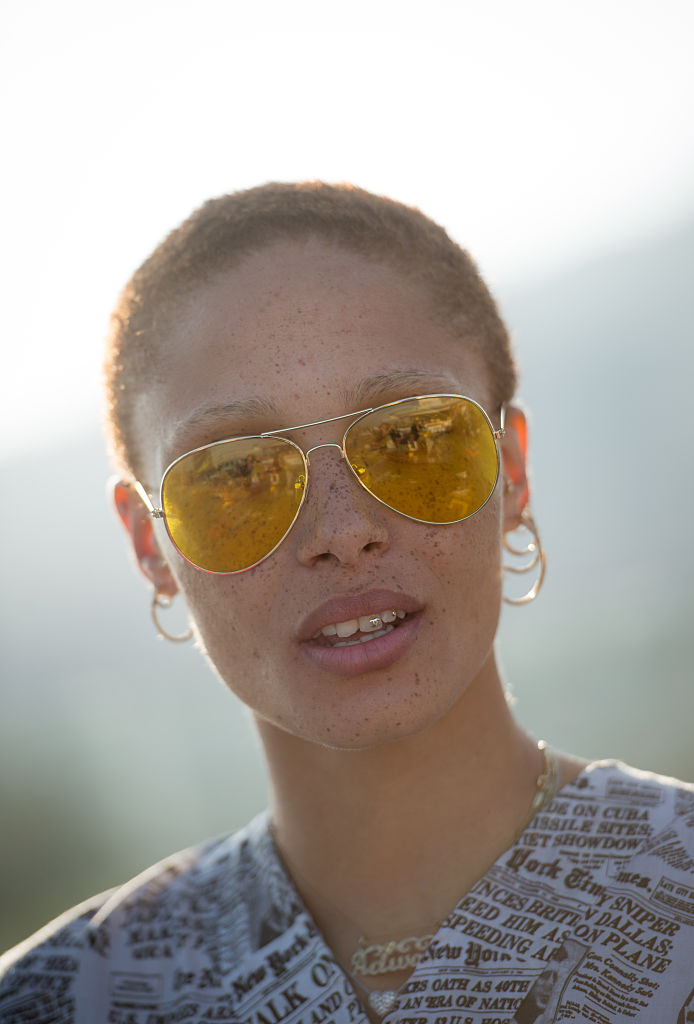 In the first episode, Adwoa travels to LA to meet with the women reclaiming power over their own bodies through the#FreeTheNipple campaign, the global movement that started on Instagram and aims to tackle gender equality by “highlighting the difference and social attitudes between male and female bodies”. Adwoa meets Lina Esco, the founder of the movement and the young women fighting for body autonomy in the street.

READ MORE: One Third Of Irish Women?Report Low Or No Confidence

In part two, Adwoa visits the stripping industry in LA – which now employs more women than ever before and is worth one billion dollars. Adwoa meets dancers to find out if stripping can be empowering, discuss why they have chosen their careers, the stigma surrounding it, how they explore their sexuality and respect and independence.

In the third and final episode, Adwoa meets M.I.A.’s drummer, MBA grad, and activist Kiran Gandhi, who made headlines when she ran the 26 mile London marathon on her period, without a tampon – which she saw as a personal rejection of her own oppression under the patriarchy (read here why she doesn’t care what you think). ?Adwoa visits a tattoo parlour with her friend Brooke Candy to discuss sexual freedom, and finally meets all-female motorcycle club The Velvets, to explore how too many spaces in this world have been taken by men and how together we can make a difference for the future of womanhood.