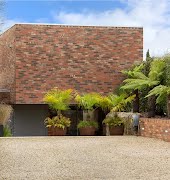 They’re Back: Is It Ever Too Late To Move Back Home?

For the first 21 years of  life there’s an ideal roadmap. It’s pretty clear; the preferred dropped pins are more or less universal- Primary School, a few summer camps, Secondary School, College. The aim is to do well at every stage so as to advance to the next, but these days the whole thing looks more like a Snakes & Ladders board than an Ordnance Survey and the atlas of the known world runs out of pages astonishingly quick. The result? Grown children remaining at home ad infinitum.

Sometimes it’s because they need a subsidised perod of self- reflection, sometimes it’s because even though they’ve secured a post at one of the Big Four or on the Google Campus, they still won’t ever have enough for a mortgage. Sometimes they just need to take time off from the extreme sport that is queuing for a flat rental.

An estimated 20% of Irish couples over 45 are finding their large (and often very hairy) offspring coming back home to roost for extended periods, or never leaving the nest in the first place. What the other 80% don’t realise is that the physical stamina required to mind a grousing infant pales in comparison to the emotional demands of dealing with someone you love who hasn’t a clue about what to do next. And never, ever turns out the lights. Or (un)loads the dishwasher.

More than one friend says she finds it all more head-wrecking than any other parenting stage. Maybe that’s because over the years, you’ve worked hard to make your house a civilised place – you haven’t impaled your foot on Lego in decades – so the impromptu 3am fries for 15 in your kitchen wear especially thin. Trite as it sounds, that is part of it, but the real reason you want them out is that they’re not really sorted til they’re gone. And while you surf recruitment websites on their behalf, newly-minted graduates are no doubt kicked back with the remote, seemingly unaffected by any external forces. They may have once occupied digs or rooms or gone on Erasmus or worked in an Australian cocktail bar, but there the yearning for independent existence seems to have ended. Daily laundry service and five-star catering apparently trump jingling your own set of keys and finding a way to afford your own set. They simply have it too good.

If you’re a veteran with at least two decades of service, it can’t have escaped your notice by now that you have limited mental resources. Sure, you can stay up late every night worrying vicariously about CV template choices and listings on Daft but it’s probably a lot healthier for everyone if you get on with your life. You know, lead by example and all that.