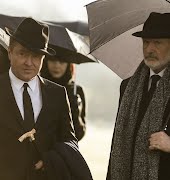 Grocery workers are putting themselves at risk for us. It’s time we thanked them

Doctors, nurses and medical workers are all deserving of the ‘hero’ title. But there are those working closer to home that deserve our thanks too

It’s become a bit of a painful ordeal to have to go out for groceries these days. The prep of a mask or scarf to cover my face, the social-distancing queuing, the panicked avoidance of other shoppers and the hand washing that happens immediately afterwards all makes for a pretty anxiety-filled experience. I prefer to get what I need and get out, and avoid supermarkets for the majority of my week. Thankfully, I have the freedom to do that. But if I worked there, it wouldn’t be so simple.

Since the beginning of the Covid-19 outbreak, retail workers in supermarkets and grocers (which have become ever-more popular as people realise their necessity) have been put under increasing pressure. Their job to provide the public with essential supplies has become, well, more essential, which is evident from the massive queues and ridiculous panic-buying that many of us have engaged in.

Grocery workers are now, quite literally, in the front line in the fight against coronavirus. They are keeping one of the final industries that is still open for business alive, and keeping all of us customers alive too. Retail workers have to go into work every day and put themselves and their families in danger of catching Covid-19 — they have to deal with hundreds of members of the public every day, work closely with surfaces that may be harbouring the virus, and deal with demand for products that has never been as high before. They have to do this while trying to keep themselves healthy, and constantly worrying about the family members they may be putting at risk just by going into work.

The general public are rude at the best of times — some treat retail workers as if they’re beneath them. They take the term ‘unskilled worker’ to mean ‘undeserving of basic decency’ and spend a lot of their time in supermarkets in a total disregard for the workers who are serving them. During this crisis, I can only imagine how those behaviours have been heightened. I can only imagine how much harder it is to deal with if you’re a retail worker right now.

We congratulate the doctors and nurses, and clap the members of the HSE who put their lives on the line for us, as we absolutely should — they are heroes and deserve to be lauded as such. But the so-called ‘unskilled workers’, whose ‘unskilled’ skills became essential pretty damn quick when all this started, deserve appreciation too. Food and cleaning products and medication are of huge importance at a time like this — the people who give us access to these things should be thanked, not cast aside and ignored.

When I cast my mind back to when I last held a retail job, I was in college. I worked in an off-license part-time for about three years to fund my social life. I didn’t take the job seriously — I was young and just using it as a way to make extra money. If I had been in that position, and had suddenly been thrust into a global crisis situation, where my job became paramount to people’s safety and survival, I don’t know how I would have coped with it.

Where every day in work would be like the lead-up to Christmas, except there was no excitement, no light at the end of the tunnel, and I also had to sanitise everything in sight, I don’t know how I would have dealt with it. The pressure and the confusion and the anxiety would have been a lot to take on — and that’s what grocery workers are now feeling every single day.

We could all do with being a little kinder, showing a little more appreciation. The next time you go to the supermarket, instead of grabbing all the toilet roll on the shelf and shoving your way to the queue, maybe ask the person at the till how they are. Really listen to their answer. Tell them you appreciate what they’re doing. If it makes even a small difference to their day, it’s worth it.

Read more: Calls for domestic abuse victims not to be ‘abandoned and ignored’ during Covid-19 outbreak

Read more: 7 Irish-made Easter eggs you can get delivered before the big day