We are used to dismissing some of the pseudoscience from Goop, the lifestyle blog of Hollywood actress Gwyneth Paltrow. But this time has it gone too far? 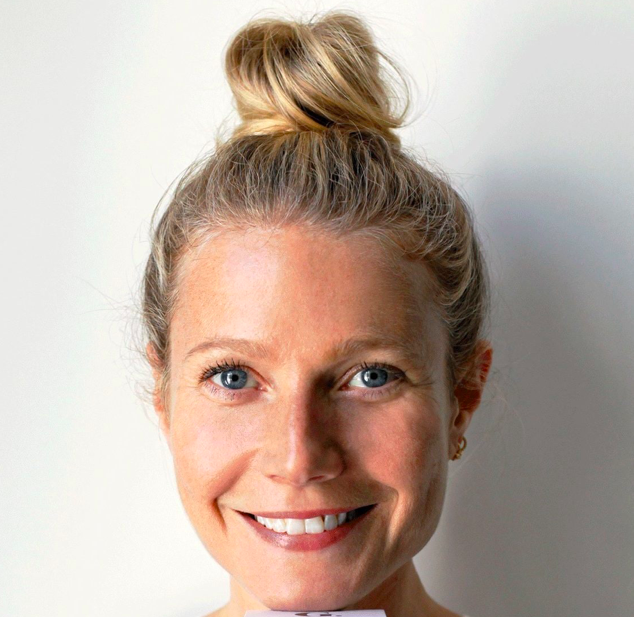 Look at that face…

It makes it pretty easy for Gwenny fans to want to follow every tiny snippet of beauty advice she has to offer.

But, for some, the latest blog from Goop – based around how to be your best weight, reeks of thinspo.

The lifestyle blog, known for its unusual beauty advice (vaginal jade eggs, anyone?) encouraged readers to try to reach their “leanest liveable weight”. But some scientists have dismissed this idea as glorifying weight loss and the encouragement of eating disorders.

They say there is no way of figuring out what this lowest weight may be for an individual.

Their advice is to love food but eat less of it rather than cutting out entire food groups or taking up extreme dieting.

According to the Goop blog, by Dr Traci, your “leanest liveable weight” is the weight at the low end of your “set range.”

“Embrace it—it’s where your body wants you to be, it’s easy to maintain, and you can be healthy there.”

What does that mean?

Well, as Dr Traci explains; “Your set range is a genetically determined range of weight that your body generally keeps you in, despite your efforts to escape it. If your weight is below that range, biological changes due to calorie deprivation happen, and generally push you back into your set range. However, if you stay within your set range—at the lower end of it—you should be able to maintain that weight without your body making those negative changes.’

She says it doesn’t always mean it is your dream weight either:

Since this weight is within your set weight range – where your body tries to keep you – the only reason you would need to diet is if you’re currently well above that range. Otherwise, using sensible strategies should get and keep you there.”

So far, so common sense, right?

But is the hysteria over the article part of our fear of jumping to conclusions and judging anything that encourages people to lose weight as “dangerous”?

In a world were there is far more likely chance you will be overweight rather than underweight, are people overreacting? Perhaps this is simply an issue of semantics.

“What’s wrong with talking about losing weight or limiting your weight, as long as it’s done in a healthy way?”

The phrase itself is badly put, but the idea behind it isn’t as negative as some may think. The bottom line is that we are all different and if you want to slim down, you need to understand what weight and size you can maintain healthily.

But in this age of wellness, talking about weightloss is now frowned upon.  Diet has become a dirty word.

Of course, we are delighted to see the end of ‘bikini body’ messages on the front covers of magazines and while strong is the new skinny, are we in danger of kidding ourselves that losing weight shouldn’t be discussed, ever?

Weight Watchers have rebranded themselves to WW to illustrate their desire to focus on well-being rather than weight loss. But is dropping the weight part just an exercise in branding as we are more likely to spend money on being ‘healthy’ rather than being ‘thiner’?

Speaking to the Telegraph, Nutritionist Ian Amber Giving said that people who want to lose weight a structure works and we shouldn’t be so dismissive of the idea. “By removing the word, which along with ‘diet’ has become so loaded in recent years, they want us to think the company’s aim is to make people healthier.

But health and weight have always been conflated. And anyway, what’s wrong with talking about losing weight or limiting your weight, as long as it’s done in a healthy way?”

In fact, the first thing a doctor will do is weigh a patient. How heavy we are in an pretty good indication of overall health.

As a nation, we are getting fatter. Obesity will overtake smoking as the leading cause of cancer in women by 2040. Influencers recognise that wellness sells better than diet tips, so the marketing machine whirs. The paradox is that while ‘wellbeing’ is the word du jour, we are not getting any healthier.

And while Gwyneth Paltrow and her fancy-pants lifestyle brand is an easy target for those who have been convinced that any weight loss advice is an outrage, perhaps it is time we stopped being so headline-hysterical.

Maybe instead, we should take the time to research before reacting, recognise the commercial aspects of how we are being influenced, and focus on our own health journey, whatever that may be.

Read more: Why a woman’s happiness is not tied to her weight

Read more: 10 tips for parents when speaking about weight with your child