The increasing greying of motherhood throws up ethical complications for some, but is it really anyone else’s business? Amanda Cassidy reports.

“How dare you! You could be the grandmother. You’ll be dead before she grows up.” Model and Actress Brigitte Nielsen reveals some of the criticism she received when she announced her pregnancy at the age of 54. The mother-of-five gave birth to daughter Frida – her first child with 39-year-old husband Mattia Dessia –  last June. Nielsen had IVF treatment for 14 years before she finally achieved a successful outcome. Speaking to The Guardian this week, she says that no one should criticise her choices because she has a lot to offer her daughter. “There’s nothing wrong with wanting to have a baby whether you’re 20, you’re 30, you’re 40 or, in my case, 50.

Some find it ridiculous, some find it awful, and some love it. I don’t really think it’s anyone’s business. It’s my husband and my life and we love what we do.” 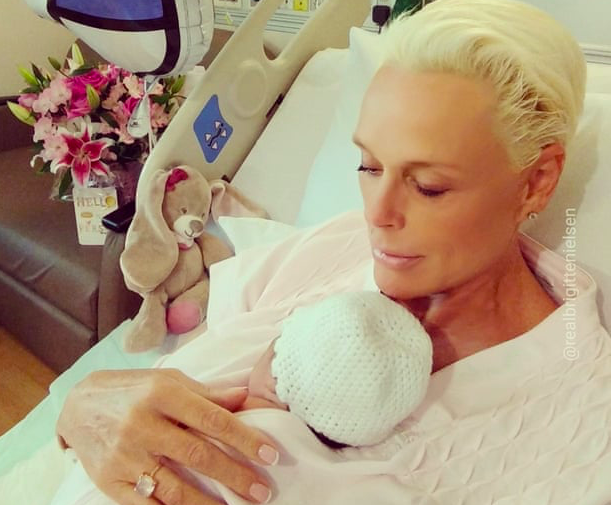 Neilsen, who is Danish, was previously married to Sylvester Stallone. She said that she started freezing her eggs aged 40 and was given a 3-4% chance of conceiving with her own eggs. After a decade of failed IVF attempts, when she finally got pregnant, her doctor told her not to tell anyone until she was at least 27 weeks pregnant when there is a 98% chance that it will result in a healthy birth. Now, aged 55, Neilsen says there are benefits to having a baby in her 50s. “I had no idea what I was doing when I had my first baby at 20. I was all over the place.” 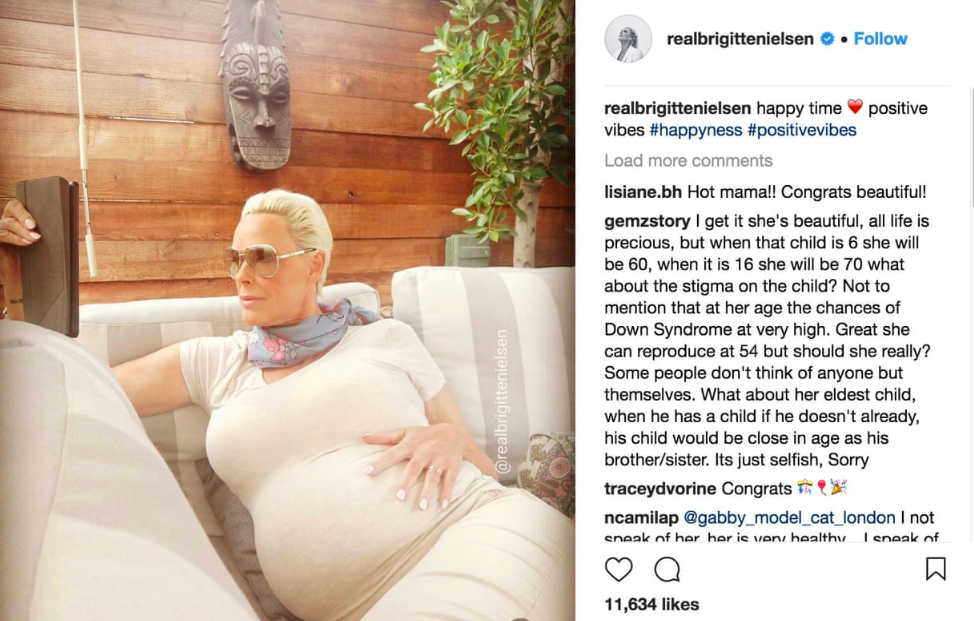 But not everyone is so encouraging of those who go on to have their babies later in life. Some of the online criticism was too nasty to transcribe, but you can imagine it revolves around the words selfish and unnatural. While we, as women, are aware of the risks associated with late fertility – miscarriage, premature birth or having children with genetic abnormalities, as a society we fail to account for the psychosocial factors that affect children born to older mothers.

A study carried out from the Aarhus University in Denmark found that a higher maternal age is linked to increased psychosocial wellbeing during pregnancy and in the days after birth.

It also suggests that older mothers are “less likely to punish and scold their children while raising them and that children have fewer behavioural, social and emotional difficulties.  Older mothers tend to have more stable relationships, are better educated and are likely to have greater access to material resources. Professor Dion Sommer, who headed up this research, said that it is because “People become more mentally flexible with age, are more tolerant of other people and thrive better emotionally themselves”.

So while it may be recommended by health professionals to have children earlier in life, knowledge, sex education and attitudes may not be reflecting the demographic changes in society that lead to late fertility. We know that the proportion of women over 40 giving birth has trebled in the last 30 years. The delay is blamed on lack of money, people taking longer to find the right partner and work concerns. With an inadequate childcare system, often motherhood requires a career forfeit – a sacrifice not everyone is willing (or able) to take. 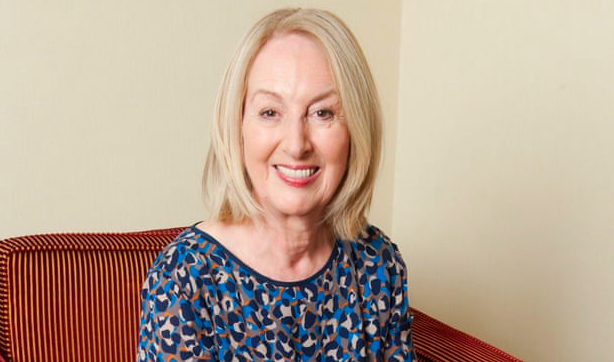 Carole Hobson was 58 when she gave birth to her twins. She spent over 20,000 pounds on five rounds of IVF and travelled to India to have six fertilised donor eggs transferred before getting pregnant. Her twins Freida and Matthew were born in 2010. She told the Daily Mail just after their birth,  “I think I’m coping with motherhood better as I’m more motivated than when I was younger.”

Often the idea of choice is simply an illusion. Having a baby in your 50s may not be something that anyone strives for (you may be more patient and mentally flexible but there is no doubt it is harder physically to recover from). Perhaps the celebrity fetishism of older pregnancy is misleading. We only hear about the wonderful success stories rather than the cruel reality of failed IVF and how it can erode a relationship.

At the end of the day, a couple’s route to parenthood is, rightly, nobody’s business but their own.

Brigitte Neilsen’s focus is now on protecting her baby daughter. She is philosophical about the path she has taken. “I wonder why this all happens now,” she says. “I think the reason is I’ve been doing very well for years now, psychologically and physically. I wish I’d always been like this – but better late than never.”

“Multiple miscarriages or pregnancy loss is a lonely place”