Gisele Addresses Those Break Up Rumours

NEW YORK, NY - MAY 05: Tom Brady (L) and Gisele Bundchen attend the "Charles James: Beyond Fashion" Costume Institute Gala at the Metropolitan Museum of Art on May 5, 2014 in New York City. (Photo by Mike Coppola/Getty Images) 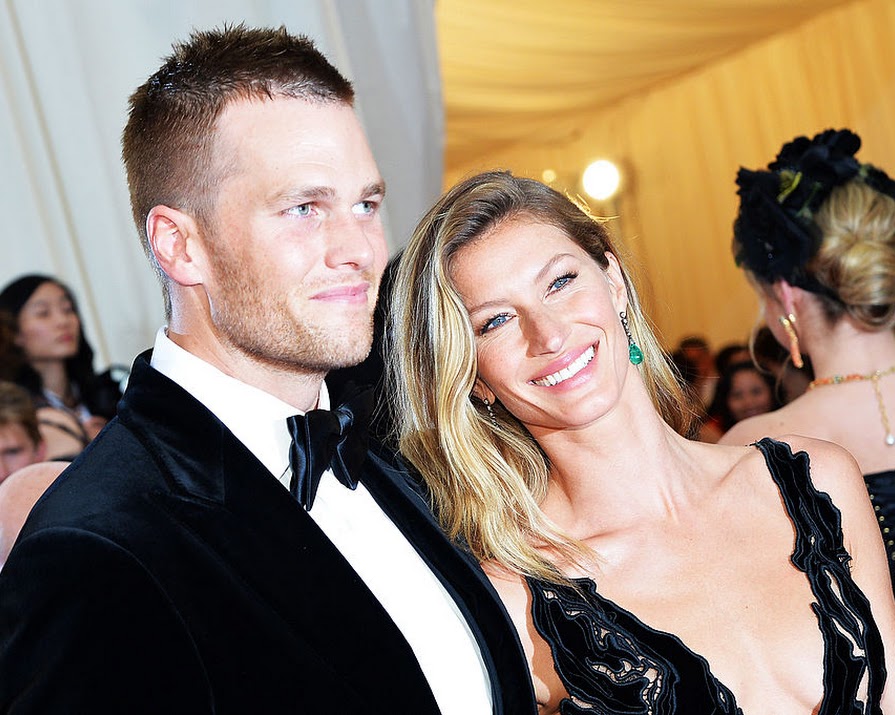 One of the world’s most successful models, Gisele B?ndchen, has hit the headlines again, only this time she’s trying to put rest to constant speculation over her high-profile marriage to American footballer, Tom Brady.

Earlier this year, reports were rife that the couple’s union was on the rocks but the supermodel, who recently retired from the runway, said they remain united, despite going through ?tough times.?

In a surprise turn, Gisele was candid about her relationship with Brady, and admitted much of the couple’s difficulties began prior to their marriage, when she discovered her then-boyfriend Brady, who she had only been dating for a few months at the time, was expecting a child with his ex-girlfriend, the actress Bridget Moynahan. There was predicted media furore, and the 35-year-old said she was uncomfortable with the way the situation panned out.

?I didn’t know what to do. It was kind of one of those moments of like, ‘do I just run away?'” she told CBS This Morning. “I think it was very challenging for everyone involved. I think, you know, eight years later, we have a great relationship… it all worked out in the end, but it was a tough time.”

So, that puts rest to those are they/aren’t they rumours, for the time being at least. The couple married in 2009 and had two children together; Benjamin, who is five-years-old and two-year-old Vivian. B?ndchen is also stepmother to Brady’s first-born son John.

The couple hasn’t had the easiest of years. Just a few months ago, Brady’s sports career (he’s a quarterback with the New England Patriots) was hit with much scandal, after footballs at one of his games were allegedly tampered with, leading to the media and sports world focusing on what was deemed ?Deflategate?. He was subsequently suspended, and this led to frequent reports that his marriage to the supermodel was under extreme strain. B?ndchen was also subjected to criticism after she was spotted visiting a plastic surgery clinic in Paris while wearing a burqa as a disguise. However, the year is ending on a positive for the Brazilian, whose $700 a-pop book sold out just weeks after going on sale.

She also added that she has no regrets about leaving the world of modelling, citing the “energy and dedication and focus” that she gave to the first 20 years of her fashion career as the reasons she now feels so fulfilled as a woman and a mother.